The modern state is a welfare state and not just police state.

The modern state is a welfare state and not just police state. The state assumes greater roles by creating economic and social overheads, ensuring stability both internally and externally, conserving resources for sustainable development and so on. 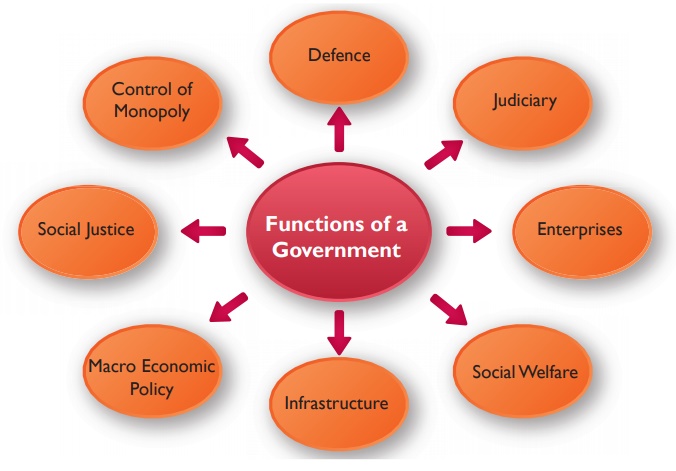 The primary function of the Government is to protect the people from external aggression and internal disorder. The government has to maintain adequate police and military forces and render protective services.

Rendering justice and settlement of disputes are the concern of the government. It should provide adequate judicial structure to render justice to all classes of citizens.

The regulation and control of private enterprise fall under the purview of the modern State. Ownership of certain enterprises and operating them successfully are the responsibilities of the government.

It is the duty of the state to make provisions for education, social security, social insurance, health and sanitation for the betterment of the people in the country.

Modern States have to build the base for the economic development of the country by creating social and economic infrastructure.

During the process of growth of an economy, certain sections of the society gain at the cost of others. The Government needs to intervene with fiscal measures to redistribute income.

In fine, the state can play three kinds of roles.

i) As a producer of goods and services.

ii) As a supplier of public goods and social goods.

iii) As a regulator of the system.