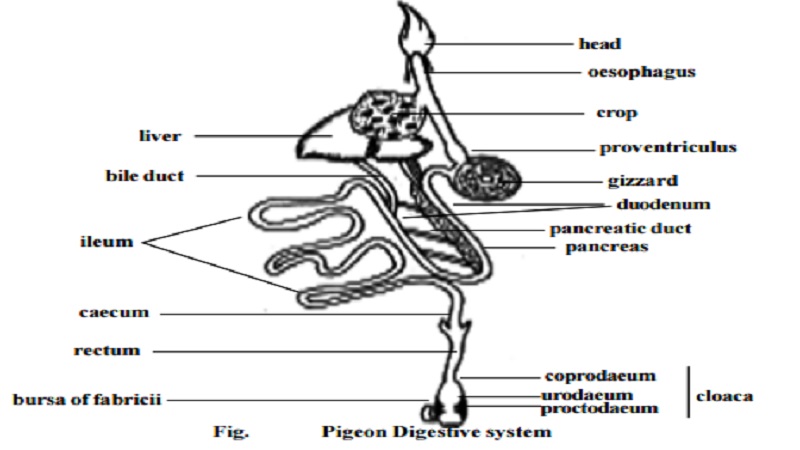 The endoskeleton of pigeon is strong but lightly built. The texture of the bone is often spongy. Bone marrow is absent. The air spaces from the lungs may continue into the bones, making them light.

The endoskeleton of pigeon is strong but lightly built. The texture of the bone is often spongy. Bone marrow is absent. The air spaces from the lungs may continue into the bones, making them light. The bones are more or less devoid of bone marrow. These are called Pneumatic bones. Most of the bones except those of the tail, forearm, hand and hind limb contain air spaces. In general there is a tendency for the reduction and fusion of bones. It gives rigidity to the skeleton.

The wings are the modified forelimbs. They are organs of flight. The musculature of the forelimbs are greatly modified in response to the function they perform. Flight is the coordinated effort of a number of paired muscles of which the following are most important.

These are the largest breast muscles. They are about one fifth of the body weight. By the contraction of this muscle the wings are lowered during flight.

These are smaller but longer than pectoralis major. By their contrac-tion the wings are raised in flight.

These small flight muscles pull the wing downwards in flight.