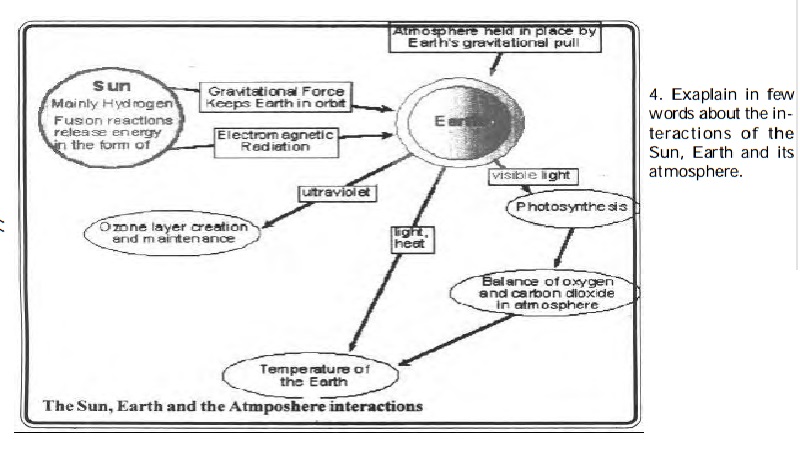 Our planet is the only place in the universe that supports life. Life on Earth requires a variety of organic and inorganic nutrients. These nutrients continuously recycle through the interactions of organisms and their environments. Recycling chemicals essential to life involves both geological and biological processes. These pathways are called biogeochemical cycles and have three things in common.

1.       Reservoirs  :  These are where the chemical is held in large quantities for long periods of time.

For example, the oceans are a reservoir for water cycle, while a cloud is an exchange pool. Water may reside in an ocean for thousands of years, but in a cloud for a few days at best. The biotic community also serves as an exchange pool and also move chemicals from one stage of the cycle to another. For instance, the trees of the tropical rain forest bring water up from the forest floor to be evaporated into the atmosphere. Likewise, coral polyps take carbon from the water and turn it into limestone rock. The energy for most of the transportation of chemicals from one place to another is provided either by the sun or by the heat released from the mantle and core of the Earth.

The nitrogen cycle is one of the most difficult of the cycles to learn, simply because there are so many important forms of nitrogen, and because organisms are responsible for each of the interconversions. Nitrogen is critically important in forming the amino portions of the amino acids which in turn form the proteins of our body. Proteins make up skin and muscle, among other important structural portions of our body, and all enzymes are proteins. Since enzymes carry out almost all of the chemical reactions in our body, it's easy to see how important nitrogen is.