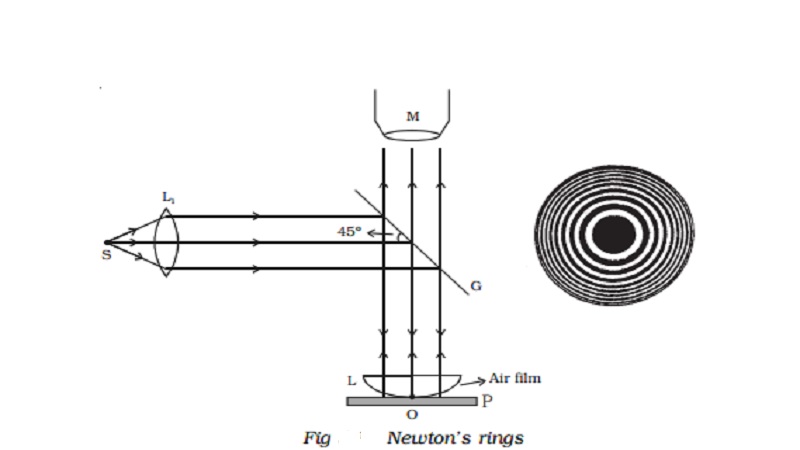 An important application of interference in thin films is the formation of Newton's rings. When a plano convex lens of long focal length is placed over an optically plane glass plate, a thin air film with varying thickness is enclosed between them. 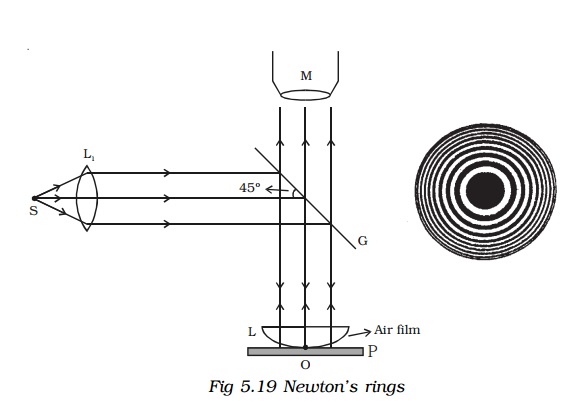 The formation of Newton’s rings can be explained on the basis of interference between waves which are partially reflected from the top and bottom surfaces of the air film. If t is the thickness of the air film at a point on the film, the refracted wavelet from the lens has to travel a distance t into the film and after reflection from the top surface of the glass plate, has to travel the same distance back to reach the point again.

Expression for the radius of the nth dark ring 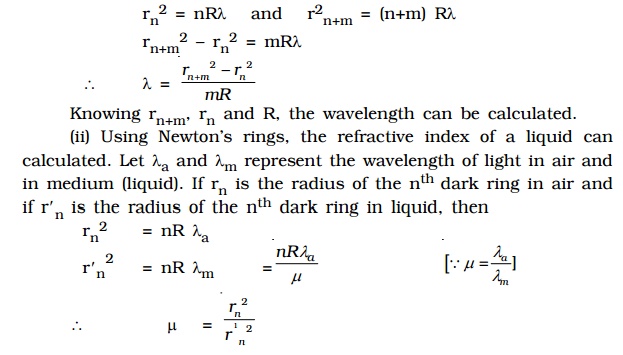