When these lamellar membranes are isolated by homogenization and fractionation of the cell, they re-form into vesicles called microsomes. Microsomes retain most of the morphologic andfunctional characteristics of the intact membranes, including the rough and smooth surface features of the rough (ribosome-studded) and smooth (no ribosomes) endoplasmic reticulum. Whereas the rough microsomes tend to be dedicated to protein synthesis, the smooth microsomes are relatively rich in enzymes responsible for oxidative drug metabolism. In particular, they contain the important class of enzymes known as the mixed func-tion oxidases (MFOs), or monooxygenases. The activity of theseenzymes requires both a reducing agent (nicotinamide adenine dinucleotide phosphate [NADPH]) and molecular oxygen; in a typical reaction, one molecule of oxygen is consumed (reduced) per substrate molecule, with one oxygen atom appearing in the product and the other in the form of water.

In this oxidation-reduction process, two microsomal enzymes play a key role. The first of these is a flavoprotein, NADPH-cytochrome P450 oxidoreductase (POR).One mole of thisenzyme contains 1 mol each of flavin mononucleotide (FMN) and flavin adenine dinucleotide (FAD). The second microsomal enzyme is a hemoprotein called cytochrome P450, which serves as the terminal oxidase. In fact, the microsomal membrane har-bors multiple forms of this hemoprotein, and this multiplicity is increased by repeated administration of or exposure to exogenous chemicals (see text that follows). The name cytochrome P450 (abbreviated as P450 or CYP) is derived from the spectral proper-ties of this hemoprotein. In its reduced (ferrous) form, it binds carbon monoxide to give a complex that absorbs light maximally at 450 nm. The relative abundance of P450s, compared with that of the reductase in the liver, contributes to making P450 heme reduction a rate-limiting step in hepatic drug oxidations. 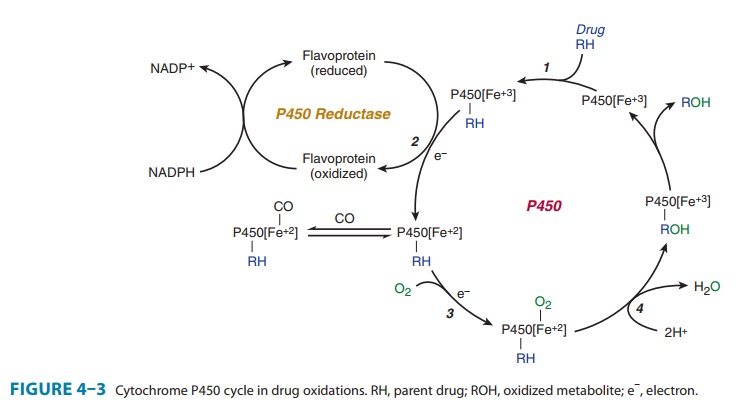 Microsomal drug oxidations require P450, P450 reductase, NADPH, and molecular oxygen. A simplified scheme of the oxida-tive cycle is presented in Figure 4–3. Briefly, oxidized (Fe3+) P450 combines with a drug substrate to form a binary complex (step 1). NADPH donates an electron to the flavoprotein P450 reductase, which in turn reduces the oxidized P450-drug complex (step 2). A second electron is introduced from NADPH via the same P450 reductase, which serves to reduce molecular oxygen and to form an “activated oxygen”-P450-substrate complex (step 3). This complex in turn transfers activated oxygen to the drug substrate to form the oxidized product (step 4).The potent oxidizing properties of this activated oxygen permit oxidation of a large number of substrates. Substrate specificity is very low for this enzyme complex. High lipid solubility is the only common structural feature of the wide variety of structurally unre-lated drugs and chemicals that serve as substrates in this system (Table 4–1). However, compared with many other enzymes including phase II enzymes, P450s are remarkably sluggish cata-lysts, and their drug biotransformation reactions are slow. 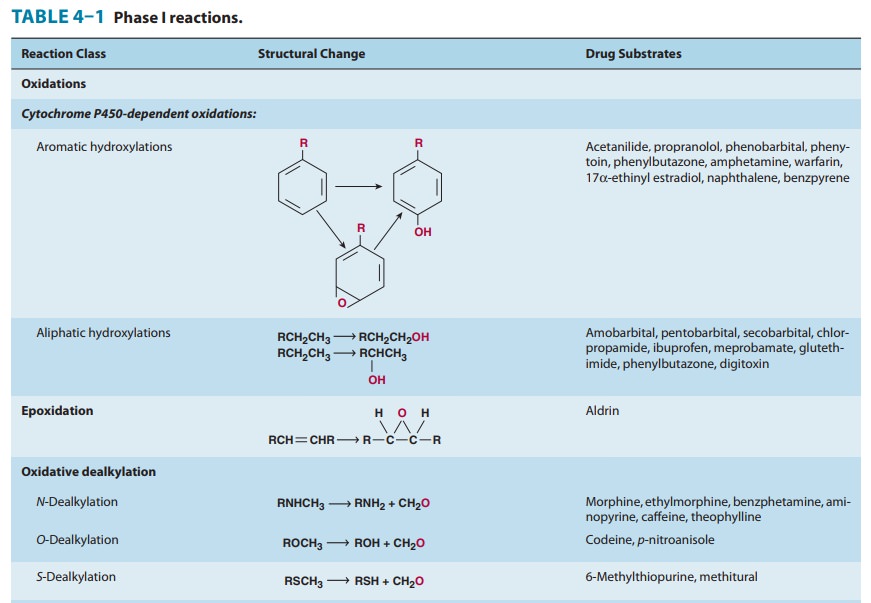 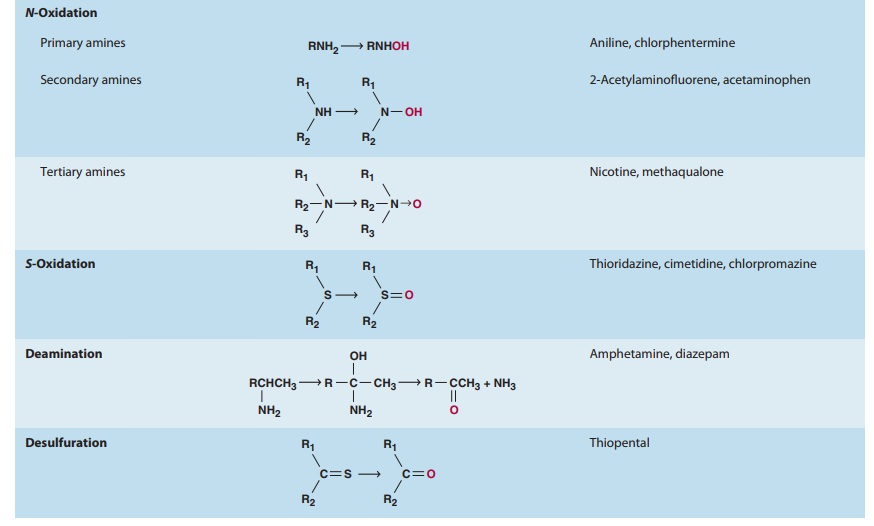 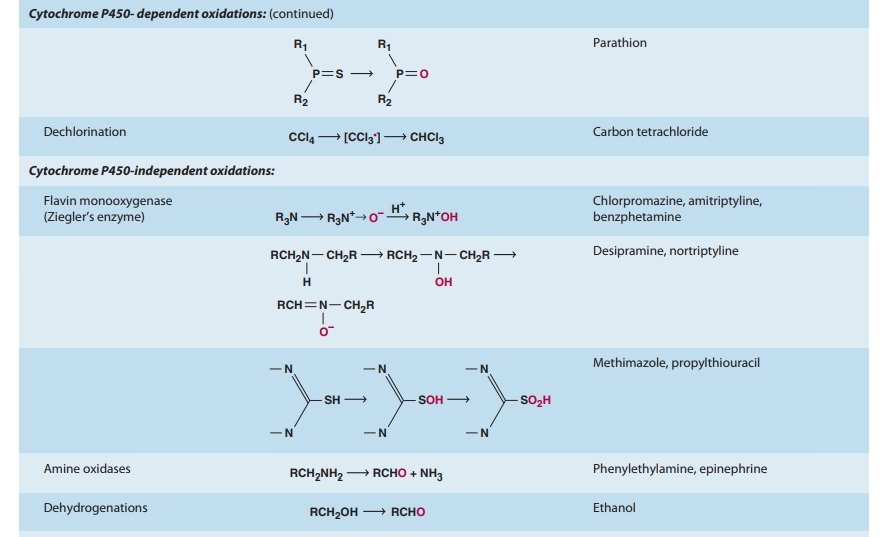