In the last 30 years or so, there has been a revolution in the field of genetics, which has had a profound effect on virtually every other area of biology.

In the last 30 years or so, there has been a revolution in the field of genetics, which has had a profound effect on virtually every other area of biology. This has been due to the development of new techniques that have enabled scientists to analyse and manipulate DNA in a quite unprecedented way. Genetically modified crops, DNA ‘fingerprinting’ and gene therapy are just three of the many applications made possible by these ad-vances.

The beginnings of genetic engineering can be said to date from the discovery, in the late 1960s, of a class of bacterial enzymes called restriction endonucleases (REs). These are enzymes that cleave DNA into pieces by mak-ing breaks in the sugar-phosphate backbone; in nature, they serve to destroy any foreign DNA that may enter the cell. They do not cut the DNA in a random fash-ion, however; their unique usefulness to the molecu-lar biologist lies in the fact that they break the DNA in a precise and reproducible manner. They do this bycutting only at specific recognition sites, sequences of typically four to six nucleotides (Figure 12.1). Thus, under favourable conditions, a particular RE will di-gest a given piece of DNA into an identical collection of fragments, time after time. In the ensuing years, many hundreds of restriction endonucleases have been discov-ered, many of which recognise different specific sequences, providing biologists with a hugely versatile tool for the manipulation of DNA, often likened to a pair of molecular ‘scissors’. Not long after REs were first isolated, they were used to create the first man-made recombinant DNA molecule (Figure 12.2). This involved cutting 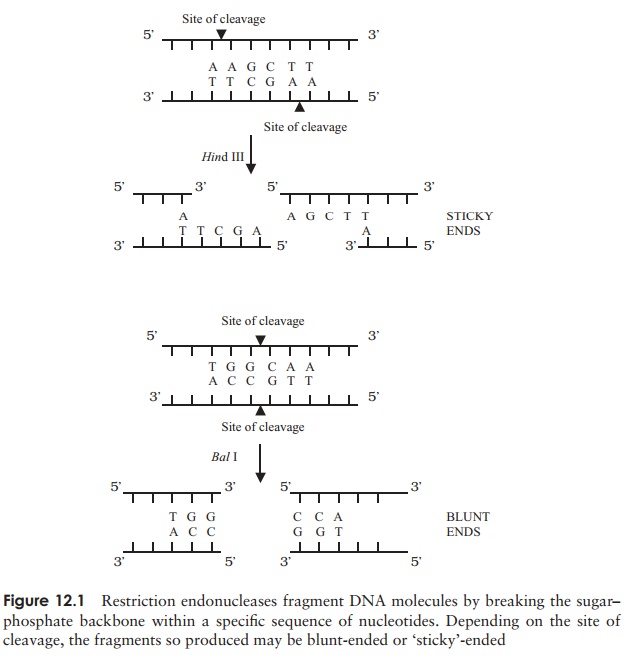 fragments of DNA from different sources, then using another enzyme, DNA ligase to join them together, a process facilitated by using fragments with compatible ‘sticky’ ends. Remember that A always pairswith T and C with G; because of this, complementary sequences that come into contact with one another will ‘stick’ together. DNA, it seems, is DNA, wherever it comes from; consequently DNA from plants, animals, bacteria or viruses can be joined together to create novel sequences undreamed of by Mother Nature. 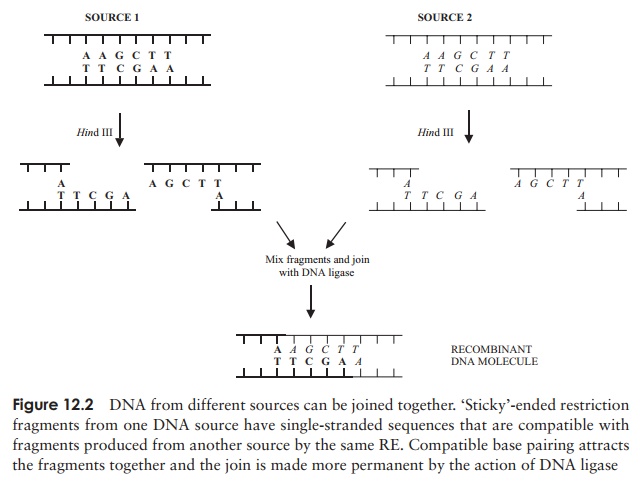 Of course, a single molecule of our newly recombinant DNA is not much use to us. The important breakthrough came with the development of cloning – the ability to produce huge numbers of copies of a given molecule. Todo this, two further things are needed: a carrier DNA molecule called a vector, and a host cell in which it can be replicated. 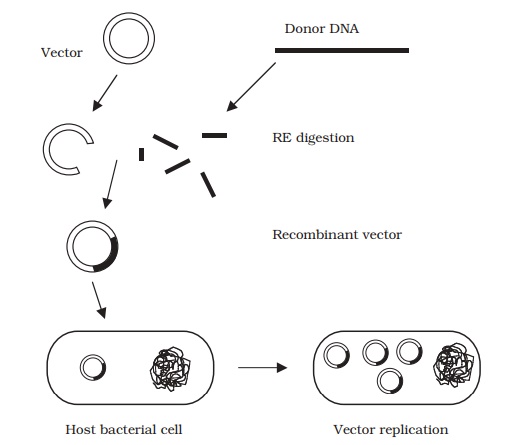 Figure 12.3 shows the main steps of a cloning protocol:

·              the vector replicates inside the cell, making further copies of the inserted DNA

·              host multiplication results in the formation of a clone of cells, all containing the same recombinant plasmid – we now have millions of copies of our donor DNA ‘insert’. A collection of such clones is called a DNA library.

Let us look at role of vectors in a little more detail. The main features required of a cloning vector are:

it must be capable of replicating autonomously inside a host cell – when it does so, any DNA it carries willalso be replicated. Vectors make multiple copies of themselves inside the host cell.

it must be relatively small – to facilitate manipulationand entry into a host cell, vectors must not exceed a certain size.

it must carry a selectable marker – since only a pro-portion of host cells will take up the vector, there must be a means of differentiating them from those that do not. A common way to do this is to use a vector that carries a gene that confers resistance to an antibiotic such as ampicillin. When bacterial cells are plated out on a medium containing the antibiotic, only those that have taken up the vector will be able to form colonies. (The host strain must, of course, normally be suscep-tible to the antibiotic.)

it must carry a single copy of RE restriction sites – in order to accommodate a pieceof donor DNA, a vector must be cut by a restriction endonuclease in one place only (Figure 12.3).