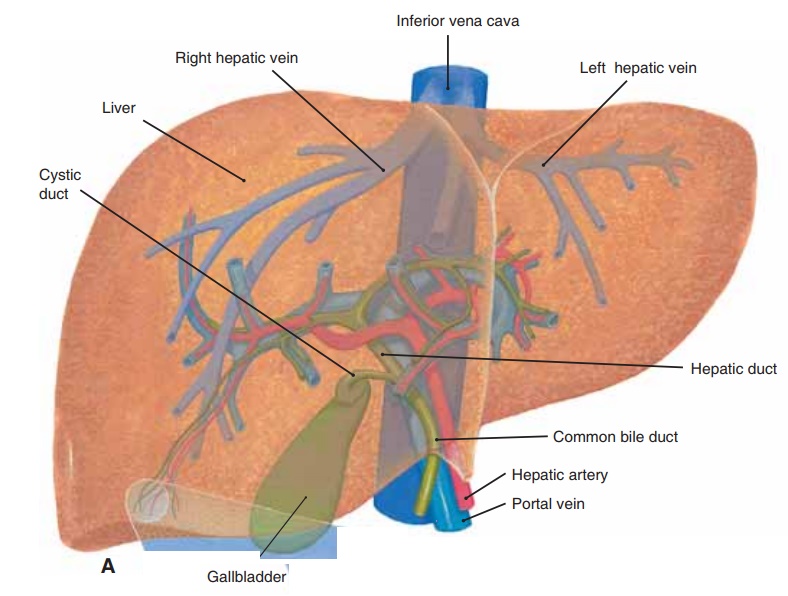 The liver consists of two large lobes, right and left, and fills the upper right and center of the abdominal cavity, just below the diaphragm.

The liver (Fig. 16–6) consists of two large lobes, right and left, and fills the upper right and center of the abdominal cavity, just below the diaphragm. The structural unit of the liver is the liver lobule, a roughly hexagonal column of liver cells (hepatocytes). Between adjacent lobules are branches of the hepatic artery and portal vein. The capillaries of a lobule are sinusoids, large and very permeable vessels between the rows of liver cells. The sinusoids receive blood from both the hepatic artery and portal vein, and it is with this mixture of blood that the liver cells carry out their functions. The hepatic artery brings oxygenated blood, and the portal vein brings blood from the digestive organs and spleen (see Fig. 13–7). Each lob-ule has a central vein. The central veins of all the lob-ules unite to form the hepatic veins, which take blood out of the liver to the inferior vena cava. 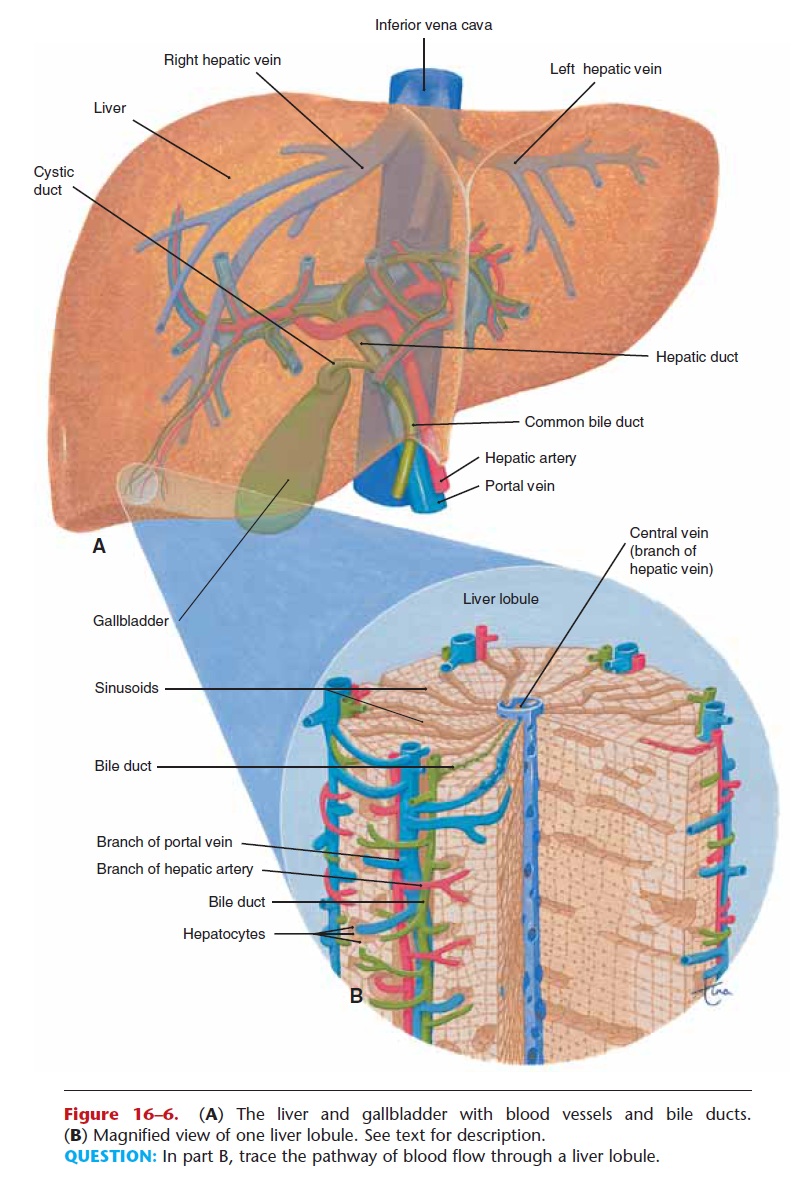 The cells of the liver have many functions (which are discussed in a later section), but their only diges-tive function is the production of bile. Bile enters the small bile ducts, called bile canaliculi, on the liver cells, which unite to form larger ducts and finally merge to form the hepatic duct, which takes bile out of the liver (see Fig. 16–6). The hepatic duct unites with the cystic duct of the gallbladder to form the common bile duct, which takes bile to the duode-num. 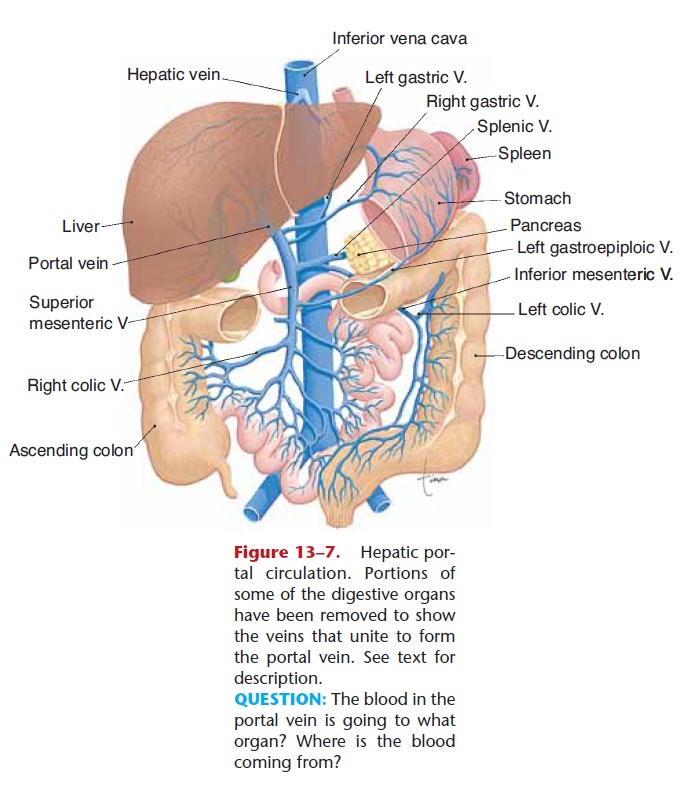 Bile is mostly water and has an excretory function in that it carries bilirubin and excess cholesterol to the intestines for elimination in feces. The digestive func-tion of bile is accomplished by bile salts, which emul-sify fats in the small intestine. Emulsification meansthat large fat globules are broken into smaller glob-ules. This is mechanical, not chemical, digestion; the fat is still fat but now has more surface area to facili-tate chemical digestion.

Production of bile is stimulated by the hormone secretin, which is produced by the duodenum when food enters the small intestine. Table 16–2 summa- rizes the regulation of secretion of all digestive secretions. 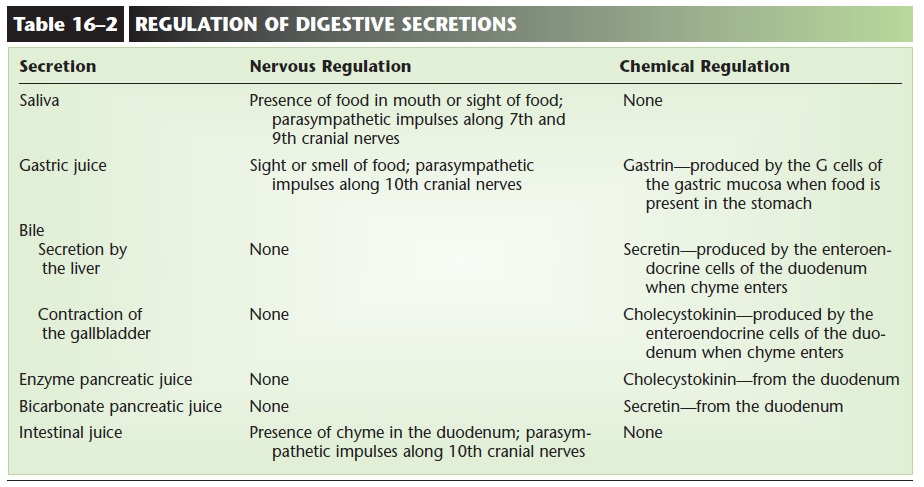