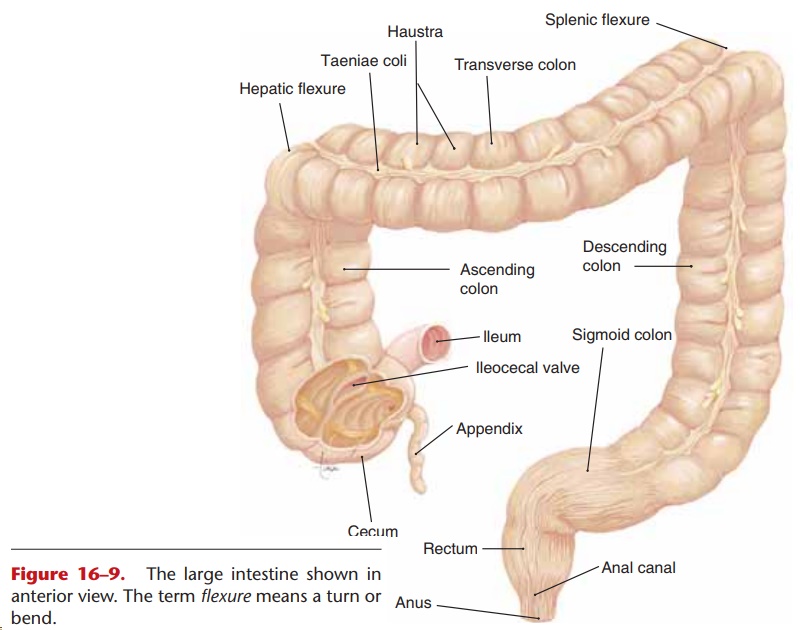 The large intestine, also called the colon, is approx-imately 2.5 inches (6.3 cm) in diameter and 5 feet (1.5 m) in length. It extends from the ileum of the small intestine to the anus, the terminal opening. The parts of the colon are shown in Fig. 16–9. The cecum is the first portion, and at its junction with the ileum is the ileocecal valve, which is not a sphincter but serves the same purpose. After undigested food (which is now mostly cellulose) and water pass from the ileum into the cecum, closure of the ileocecal valve prevents the backflow of fecal material. 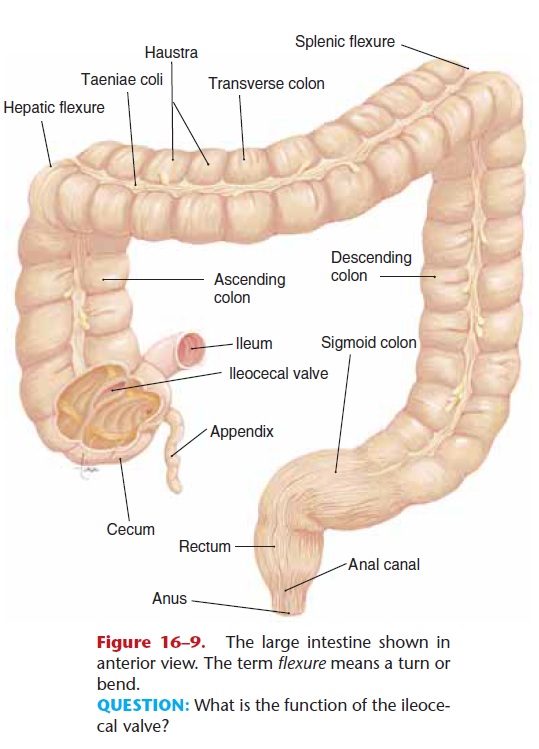 Figure 16–9. The large intestine shown in anterior view. The term flexure means a turn or bend.

QUESTION: What is the function of the ileoce-cal valve?

No digestion takes place in the colon. The only secretion of the colonic mucosa is mucus, which lubri-cates the passage of fecal material. The longitudinal smooth muscle layer of the colon is in three bands called taeniae coli. The rest of the colon is “gathered” to fit these bands. This gives the colon a puckered appearance; the puckers or pockets are called haustra, which provide for more surface area within the colon.

The functions of the colon are the absorption of water, minerals, and vitamins and the elimination of undigestible material. About 80% of the water that enters the colon is absorbed (400 to 800 mL per day).

Positive and negative ions are also absorbed. The vita-mins absorbed are those produced by the normal flora, the trillions of bacteria that live in the colon. Vitamin K is produced and absorbed in amounts usu-ally sufficient to meet a person’s daily need. Other vitamins produced in smaller amounts include riboflavin, thiamin, biotin, and folic acid. Everything absorbed by the colon circulates first to the liver by way of portal circulation. Yet another function of the normal colon flora is to inhibit the growth of pathogens.

Feces consist of cellulose and other undigestible mate-rial, dead and living bacteria, and water. Elimination of feces is accomplished by the defecation reflex, a spinal cord reflex that may be controlled voluntarily. The rectum is usually empty until peristalsis of the colon pushes feces into it. These waves of peristalsis tend to occur after eating, especially when food enters the duodenum. The wall of the rectum is stretched by the entry of feces, and this is the stimulus for the defe-cation reflex. 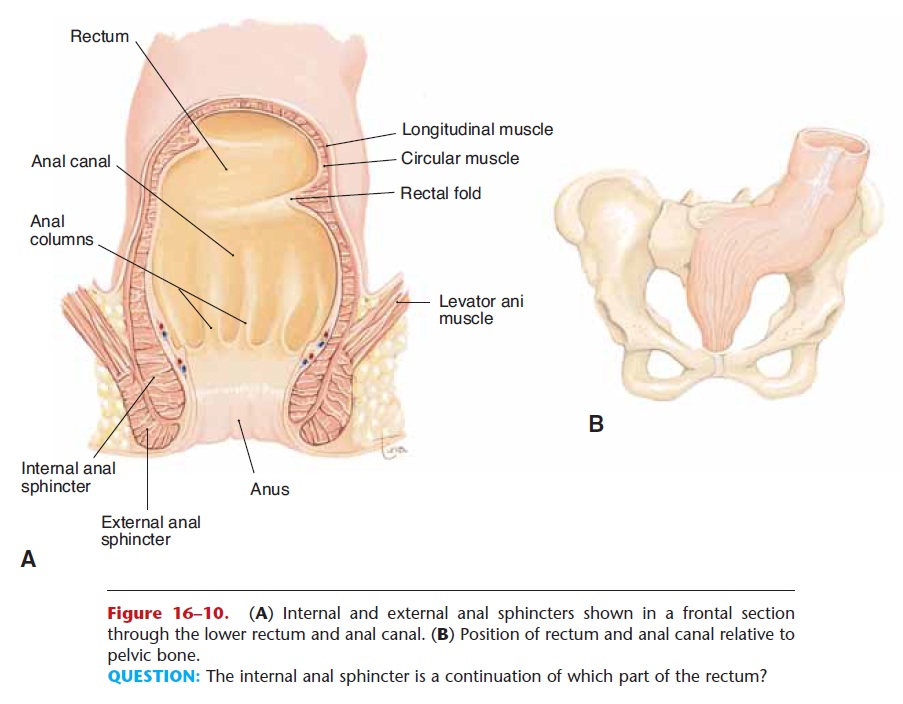