Although lipids can be large molecules, they are not regarded as macromolecules because unlike proteins, polysaccharides and nucleic acids, they are not polymers of a basic subunit.

Although lipids can be large molecules, they are not regarded as macromolecules because unlike proteins, polysaccharides and nucleic acids, they are not polymers of a basic subunit. Moreover, lipids do not share any single structural characteristic; they are a diverse group structurally, but have in common the fact that they are insoluble inwater, but soluble in a range of organic solvents. This non-polar nature is due to thepredominance of covalent bonding, mainly between atoms of carbon and hydrogen. 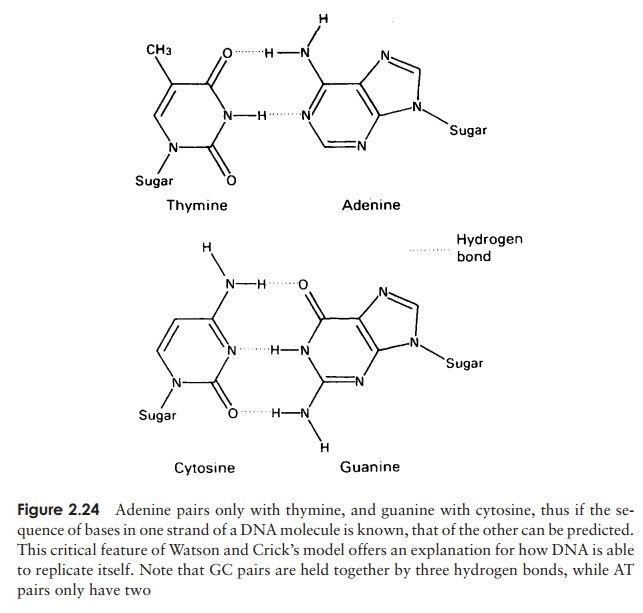 Fats are simple lipids, whose structure is based on fatty acids. Fatty acids are long hydrocarbon chains ending in a carboxyl (-COOH) group. They have the general formula:

wheren is usually an even number. They combine with glycerol according to the basic reaction:

The bond so formed is called an ester linkage, and the result is an acylglycerol (Figure 2.25). One, two or all three of the -OH groups may be esterified with a fatty acid, to give respectively mono-, di- and triacylglycerols. Natural fats generally contain a mixture of two or three different fatty acids substituted at the three positions; consequently, a considerable diversity is possible among fats. Fats serve as energy stores; a higher proportion of C—C and C—H bonds in comparison with proteins or carbohydrates results in a higher energy-storing capacity. 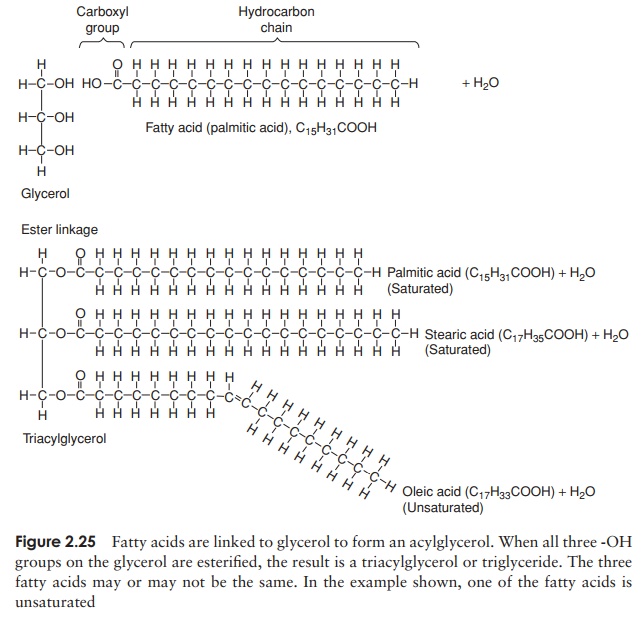 The second main group of lipids to be found in living cells arephospholipids. These have a similar structure to triacylglycerols, except that instead of a third fatty acid chain, they have a phosphate group joined to the glycerol (Figure 2.26), introducing a hydrophilic element to an otherwise hydrophobic molecule. Thus, phospholipids are an example of an amphipathic molecule, with a polar region at one end of the 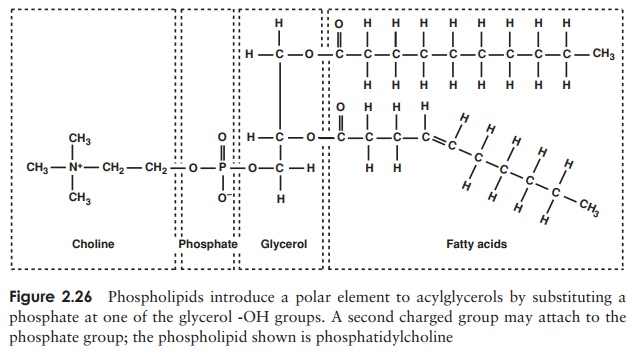 molecule and a non-polar region at the other. This fact is essential for the forma-tion of a bilayer when the phospholipid is introduced into an aqueous environment; the hydrophilic phosphate groups point outwards towards the water, while the hy-drophobic hydrocarbon chains ‘hide’ inside (Figure 2.27, and c.f. Figure 2.8, micelle formation). 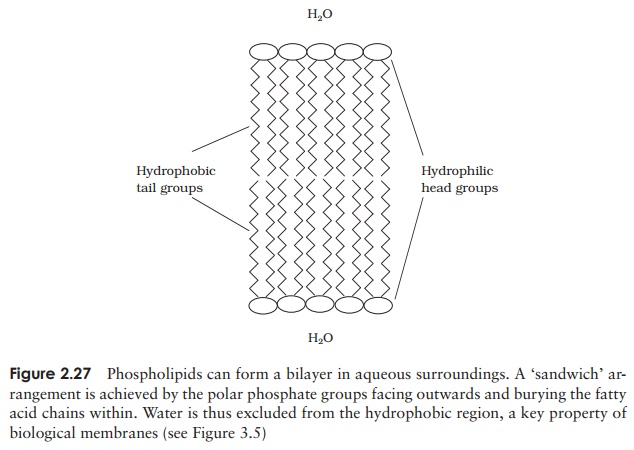 This bilayer structure forms the basis of all biological membranes, forming a barrier around cells and certain organelles. Phospholipids generally have an-other polar group attached to the phosphate; Figure 2.25 shows the effect of substituting serine.

The structural diversity of lipids can be illustrated by comparing fats and phospho-lipids with the final group of lipids we need to consider, the steroids. As can be seen from Figure 2.28, these have a completely different form, but still share in common the property of hydrophobicity. The four ring planar structure is common to all steroids, with the substitution of different side groups producing great differences in function. Cholesterol is an important component of many membranes. 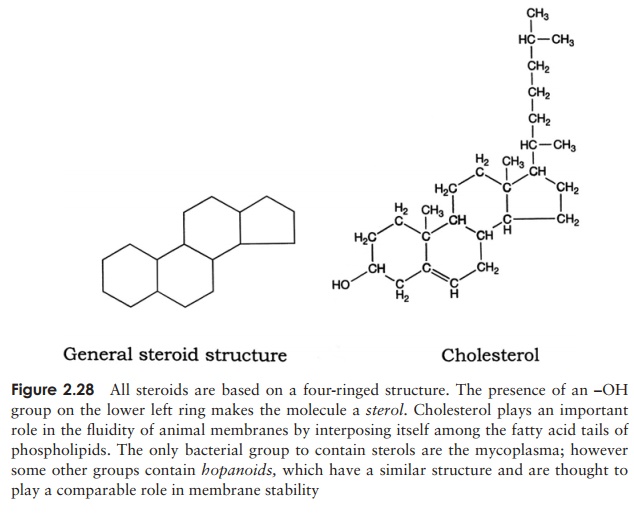 It would be wrong to gain the impression that living cells contain only molecules of the four groups outlined above. Smaller organic molecules play important roles as precursors or intermediates in metabolic pathways, and several inorganic ions such as potassium, sodium and chloride play essential roles in maintaining the living cell. Finally, some macromolecules comprise elements of more than one group, for example, lipopolysaccharides (carbohydrate and lipid) and glycoproteins (protein and carbohydrate).