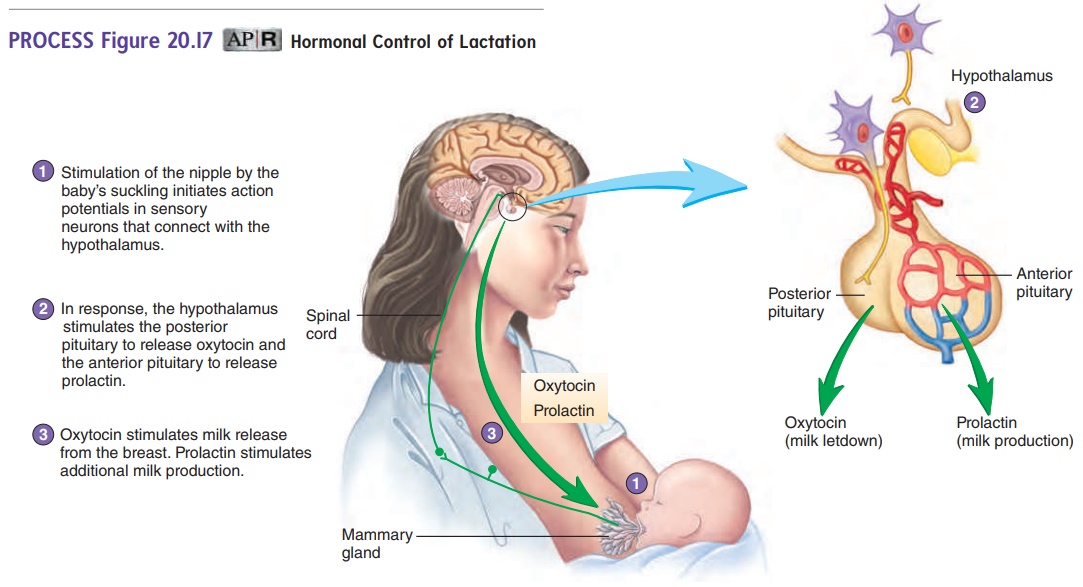 Describe the events of lactation.

Lactation (lak-tā′shŭn) is the production of milk by the mammaryglands (figure 20.17). It normally occurs in women following par-turition and may continue for up to 2 or 3 years. 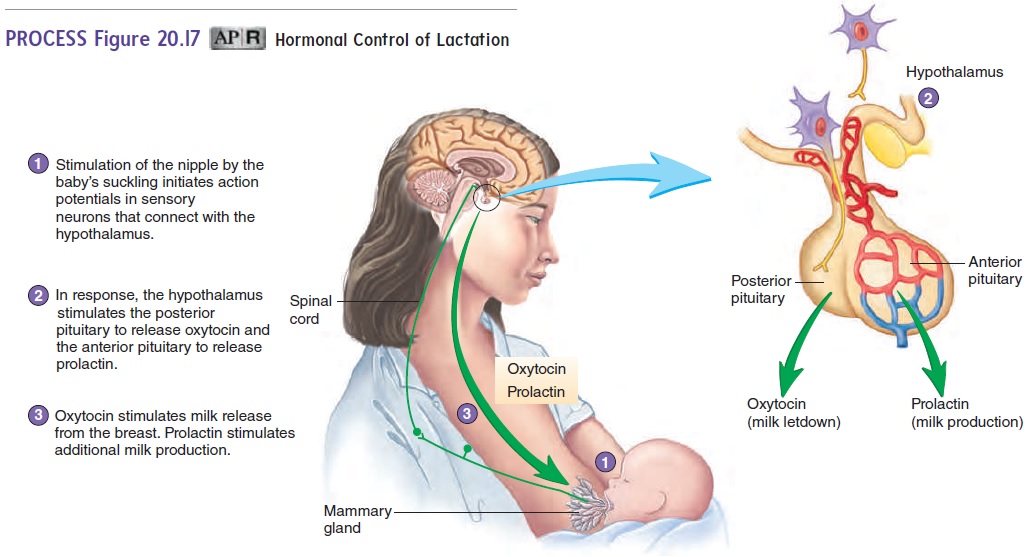 Blood levels of estrogen and progesterone fall dramatically after parturition. Once the placenta has been dislodged from the uterus, the source of these hormones is gone. After parturition, in the absence of estrogen and progesterone, prolactin produced by the anterior pituitary stimulates milk production. During suckling, sensory action potentials are sent from the nipple to the brain, stimulating the release of prolactin from the anterior pituitary(figure 20.17). For the first few days following parturition, the mammary glands secrete colostrum (kō-los′ trŭm), a high-protein material that contains many antibodies. Although colostrum is high in proteins, it contains little fat and less lactose than milk. Eventually, milk with a higher fat and lactose content is produced. Colostrum and milk provide nutrition and antibodies that help protect the baby from infections.

At the time of breastfeeding, milk contained in the alveoli and ducts of the breast is forced out of the breast by contractions of cells surrounding the alveoli. Suckling produces action potentials that are carried to the hypothalamus, where they cause the release of oxytocin from the posterior pituitary (figure 20.17). Oxytocin stimulates cells surrounding the alveoli to contract. As a result, milk flows from the breasts, a process called milk letdown. Higher brain centers can also cause the release of oxytocin as a result of a conditioned reflex in response to such stimuli as hearing an infant cry or thinking about breastfeeding.