The major organ systems appear and begin to develop during the embryonic period (second to eighth week of development).

Development of the Organ Systems

The major organ systems appear and begin to develop during the embryonic period (second to eighth week of development). This period is therefore also called the period of organogenesis (ōr′ gă-nō-jen′ ĕ-sis). The individual organ systems are listed in table 20.2; only general comments about a few select systems are presented in the text.

While the neural tube is forming (18–26 days), the remainder of the embryo is folding to form a tube along the upper part of the yolk sac (figure 20.10). The developing digestive tract pinches off from the yolk sac as a tube but remains attached in the center to the yolk sac by a yolk stalk. 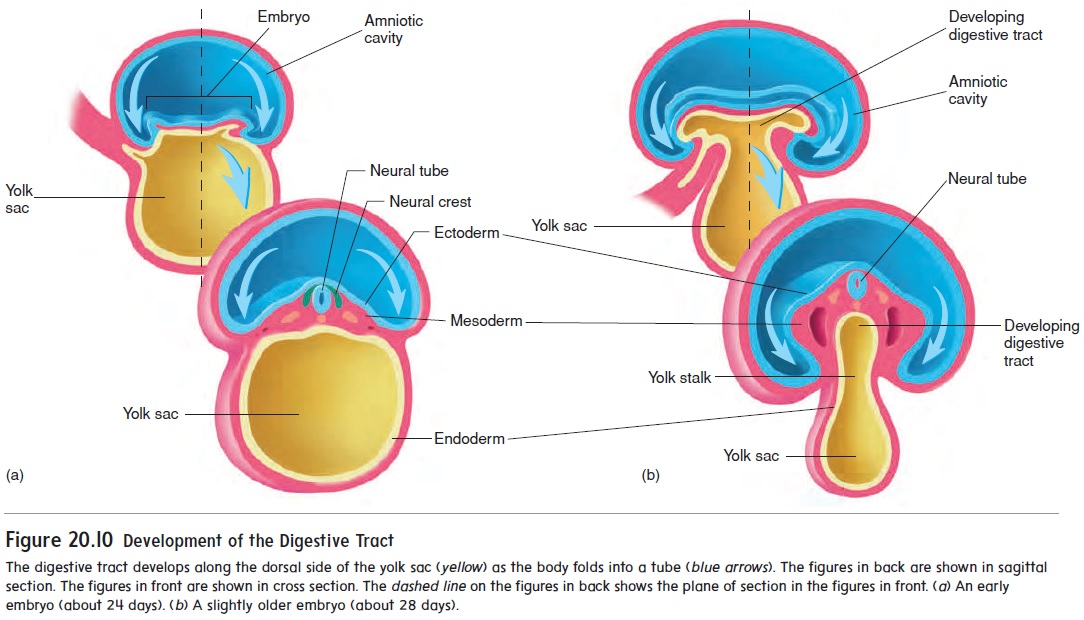 A considerable number of outpocketings appear at about 28 days after fertilization along the entire length of the digestive tract (figure 20.11). A surprisingly large number of important internal organs develop from those outpocketings, including the auditory tubes, tonsils, thymus, anterior pituitary gland, thyroid gland, parathyroid glands, lungs, liver, pancreas, and urinary bladder. 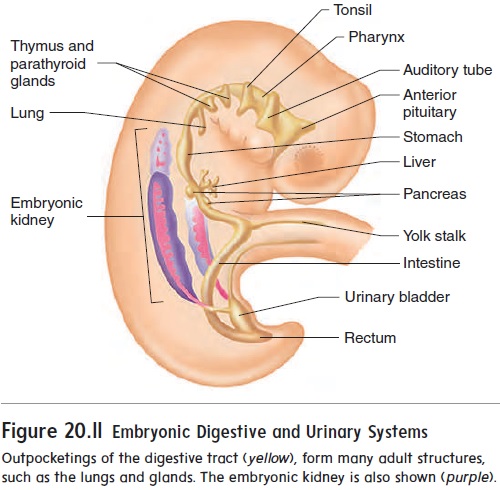 The heart develops from two blood vessels, which lie side by side in the early embryo and fuse about 21 days after fertilization into a single, midline heart (figure 20.12, steps 1 and 2). At about this time, the primitive heart begins to beat. Blood vessels form from “blood islands” on the surface of the yolk sac and inside the embryo. These islands expand and fuse to form the circulatory system.

The major chambers of the heart, the atrium and ventricle, expand rapidly. The single ventricle is subdivided into two chambers by the development of an interventricular (in-ter-ven-trik′ ŭ-lăr) septum (figure 20.12, steps 3 and 4). If the interventricular sep-tum does not grow enough to completely separate the ventricles, a ventricular septal defect results.

An interatrial (in-ter-ā′ trē-ăl) septum forms to separate the two atria (figure 20.12, steps 3–5). An opening in the interatrial septum called the foramen ovale (ō-val′ ē) connects the two atria and allows blood to flow from the right to the left atrium in the fetus. Because of the foramen ovale, some blood in the fetus passes from the right atrium to the left atrium and bypasses the right ventricle and the lungs. 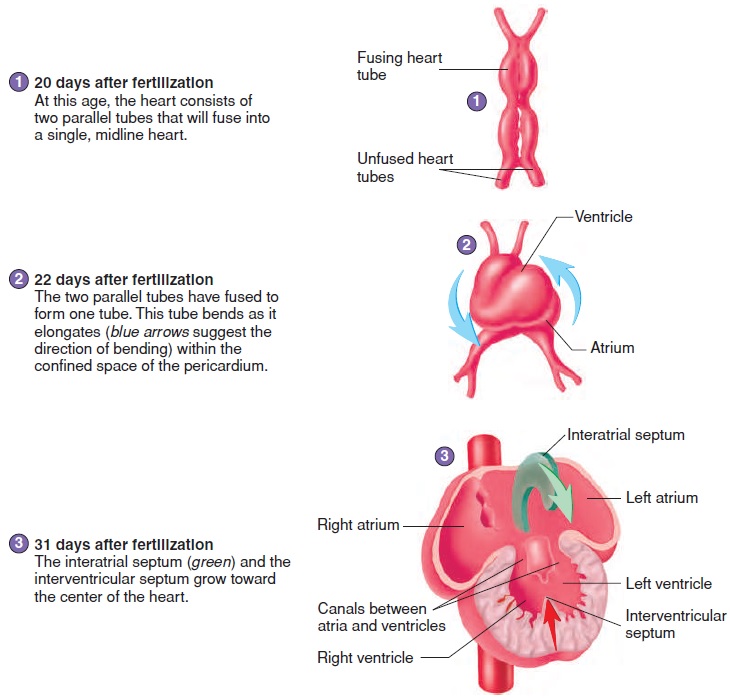 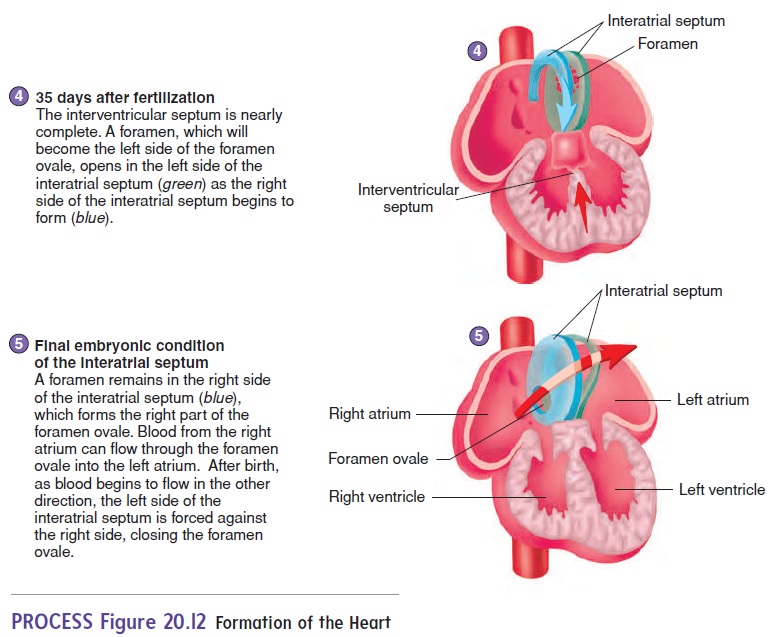 The kidneys develop from mesoderm located along the lateral wall of the body cavity (see figure 20.11). The embryonic kidneys are much more extensive than the adult kidneys, extending the entire length of the body cavity. They are closely associated with internal reproductive organs, such as the ovaries or testes, and reproductive ducts, such as the uterine tubes or ductus deferens. Most of the embryonic kidneys degenerate, with only a very small part forming the adult kidney. 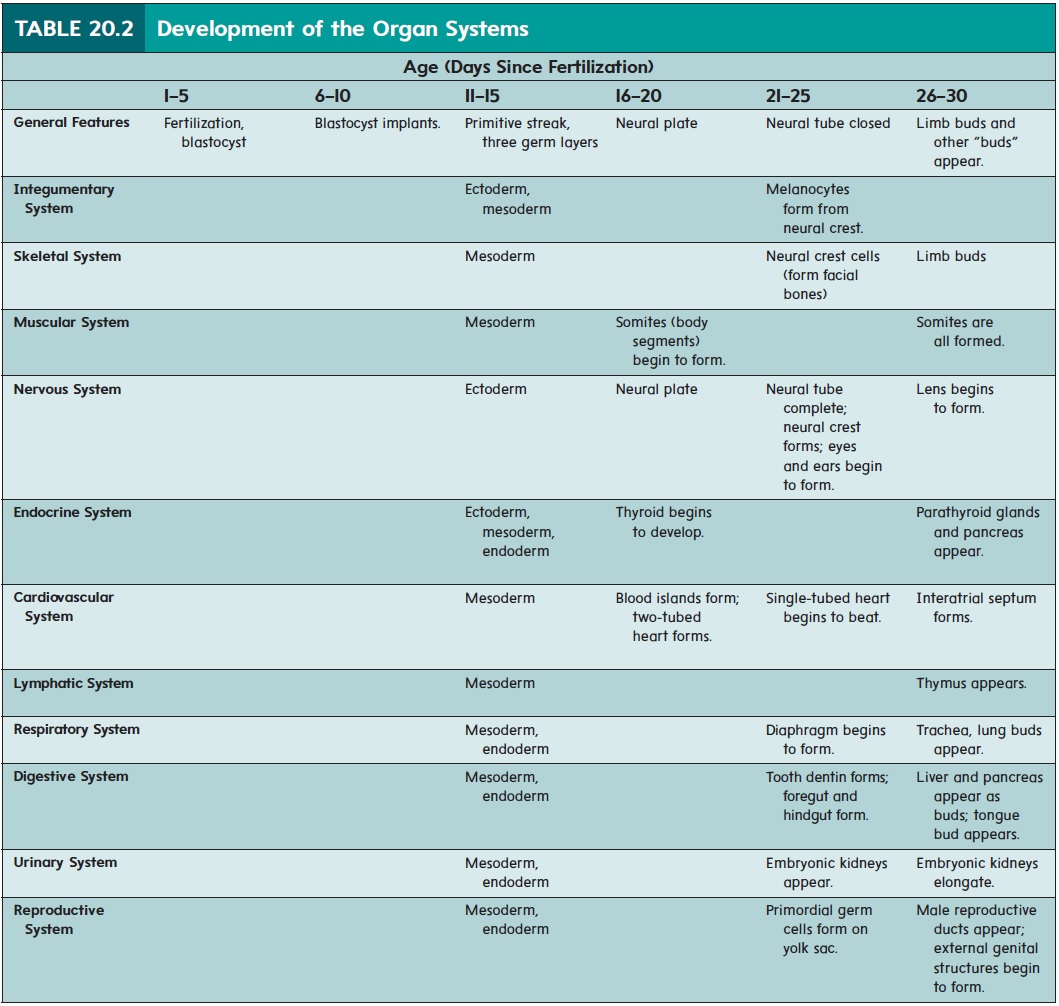 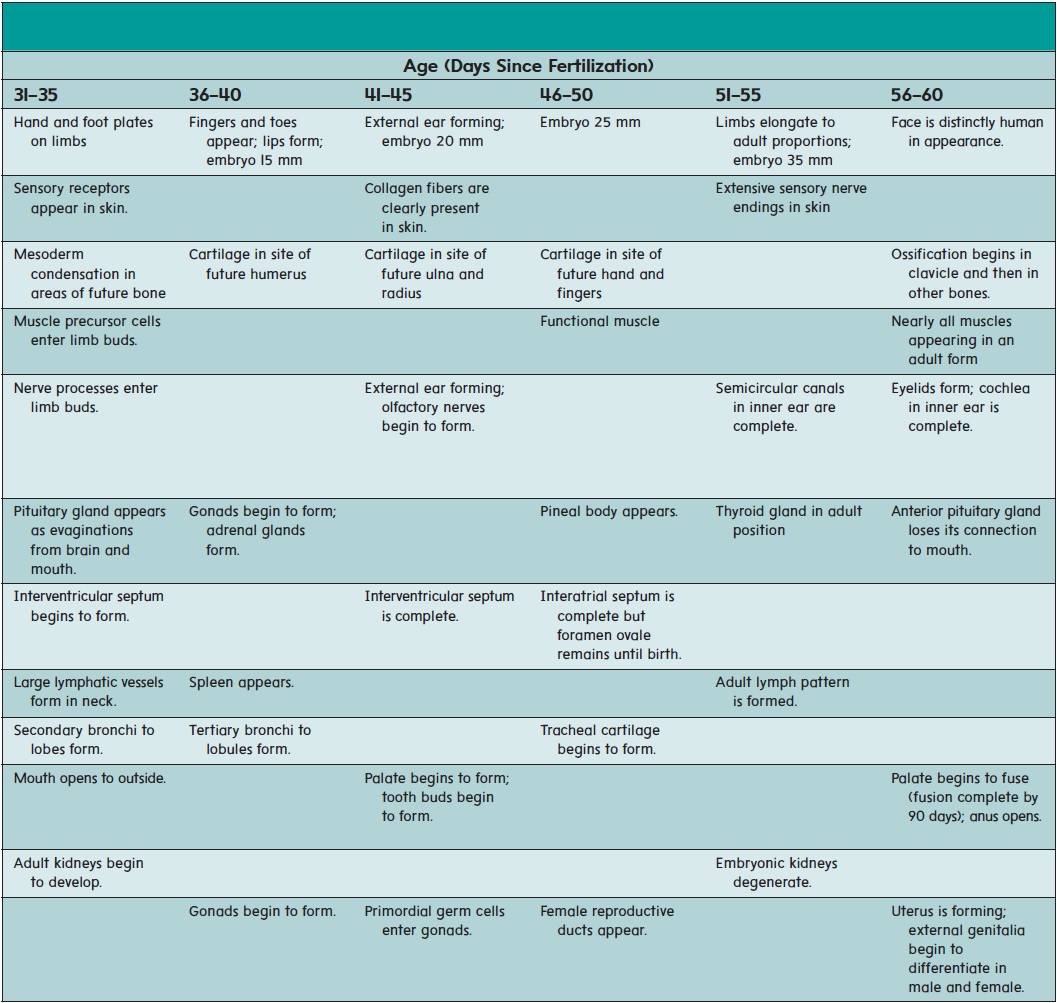