The ability of a host to resist a particular infection or toxins by the action of specific antibodies or sensitized white blood cells produced by them in response to natural exposure of the organism is called as immunity.

The ability of a host to resist a particular infection or toxins by the action of specific antibodies or sensitized white blood cells produced by them in response to natural exposure of the organism is called as immunity.

A complex network of specialized cells, tissues, and organs that recognize and defend body from foreign substances. Primarily disease causing microorganism such as bacteria viruses, parasites and fungi. 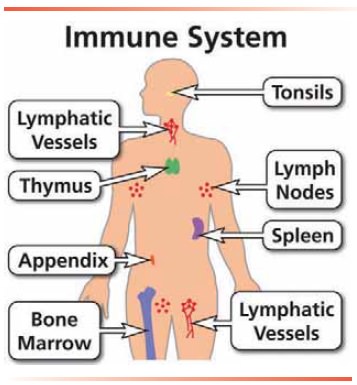 Species immunity is that in which a disease affecting one species does not affect the other species (Ex) Human do not contract cattle plague, chicken cholera, while animals are not affected by enteric fever.

Racial immunity:- is that in which various races show marked differences, in their resistance to certain infectious disease.

(Ex) Black Africans affected by a sickle cell anemia (a genetic disease) are resistant to Malaria while Malaria affects other human races.

Individual immunity:-The same racial background and opportunity for exposure some individual of the race experience severe infection. (Ex) Children are more susceptible to disease such as measles, chicken pox while aged individuals are susceptible to pneumonia.

Specific antibodies or sensitized white blood cells produced by them in response to natural exposure of the organism is called as immunity. 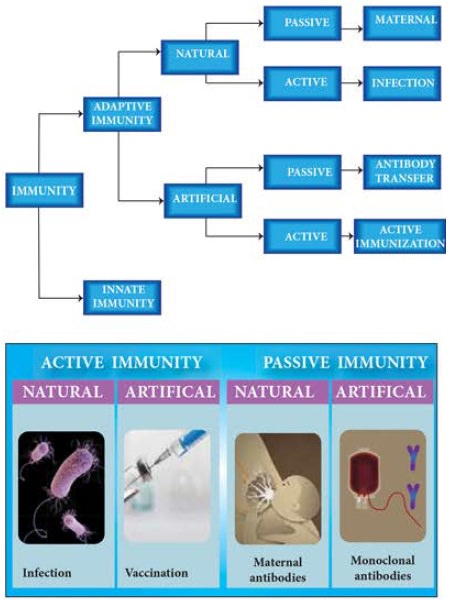 It refers to the inborn ability of the body to resist and is genetically transmitted from one generation to the next. The immunity offers resistance to any microorganism or foreign material encountered by the host.

Innate immunity can be divided in to species, racial, individual immunity

Acquired immunity refers to an immunity that is developed by the host in its body after exposure to a suitable antigen or after transfer of antibodies.

Immunity can be described as either active or passive, depending on how it is acquired.

Active immunity: - Active immunity involves the production of antibodies by the body itself and the subsequent development of memory cells.

Passive immunity: - Results from the acquisition of antibodies from another source and hence memory cells are not developed.

Both active and passive immunity can be induced by either natural or artificial mechanism.

Artificial – Producing antibodies in response to the controlled exposure to an attenuated pathogen (e.g. vaccination)

Natural: Receiving antibodies from another host. (e.g. IgG - mother to feters via the placenta; IgA - From mother to new born via breast milk (colostrum)).

Active immunization: is the induction of immunity after exposure of an antigen. Antibodies are created by the recipient and may be stored permanently. Artificial active immunization is where the microbe is injected into the person before they are able to take it in naturally.

Passive immunization: - It can be provided when people cannot synthesize antibodies, and when they have been exposed to a particular organ that they do not develop immunity.

A vaccine is a biological preparation that provides active acquired immunity to a particular disease. A vaccine typically contains an agent that resembles a disease causing microorganism and is often made from weakened or killed forms of the microbe, its toxin or one of its surface protein.

The agent stimulates the body’s immune and that it may encounter in the future.

The term vaccine and vaccination were derived from variola vaccine (smallpox of the cow) This term was first discovered by Edward Jenner in 1796.

Live microorganism modified to be less deadly or closely related microorganism that induce immune response. The organism can be attenuated by growing it in prolonged culture. Attenuation means the loss of virulence of the pathogen.

Inactivated toxic compounds is toxoid. [toxins can be inactivated by using formalin]

A Protein component of the microorganism.

Immunize against single strain of microorganism.

The children with malnutrition have low resistance to fight against infection. Therefore children need timely immunization. All children have a rights to get vaccines, protection against preventable disease. Extremely malnourished children may show severe reaction to certain vaccines because they have low antibodies. e.g. Measles Vaccine. 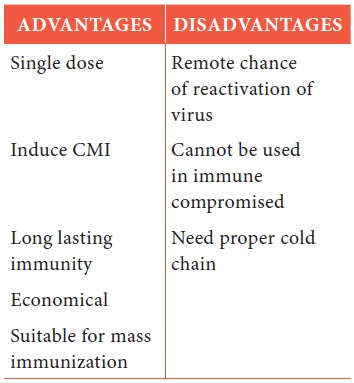 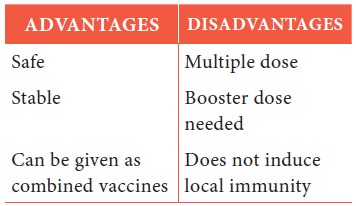 During transportation, the vaccines should be placed in a container maintaining the cited temperature or in a plastic bag in the ice box.

The Vaccines should be arranged according to their expiry dates for the better use.

Contraindications for the immunization:

An acute illness with fever.

When the child is on immune suppressive drug or on radiation. 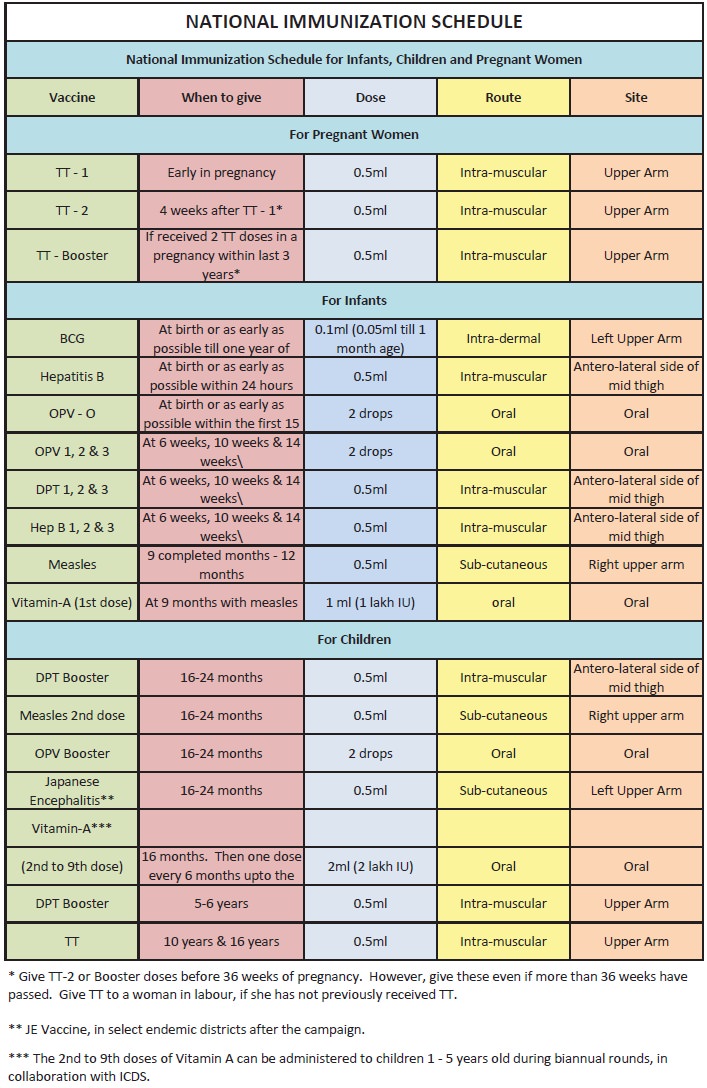 ·           Skin and mucous membrane – through a wound, weekend surface or injections

·           Coughing and sneezing and sputum Pus and wound discharges 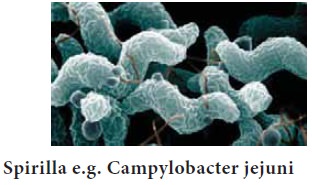