Graphical Representation of the Frequency Distribution for Ungrouped Data

A graphical representation is the geometrical image of a set of data. It is a mathematical picture. It enables us to think about a statistical problem in visual terms.

Graphical Representation of the Frequency Distribution for Ungrouped Data 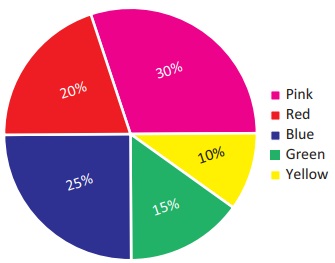 The Pie diagram is so called because the entire graph looks like an American food ‘pie’ and the components like slices cut from ‘pie’.

2. Method of constructing a pie chart:

Sometimes, the value of the components are expressed in percentage. In such cases,

Steps for construction of the pie chart:

(i) Calculate the central angle for each component using the above formula and tabulate it.

(ii) Draw a circle of convenient radius and mark one horizontal radius in it.

(iv) For identification of each sector, shade with different colours.

Here are given some examples, let us draw the pie chart for the given data.

Draw a pie diagram to represent the following data, which shows the expenditure of paddy cultivation in 2 acres of land.

Also, 1. Find the percentage of the head in which more money had been spent?

2. What percentage of money was spent for seeds?

Expenditure of paddy cultivation in 2 acres. 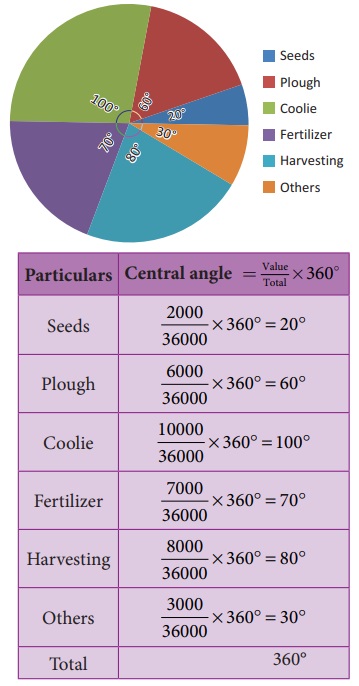 2. ₹2000 was spent for seeds. Converting into percentage, We have,

Draw a suitable pie chart for the following data relating to the cost of construction of a house.

Also, find how much was spent on labour if ₹55000 was spent for cement.

Cost of construction of a house. 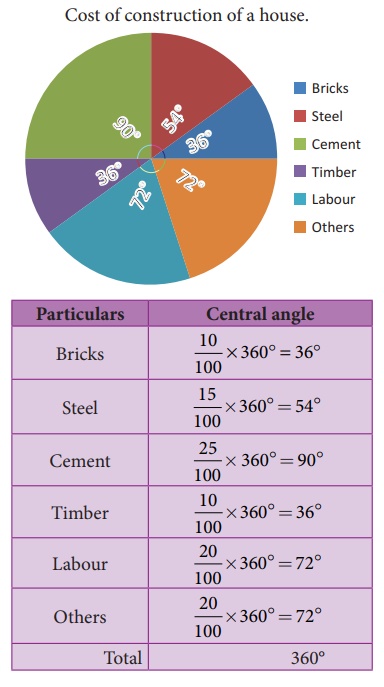 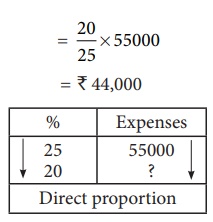 1. Pie charts are widely used by the business and the media people.

2. With the help of Pie charts, one can show how the expenditure of the Government or Industry is distributed over different heads.

3. Research people use these type of charts to show their results.