Describe the function of meiosis in the formation of sperm cells and oocytes.

The testes in males and the ovaries in females (figure 19.1) pro-duce gametes (gam′ ētz), or sex cells. The formation of gametes in males and females occurs by a type of cell division called meiosis (mı̄-ō′ sis; a lessening) . 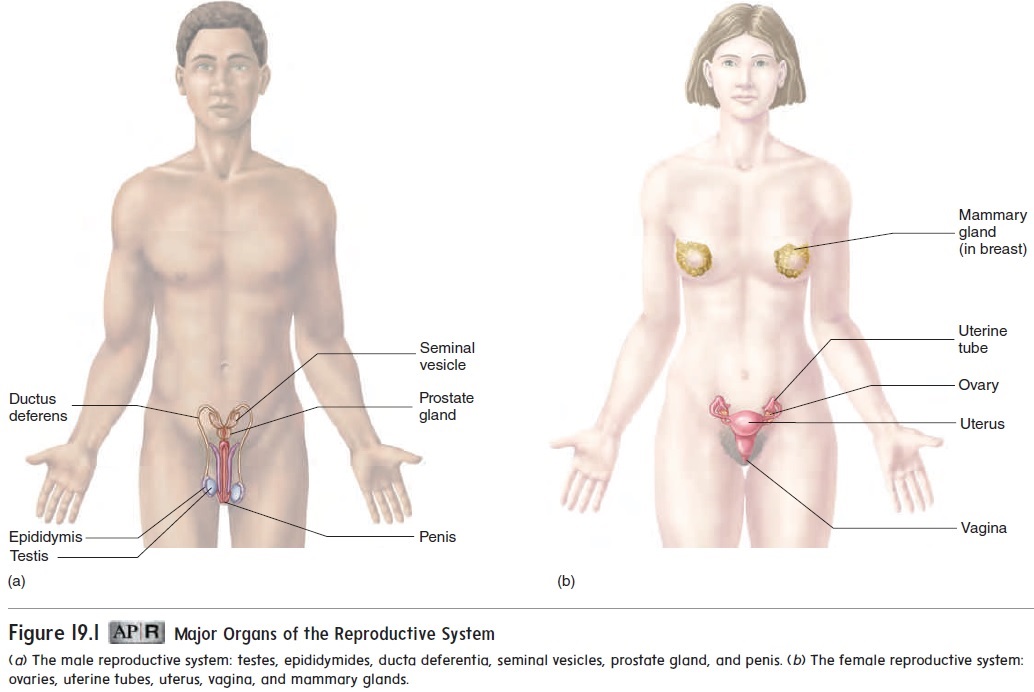 Meiosis occurs only in the testis and ovary. During meiosis, one cell undergoes two consecutive cell divisions to produce four daugh-ter cells, each having half as many chromosomes as the parent cell.

The two divisions of meiosis are called meiosis I and meiosis II. Like mitosis, each division of meiosis has prophase, metaphase, anaphase, and telophase. However, there are distinct differences between meiosis and mitosis. 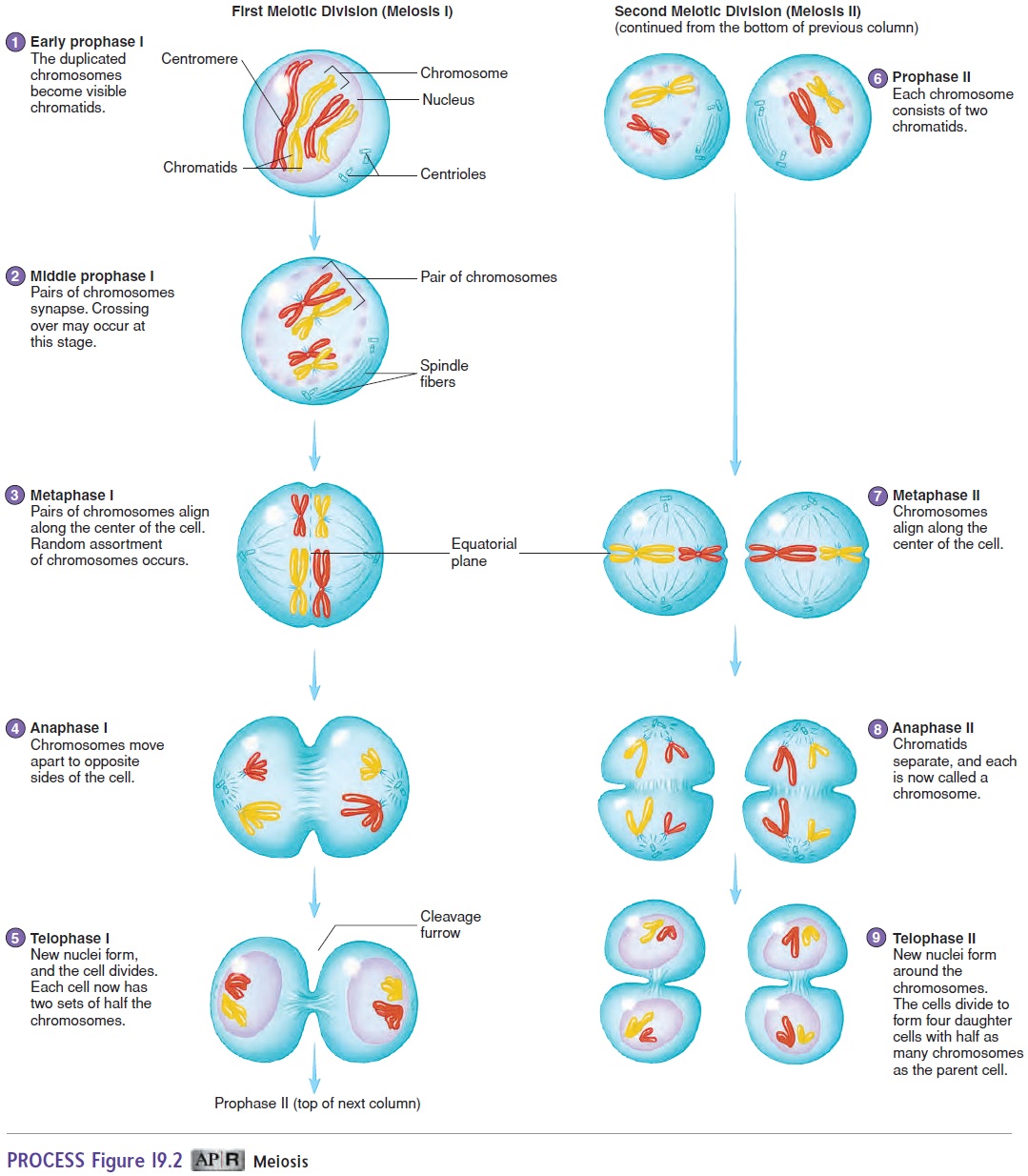