The Figure shows the fixed bias circuit. It is the simplest d.c. bias configuration. 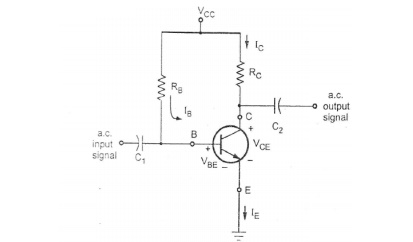 The Figure shows the fixed bias circuit. It is the simplest d.c. bias configuration. For the d.c. analysis we can replace capacitor with an open circuit because the reactance of a capacitor for d.c. is

In the base circuit,

Apply KVL, we get

For a given transistor, VBE does not vary significantly during use. As VCC is of fixed value, on selection of RB, the base current IB is fixed. Therefore this type is called fixed bias type of circuit.

In the Collector circuit

Apply KVL, we get

The common-emitter current gain of a transistor is an important parameter in circuit design, and is specified on the data sheet for a particular transistor. It is denoted as β.

In this circuit VE =0 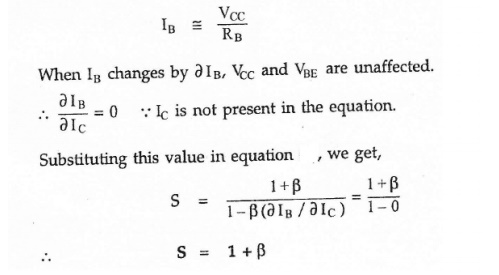 ·        It is simple to shift the operating point anywhere in the active region by merely changing the base resistor (RB).

·        The collector current does not remain constant with variation in temperature or power supply voltage. Therefore the operating point is unstable.

·        Changes in Vbe will change IB and thus cause RE to change. This in turn will alter the gain of the stage.

·        When the transistor is replaced with another one, considerable change in the value of β can be expected. Due to this change the operating point will shift.

Due to the above inherent drawbacks, fixed bias is rarely used in linear circuits (i.e., those circuits which use the transistor as a current source). Instead, it is often used in circuits where transistor is used as a switch. However, one application of fixed bias is to achieve crude automatic gain control in the transistor by feeding the base resistor from a DC signal derived from the AC output of a later stage.

1. Design the fixed bias circuit from the load line given in the figure. 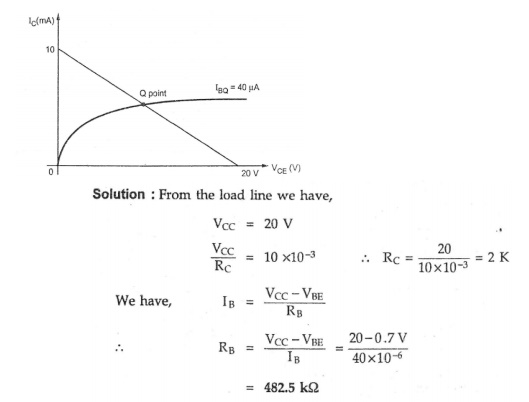 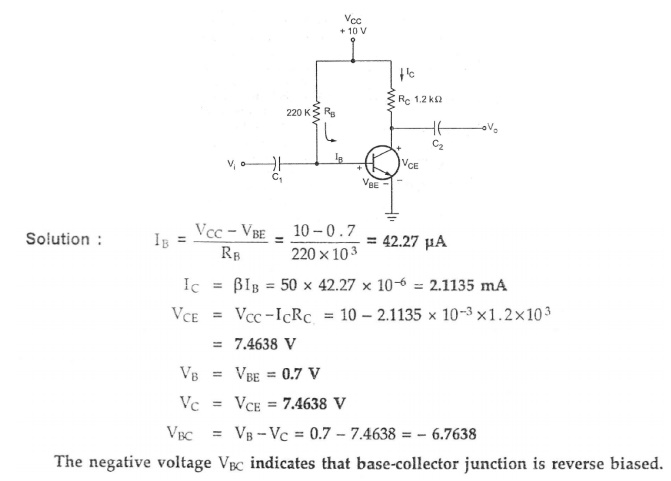 Applying KVL to base circuit, 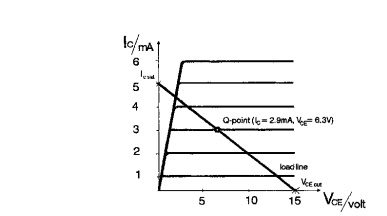 5. Draw the load line and Q-point.