*N-channel enhancement mode MOSFET circuit shows the source terminal at ground potential and is common to both the input and output sides of the circuit.

*N-channel enhancement mode MOSFET circuit shows the source terminal at ground potential and is common to both the input and output sides of the circuit. *The coupling capacitor acts as an open circuit to d.c. but it allows the signal voltage to be coupled to the gate of the MOSFET 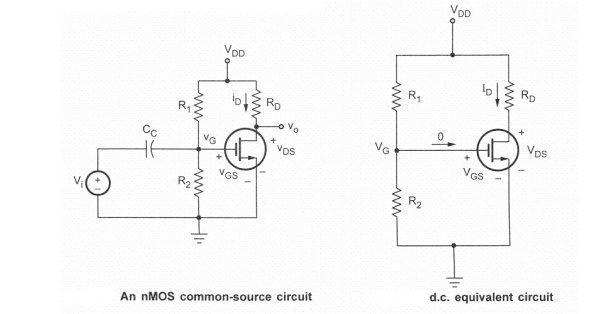 Assume VG > VT , MOSFET is biased in the saturation region, the drain current is,

Biased in the nonsaturation region, and the drain current is given by, ID 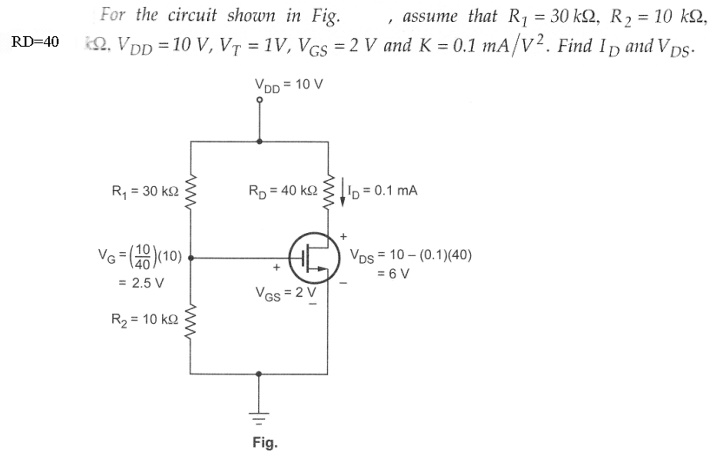 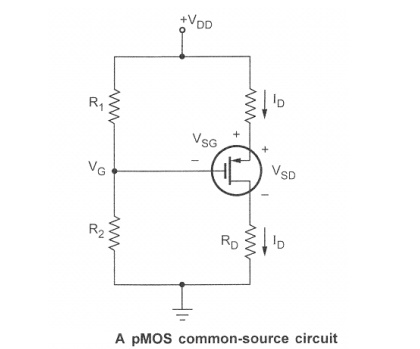 Here, the source is tied to +VDD, Which become signal ground in the a.c. equivalent circuit. Thus it is also a common-source circuit.

The d.c. analysis for this circuit is essentially the same as for the n-channel MOSFET circuit. The gate voltage is given by, 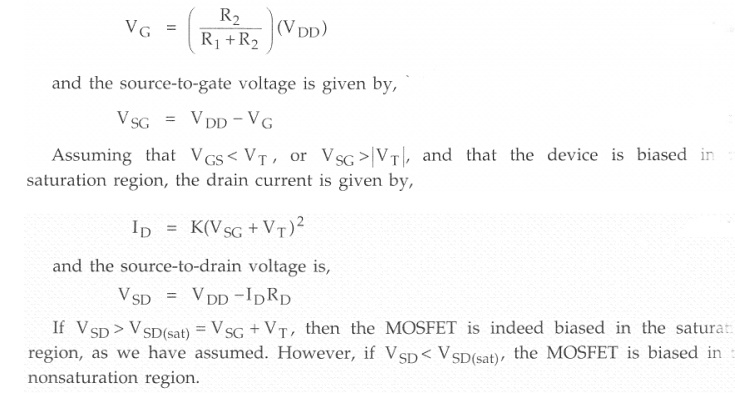 Load Line and Modes of Operation

The load line gives a graphical picture showing the region in whichthe MOSFET is biased. Consider the common-source circuit shown in Fig. (a).

Writing Kirchhoff's voltage law around the drain-source loop results VDs = VDD -IDRD, which is the load line equation. It shows a linear relationship between the drain current and drain-to-source voltage. Fig. (b) shows the VDS(sat) characteristic for the MOSFET 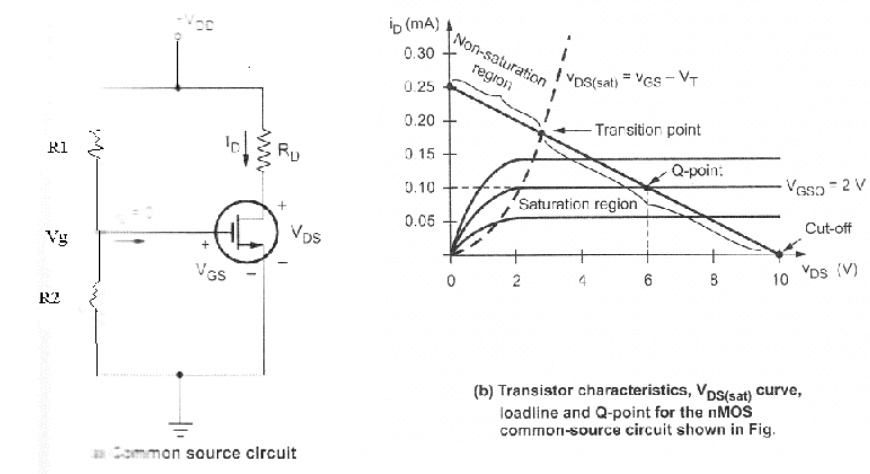 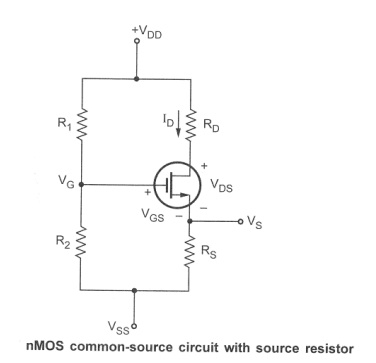 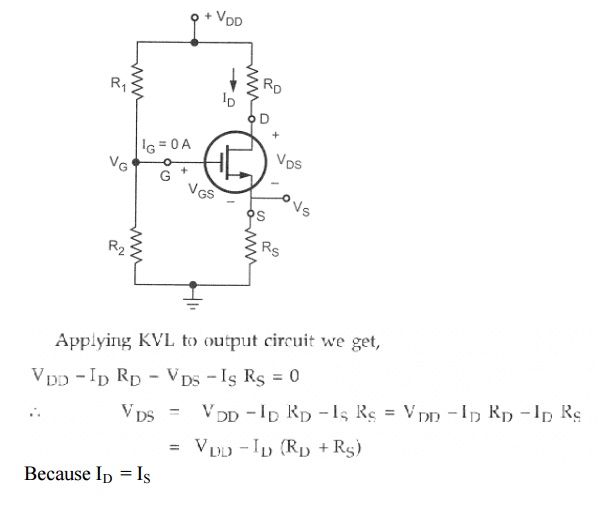 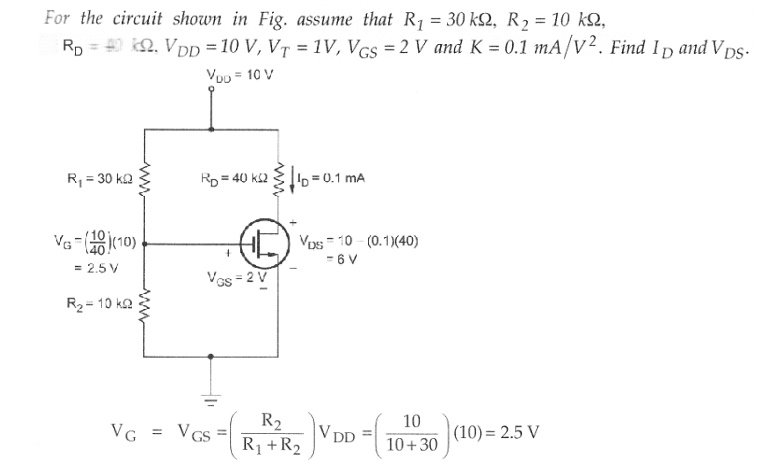 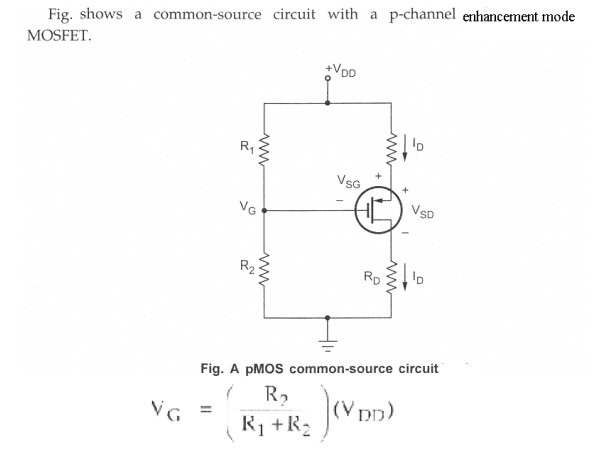 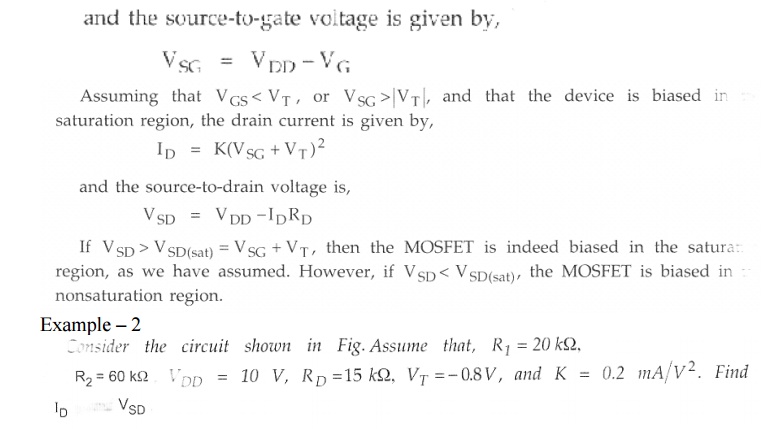 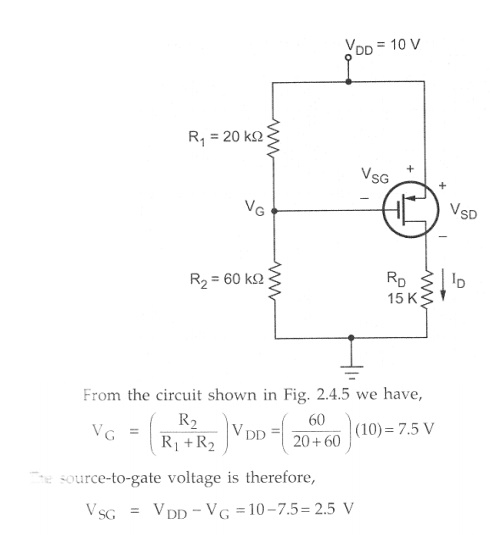 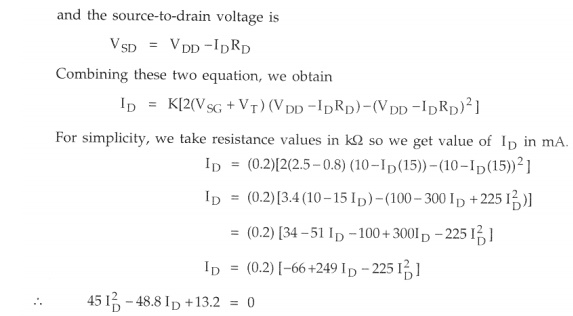 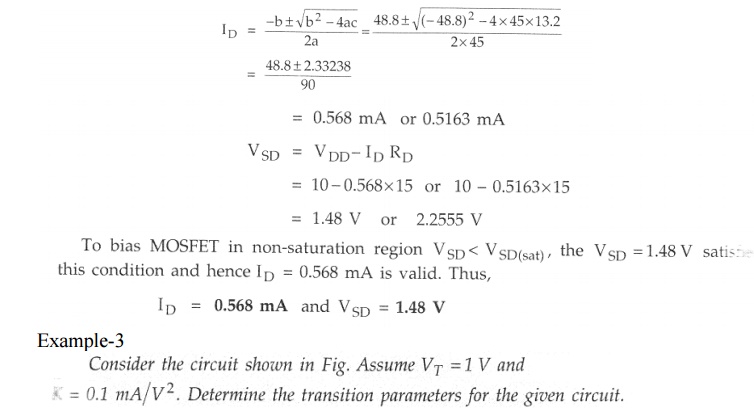 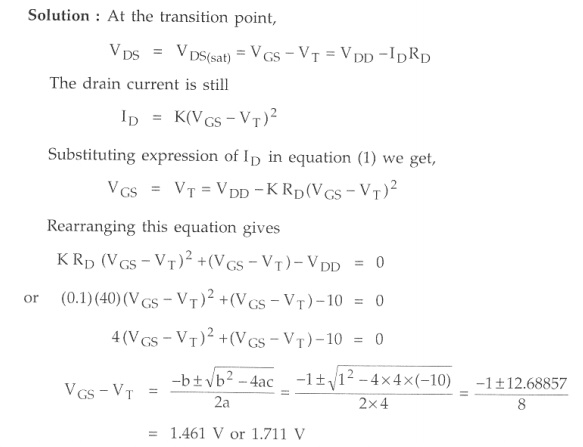 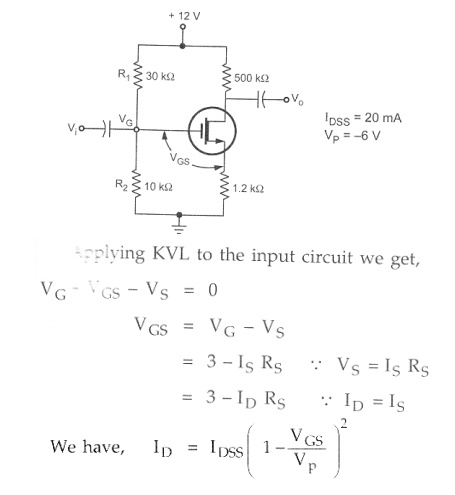 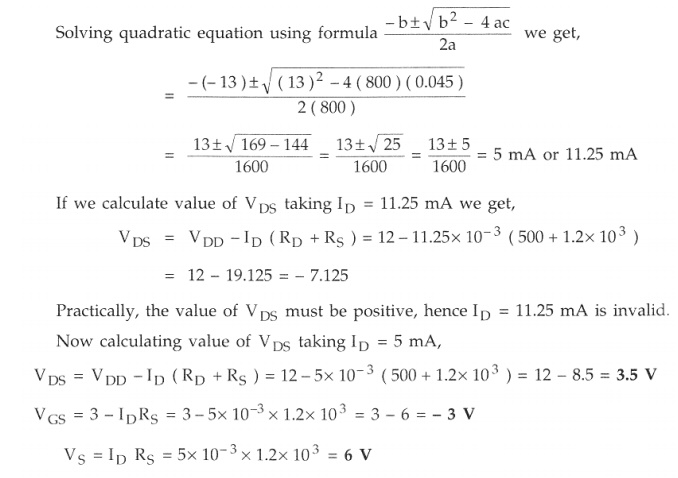