It is the process during which a haploid male gamete (sperm) unites with a haploid female gamete (oocyte) to form a single cell (ZYGOTE). Is called fertilization.

Definition: It is the process during which a haploid male gamete (sperm) unites with a haploid female gamete (oocyte) to form a single cell (ZYGOTE). Is called fertilization.

The development of fetus divided in to 3 periods.

·           The motile sperms swim and pass the cervix to enter into the uterus and finally to reach the ovum released by the ovary in the ampullary isthmic junction.

·           The sperm after reaches the ovary in the ampullary isthmic junction comes in contact with the zona-pellucida layer of the ovum and block the entry of the additional sperms thus only one sperm fertilizes the ovum.

·           The secretions of acrosome help the sperm to enter into the ovum through zonapellucida and the plasma membrane and thus secondary oocyte completes meiosis II and results in the formation of a second polar body and haploid ovum.

·           The haploid nucleus of the sperm and ovum fuse together to form a zygote which develops into new individual.

Proces of Fusion of Gametes

Definition: The process of union of sperm and ovum is called as fertilisation. 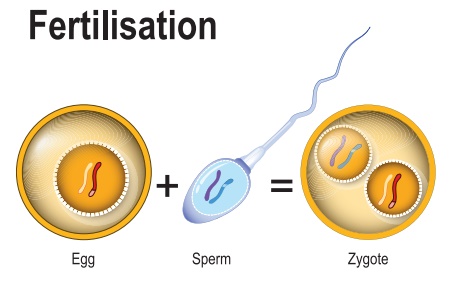 Process of Fertilization to Implantation

•            Zygote is genetically unique, a diploid cell (46 chromosomes) resulting from the fusion of two haploid gametes; a fertilized ovum.

•            After fusion of the male and female gametes the zygote would carry either XX or XY depending on whether the sperm carrying X or Y fertilized the ovum. 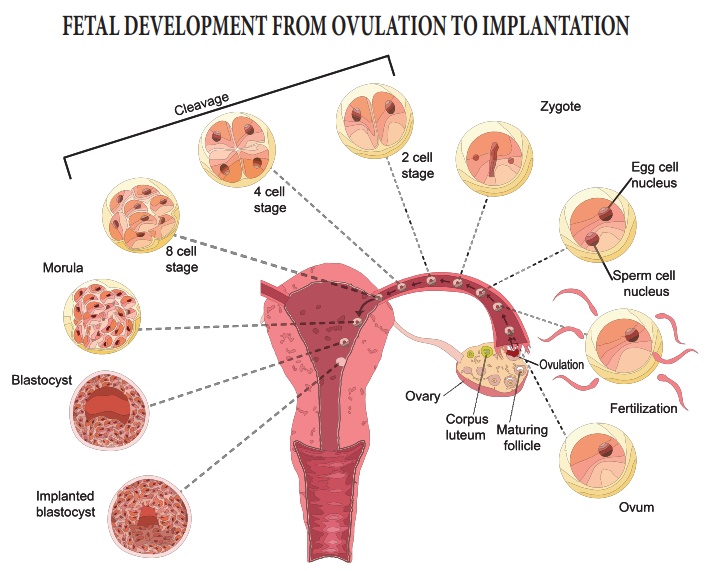 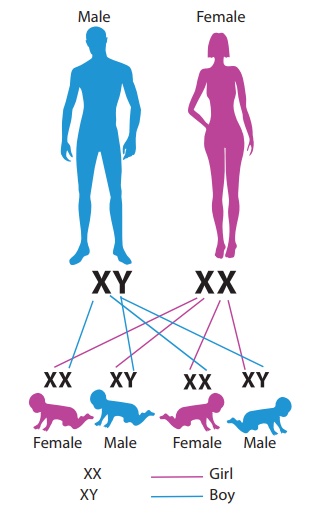 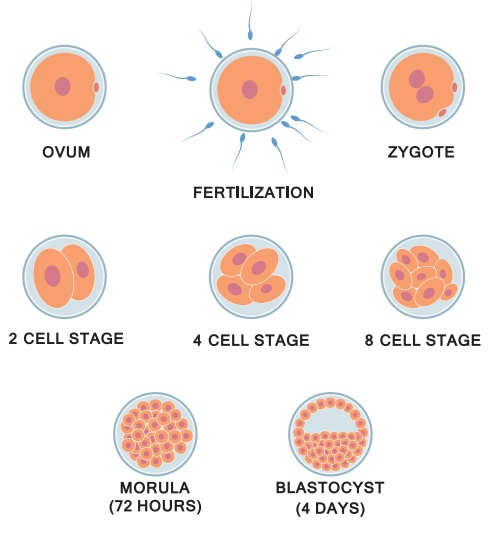 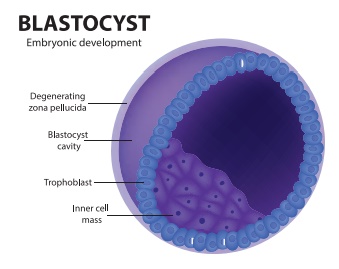 •            After fertilization cleavage of zygote takes place. It consists of repeated mitotic divisions of the zygot which results in rapid increase in the number of the cells. These smaller embryonic cells are called blastomeres. This normally occurs in the uterine tube.

•            The embryo with 8 to 16 blastomeres is called a morula. The Morula reaches the uterine cavity at this stage. Spherical Morula is formed about 3 days after fertilization.

•            The morula divides further as it moves further into the uterus and transforms into blastocyst.

•            The blastomeres in the blastocyst are arranged into an outer layer called trophoblast and inner mass of cells attached to trophoblast is called as inner cell mass.

•            By 8th day the blastocyst is superficially embedded in the compact layer of the endometrium. 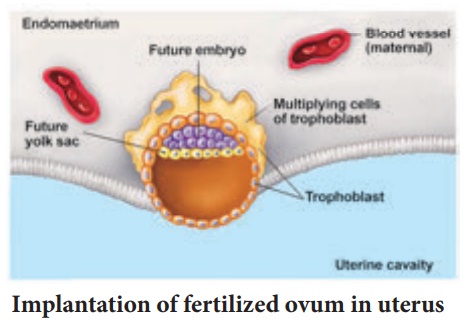 Implantation of fertilized ovum in uterus

•            The implantation of the fertilized ovum of embedding is known as “Nidation or Nesting".

•            By the 13th day Proliferation of Cytotrophoblast cells produce extension inside the Syncytiotrophoblast to form primary chorionic villi.

•            The chorionic villi and uterine tissue together form a structural and functional organic structure between developing embryo and tissues of the mother called as placenta. 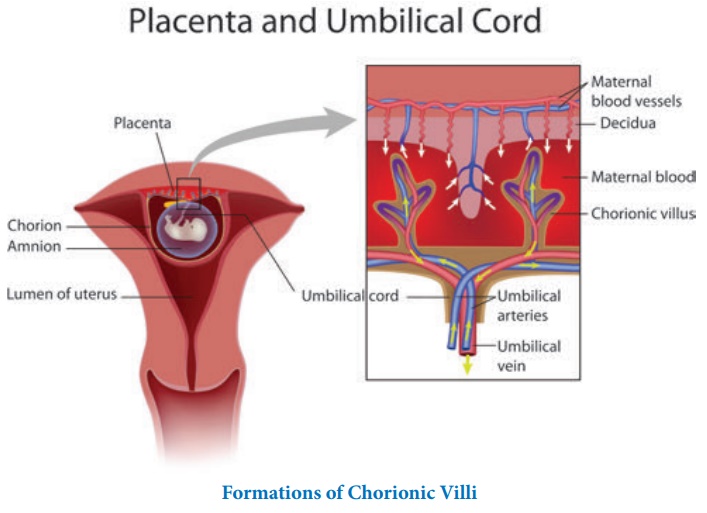 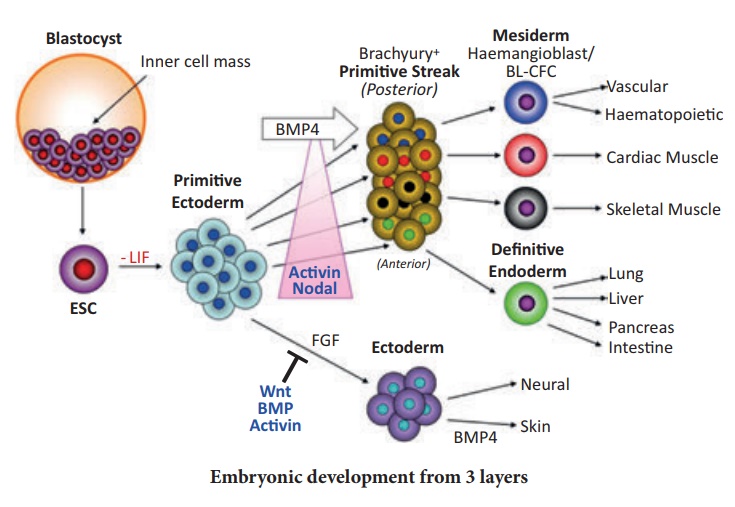 •            After  implantation,  the  inner  cell  mass is  differentiated  into  outer  layer  called ectoderm  and  an  inner  layer  called endoderm with a middlelayer is mesoderm  Three layers give rise to all organs in adults. As shown in the picture above the cells are res ponsible for those organs. 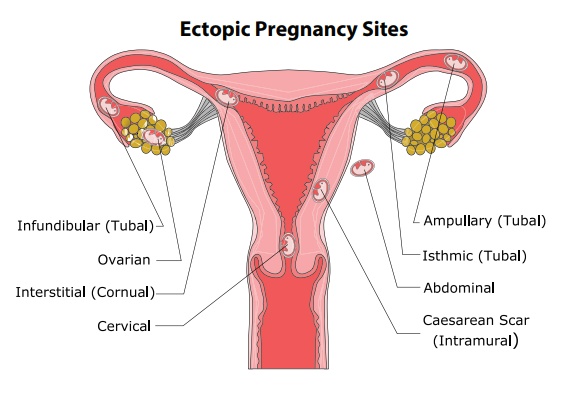 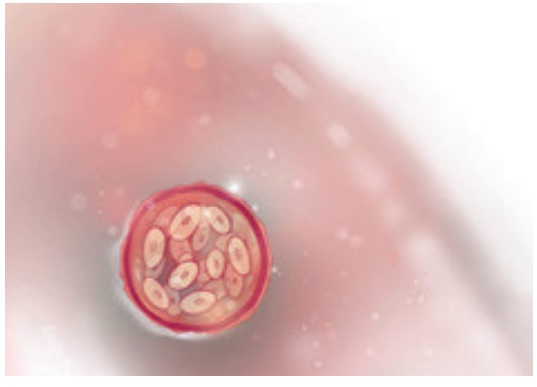 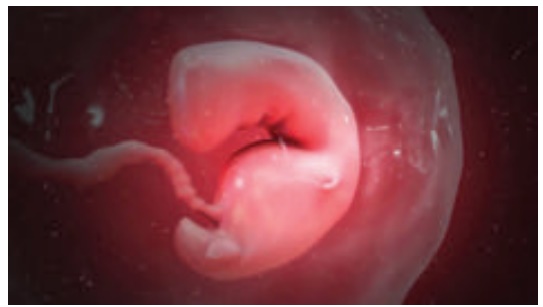 A primitive S-shaped tubal heart is beating and peristalsis.

The rhythmic flow propelling fluids throughout the body begins at this stage,

The neural tube determines the form of the embryo. 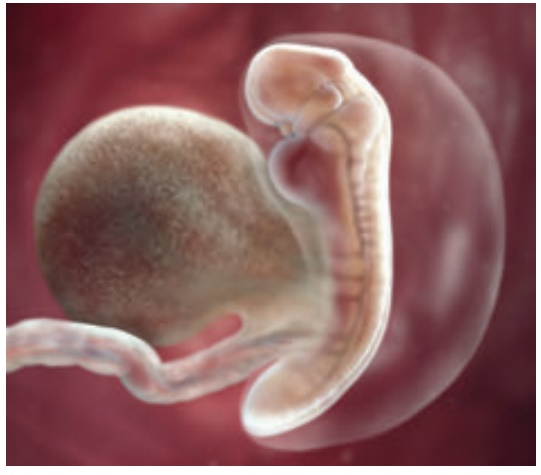 Valve & septa appear in the heart.

The digestive epithelium layer begins to differentiate into the future locations of the liver, lung, stomach and pancreas. 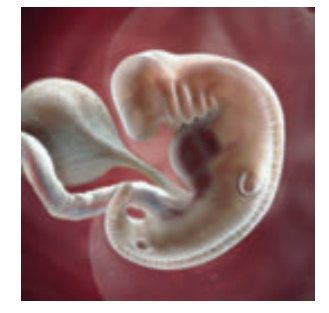 Innervation, the distribution of nerves, begins in the lower limb buds. 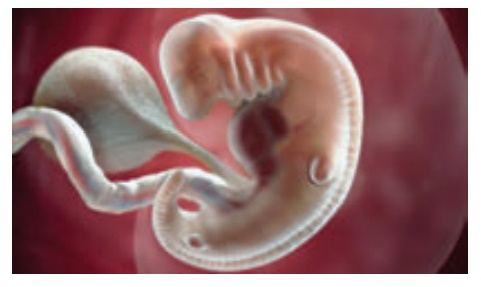 A four chambered heart and a sense of smell.

Primitive germ cells arrive at the genital area and will respond to genetic instructions to develop into either female or male genitals. 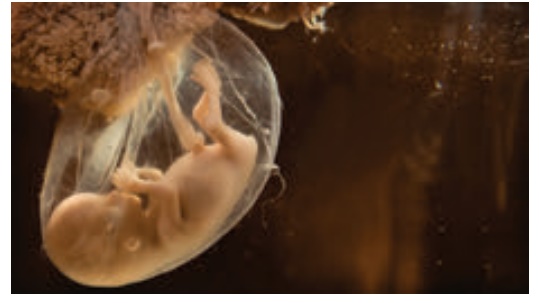 Brain is connected to tiny muscles and nerves and enables the embryo to make spontaneous movements.

Testes or ovaries are distinguishable. 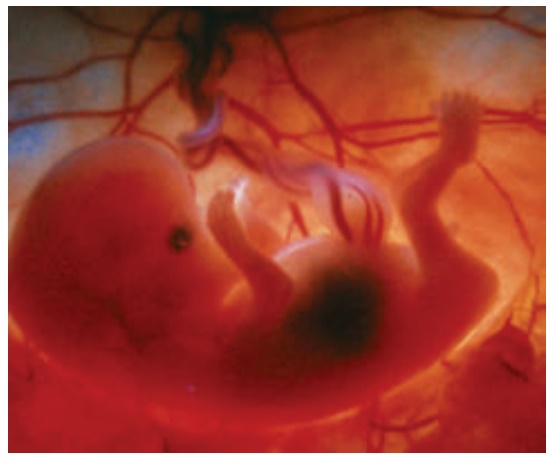 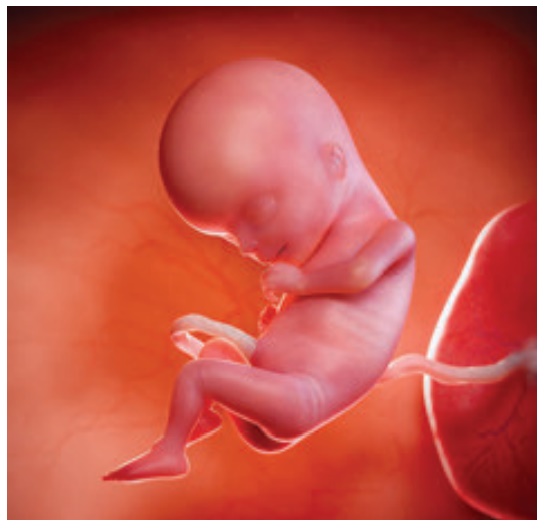 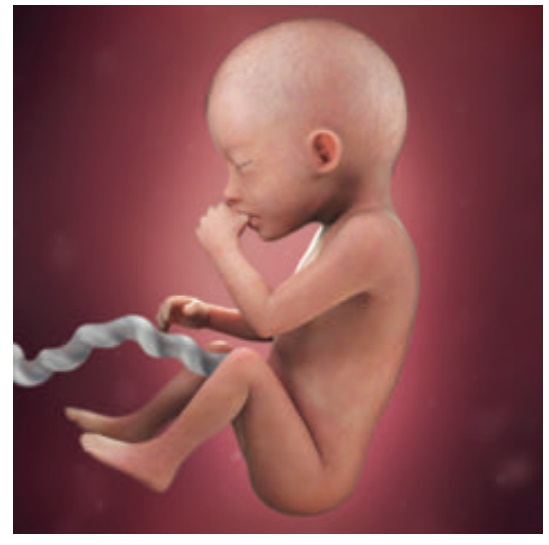 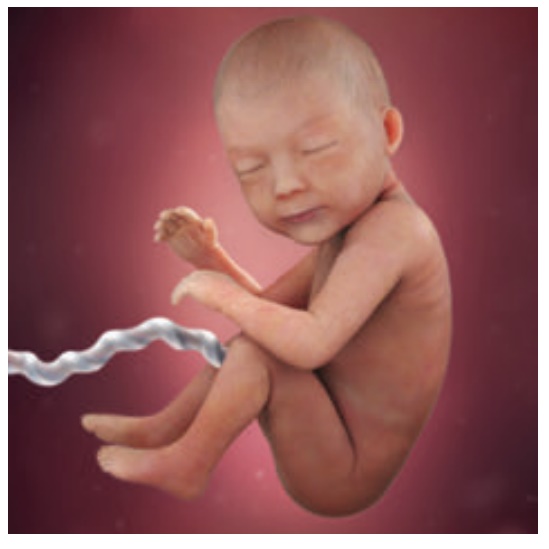 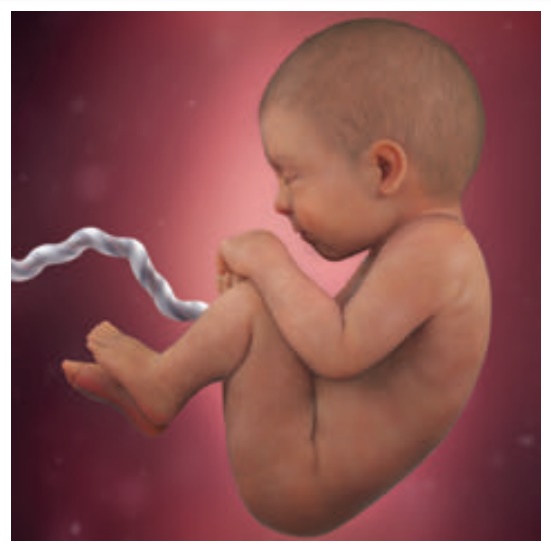