A way of thinking and living that is adopted voluntarily upon the basic of knowledge, attitudes and responsible decision by individuals and couples, in-order to promote the health and welfare of the family and thus contributes effectively to the social development of the country

“DELAY THE FIRST, POSTPONE THE SECOND AND PREVENT THE THIRD”

An Expert committee (1971) of the WHO defined family planning as: “A way of thinking and living that is adopted voluntarily upon the basic of knowledge, attitudes and responsible decision by individuals and couples, in-order to promote the health and welfare of the family and thus contributes effectively to the social development of the country”.

Copper T is a small T-shaped, barium-sulphate incorporated, polythene device that is placed inside uterus to obtain birth control. The placement is done with a plastic syringe called the IUD inserter.

A fine copper wire weighing 120 mg, with a surface area of 208 mm2, is wound round the upright limb of T. Two fine filaments are attached to the lower tip of the vertical limb. Copper T along with its inserter is supplied in a pre-sterilized packet. Copper T is inserted on the 6th day following the menstrual period. The ideal time for postpartum insertion of Copper T is immediately after delivery .Copper T is introduced 12 weeks after abortion, a doctor or a trained paramedical person carries out the insertion.

There are two types of IUDs:

These are made out of polyethylene or other polymers they actually entered market in different shapes and sizes they are Loops, Spirals, Coils, Rings, Bows. The lippes loop is the popularly known and commonly used device in the developing countries.

Female sterilization is performed through abdomen using a laparoscope, the laparoscopic tubal ligation is a surgical sterilization method in which female's fallopian tubes are clamped or cut. 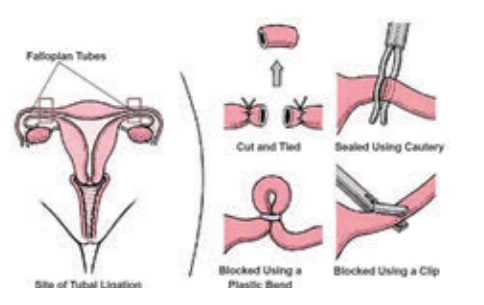 A small abdominal incision measuring 2.5-3 cm is performed under local anaesthesia through the small incision, by following the fundus of the uterus fallopian tubes are reached and hooked up, knots are applied in two places this procedure is repeated for both the tubes. 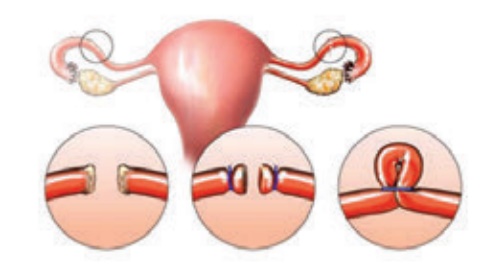 ·           It is a permanent method to prevent unintended pregnancies

·           Does not protect against sexually-transmitted infections

Vasectomy is a surgical procedure for permanent male sterilization. During the procedure the male vas deference are cut and then tied or sealed in a way to prevent sperm from entering into the seminal stream and thereby prevent fertilization. 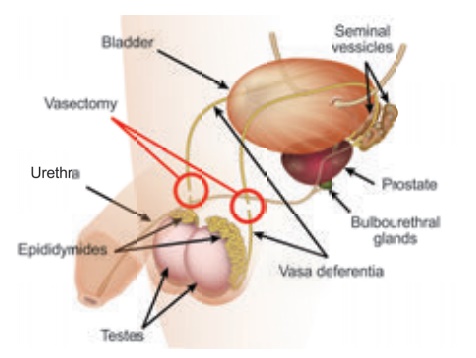 The maternity benefit amendment act has increased the duration paid maternity leave available for women employees from the existing 12 weeks to 36 weeks.

Pregnant women and lactating mothers will receive `6000, `5000 of which will be given in three instalments, provided that certain conditions related to completion of registration of pregnancy and birth, antenatal care and immunisation are met. The scheme is also restricted to the first live birth.

Dr. Muthulakshmi Reddy Maternity benefit scheme fund is enhanced with `12000. the cash assistance will be given in three instalment. `4000 who avails all required antenatal services during pregnancy in PHC, `4000 is given to the mothers who deliver in the government institution, `4000 at the completion of immunization for the child upto three doses.

Financial assistance for those families without male child and those adopted permanent family planning measures with one or two female children.

The aim of the scheme is to reduce maternal mortality and morbidity of the pregnant and expected mothers and utilising the vast resources of health care providers with the involvement of federation of obstetrics and gynaecological society of India.

Below poverty line pregnant women in Rajasthan are entitled to receive five litres of desi ghee after their first institutional delivery. Three litres to be given after the first ANC test (between 4 to 6 month of pregnancy) and the other two litres at the time of discharge after the delivery.

Kalewayojna is funded by NHRM and implemented by DWCD where in free warm and nutritious food is provided for two days to women who have delivered in health facility especially at Community health centre level. This food is cooked by self-help groups.

Providing benefit of transportation to expectant mothers for institutional deliveries to deal with emergency circumstances during the pre and post delivery period.