Home | | Plant Biochemistry | Farnesyl pyrophosphate is the precursor for the synthesis of sesquiterpenes
Posted On :  04.08.2017 01:17 am

Farnesyl pyrophosphate is the precursor for the synthesis of sesquiterpenes

Farnesyl pyrophosphate is the precursor for the synthesis of sesquiterpenes

The number of possible products is even larger for the cyclization of farnesyl-PP, according to the same mechanism of cyclization of geranyl-PP (Fig. 17.8). This is illustrated in Figure 17.9. The reaction of the intermediary carbonium ion with the two double bonds of the molecule alone can lead to four different products. The number of possible products is multiplied by simultaneous rearrangements. Sesquiterpenes form the largest group of isoprenoids; they comprise more than 200 different ring structures. The sesquiterpenes include many aromatic compounds such as valencene of oranges, caryophyllene of carnations and several constituents of hops and eucalyptus oil. Capsidiol (Fig. 17.10), a phytoalexin  synthe-sized in pepper and tobacco, is a sesquiterpene. 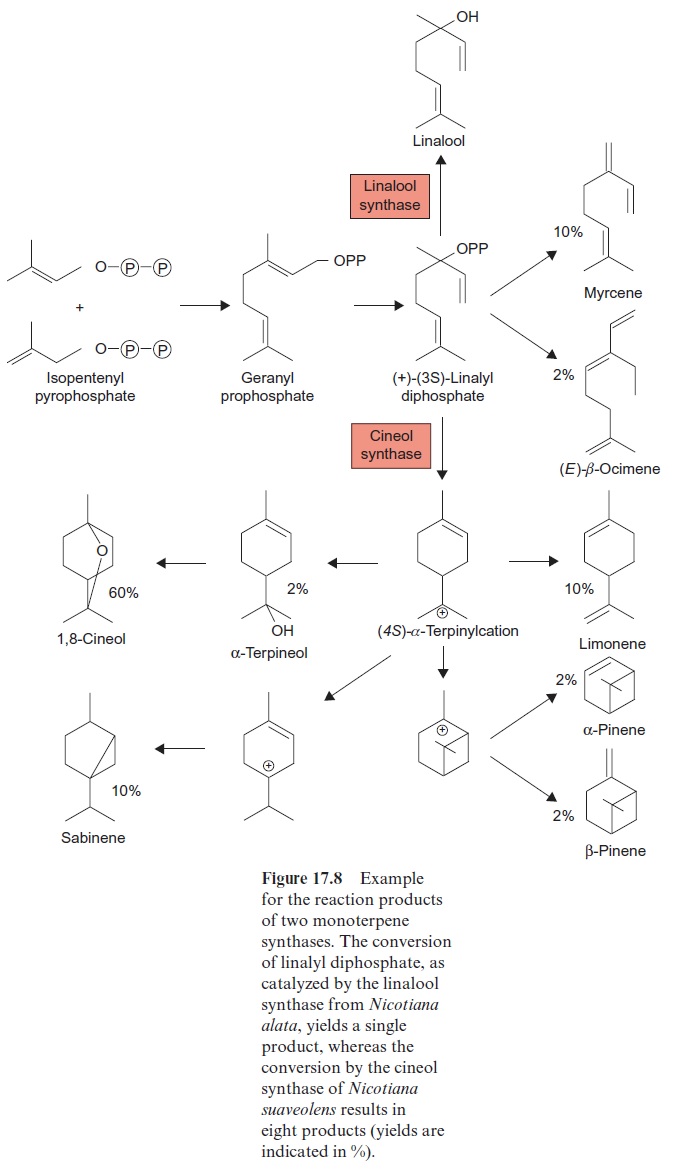 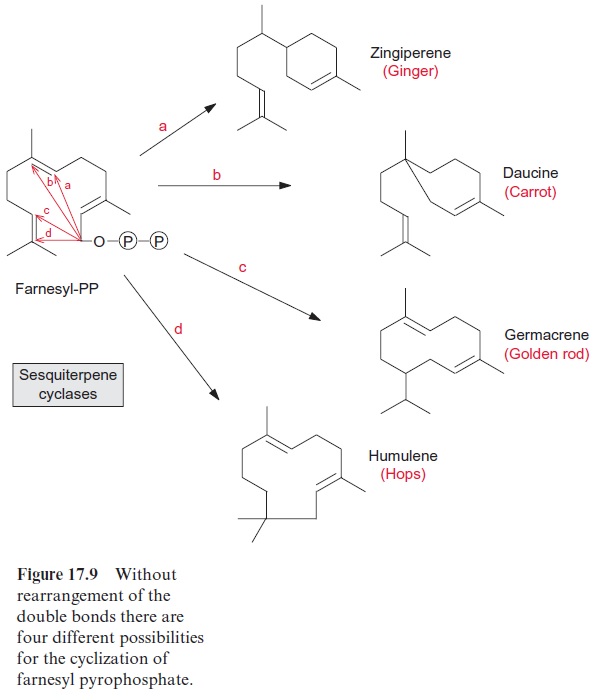 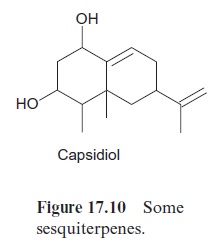 Steroids are synthesized from farnesyl pyrophosphate

The triterpene squalene is formed from two molecules of farnesyl-PP by an NADPH-dependent reductive head-to-head condensation (Fig. 17.11). Squalene is the precursor for membrane constituents such as cholesterol and sitosterol. 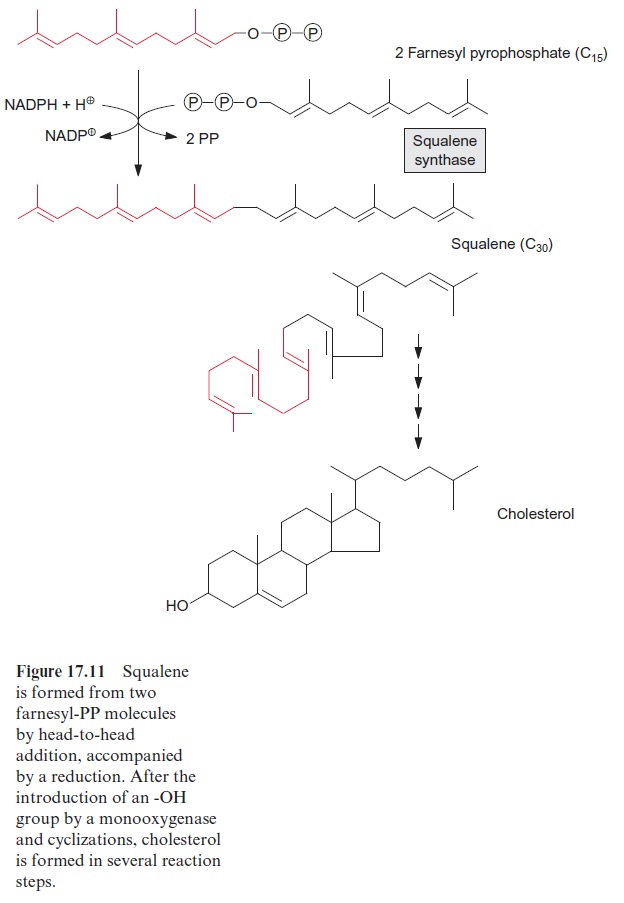 A class of glucosylated steroids, named saponins because of their soap-like properties (Fig. 17.12), functions in plants as toxins against herbiv-ores and fungi. The glucosyl moiety of the saponins consists of a branched oligosaccharide built from glucose, galactose, xylose, and other hexoses. The hydrophilic polysaccharide chain and the hydrophobic steroid give the saponins the properties of a detergent. Saponins are toxic, as they dis-solve the plasma membranes of fungi and cause hemolysis of the red blood cells in animals. Some grasses contain saponins and are therefore a hazard for grazing cattle. Yamonin, a saponin from the yam plant (Dioscorea), is used in the pharmaceutical industry as a precursor for the synthesis of progesterones, a component of contraceptive pills. A number of very toxic glucosylated steroids calledcardenolides, which inhibit the Na+ /K+ pump present in animals, also belong to the saponins. A well-known member of this class of compounds is digitoxigenin (Fig. 17.12), a poison from fox-glove. Larvae of certain butterflies can ingest cardenolides without being harmed. They store these compounds, which then make them poisonous for birds. In low doses, cardenolides are widely used as a medicine against heart disease. Other plant defense substances are the phytoecdysones, a group of steroids with a structure similar to that of the insect hormone ecdysone. Ecdysone controls the pupation of larvae. When insects eat plants which accumulate phytoecdysone, the pupation process is disturbed and the larvae die. 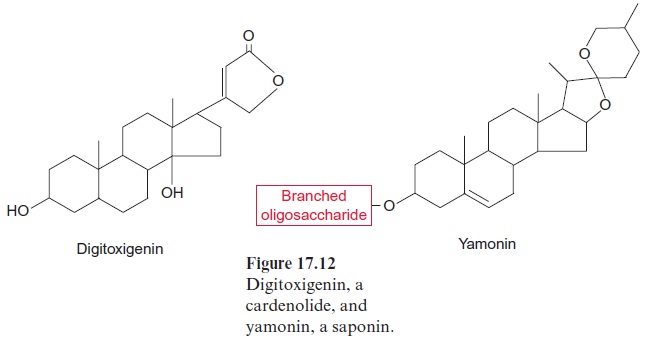