Home | | Science 7th Std | Evolution of idea of an atom

Evolution of idea of an atom

Many scientists have studied the structure of the atom and advanced their theories about it. The theories proposed by Dalton,Thomson and Rutherford are given below.

Evolution of idea of an atom

Many scientists have studied the structure of the atom and advanced their theories about it. The theories proposed by Dalton,Thomson and Rutherford are given below.

John Dalton proposed the atomic theory in the year 1808. He proposed that matter consists of very small particles which he named atoms. An atom is smallest indivisible particle, it is speherical in shape. His theory does not propose anything about the positive and negative charges of an atom. 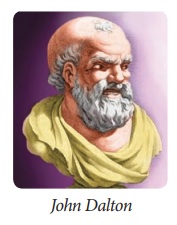 Hence , it was not able to explain many of the properties of substances. 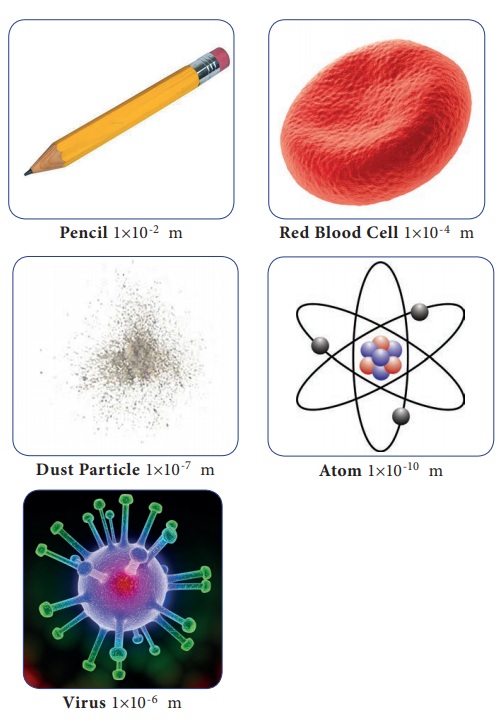 In 1897 J.J Thomoson proposed a different theory. He compared an atom to a watermelon. 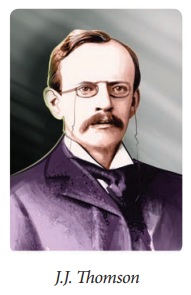 His theory proposed that the atom has positively charged part like the red part of the watermelon andin it are embedded , like the seeds, negatively charged particles which he called electrons. According to this theory as the positive and negative charges are equal, the atom as a whole does not have any resultant charge.

Thomson’s greatest contribution was to prove by experimentation the existence of the negatively charged particles or electrons in an atom. For this discovery, he was awarded the Nobel Prize in 1906. Although this theory explained why an atom is neutral , it was an incomplete theory in other ways.

There were short comming in Thomson's theory, Earnest Rutherford gave a better understanding. Earnest Rutherford conducted an experiment. He Rutherford bombarded a very thinlayer of gold with positively charged alpha rays. He found that most of these rays which travel at a great velocity passed through th gold sheet without encountering any obstacles. A few are, however, turned back from the sheet. 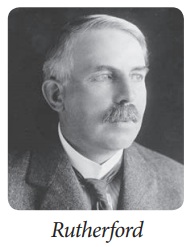 Rutherford considered this remarkable and miraculous as if a bullet had turned back after colliding with tissue paper.

Based on this experiment, Rutherford proposed his famous theory. In his opinion, – 1. The fact that most alpha particles pass through the gold sheet means that the atom consists mainly of empty space. 2. The part from which the positively charged particles are turned back is positively charged but very small in size as compared to the empty space.

From these inferences, Rutherford presented his theory of the structure of atoms. For this theory, he was awarded the Nobel prize for chemistry. 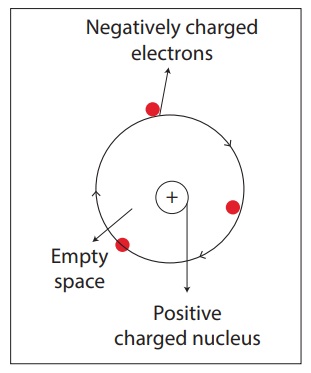 1. The nucleus at the centre of the atom has the positive charge. Most of the mass of the atom is concentrated in the nucleus.

2. The negatively charged electrons revolve around the nucleus in specific orbits.

3. In comparison with the size of the atom, the nucleus is very very small

You have around 7 billion atoms in your body, yet you replace about 98% of them every year!

Stages of discovery of the constituents of an atom

Evolution of the atomic structure from the 5 elements 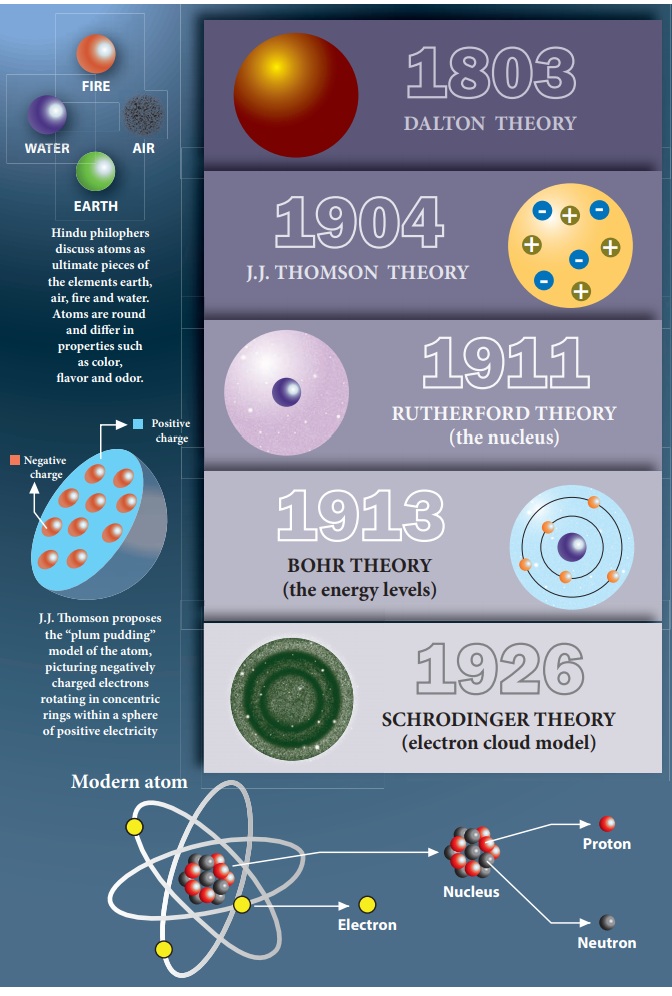