Given the diversity and complexity of stages, states, phases, or intervals in the early life history of fishes.

Given the diversity and complexity of stages, states, phases, or intervals in the early life history of fishes, it is not surprising that several  classification systems have been developed to describe these stages, each differing slightly or greatly in terminology (Fig. 9.1). These schemes all attempt to subdivide about one dozen recognizable, general events during development into a coherent, descriptive progression. The simplest  classification recognizes an egg (which after fertilization or activation contains a developing embryo), which hatches into a larva, which metamorphoses into a juvenile. Subdivisions of this basic sequence generally involve endpoint events, some of which occur quickly, others gradually (Fig. 9.1). Significant endpoint events include closure of the blastopore and lifting of the tail bud of the developing embryo; absorption of the yolk sac, independent feeding, and flexion of the notochord of the larva; development of fin rays, scales, and pigmentation; and changes in body proportions of the juvenile (Fig. 9.2).These general descriptions overlie a more complicated sequence of events involving changes in the anatomy, physiology, behavior, and ecology of a developing fish (Fig. 9.3).From a systematics standpoint, most fish species are readily distinguishable as such from the earliest stages. Early life history stages have consequently played an important role in fish systematics (Cohen 1984; Moser et al. 1984). 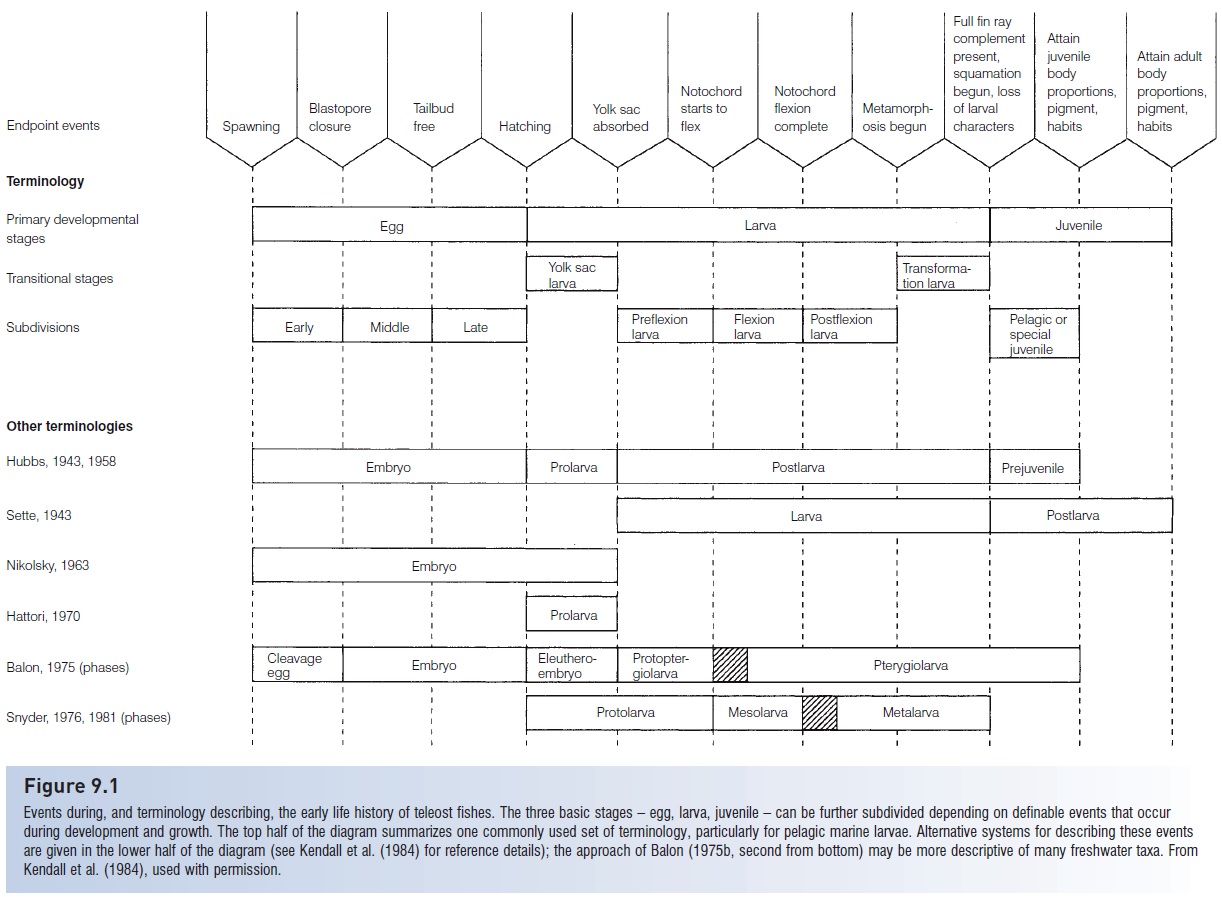 Part of the controversy over developmental terminology arises from the great diversity of embryonic and larval types, developmental rates, and transitional stages or events that exist among the 27,000+species of fishes. Attempts at generalization are frustrated by exception and nuance, and by whether research focuses on marine or freshwater species, pelagic or demersal young, live- or egg-bearers, and embryology or taxonomy. Some workers maintain that development is a continuous and gradual process and that designating exact stages is an arbitrary process. Others maintain that development is saltatory, that it occurs with periods of gradual change punctuated by significant events or thresholds that allow for rapid change, such as the shift from dependence on yolk or maternal secretions to independent, exogenous feeding. This disagreement will not be resolved in the short space available here, but the interested reader should consult references by Balon (1975a, 1975b,1980, 1984), Richards (1976), and Kendall et al. (1984)for a review. 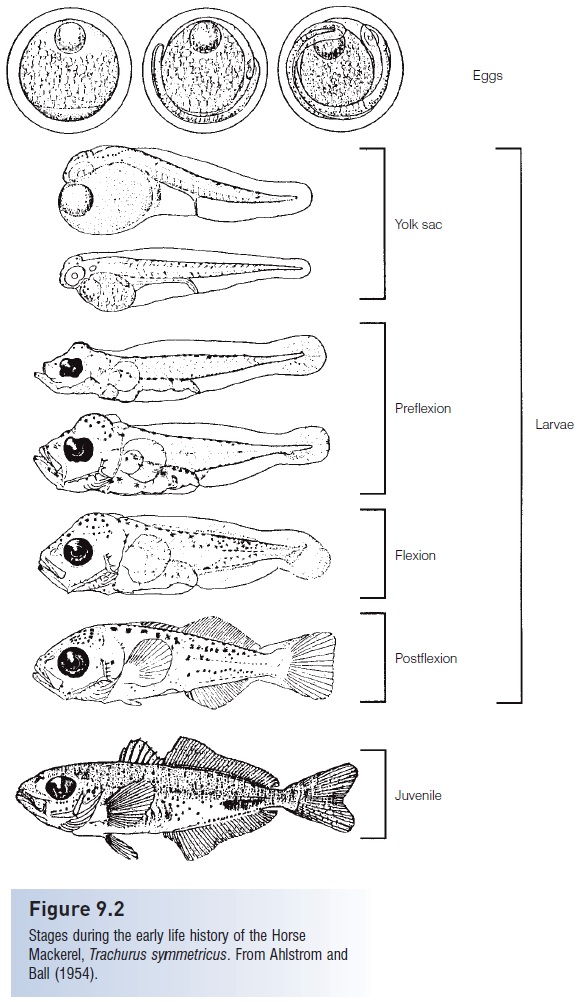 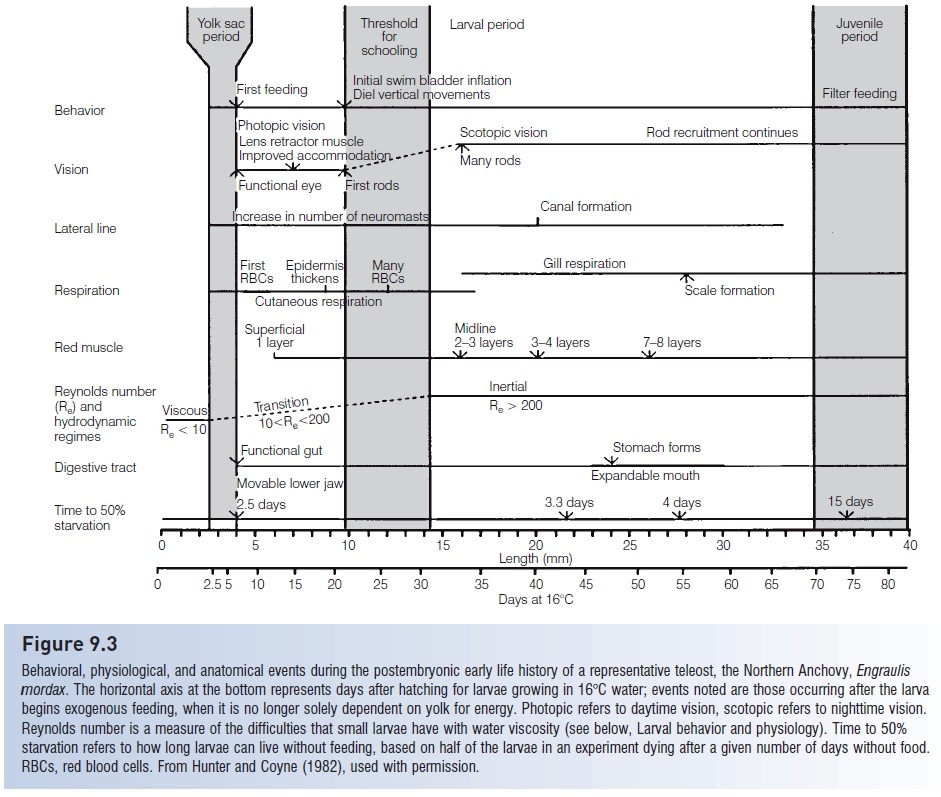