"Activating deals with the steps a manager takes to get sub-ordinates and others to carry out plans" - Newman and Warren.

"Activating deals with the steps a manager takes to get sub-ordinates and others to carry out plans" - Newman and Warren.

Directing concerns the total manner in which a manager influences the actions of subordinates. It is the final action of a manager in getting others to act after all preparations have been completed.

The three elements of directing are

Often used interchangeably, they should to be considered separate and distinct. Creativity can be described as problem identification and idea generation and innovation is considered as idea selection, development and commercialization.

Creativity is creation of new ideas and Innovation is implementation of the new ideas.

There cannot be innovation without creativity. There can be creativity without innovation but it has no value. 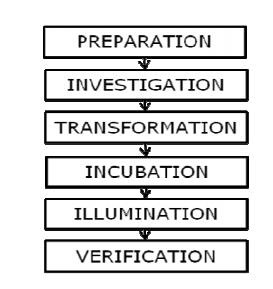 Preparation: This is the first stage at which the base for creativity and innovation is defined; the mind is prepared for subsequent use in creative thinking. During preparation the individual is encouraged to appreciate the fact that every opportunity provides situations that can educate and experiences from which to learn.

The creativity aspect is kindled through a quest to become more knowledgeable. This can be done through reading about various topics and/or subjects and engaging in discussions with others. Taking part in brainstorming sessions in various forums like professional and trade association seminars, and taking time to study other countries and cultures to identify viable opportunities is also part of preparation. Of importance is the need to cultivate a personal ability to listen and learn from others.

Investigation: This stage of enhancing entrepreneurial creativity and innovation involves the business owner taking time to study the problem at hand and what its various components are.

ď‚¬  One will be able to skim the details and see what the bigger picture is the situation/problem's components can be reordered and in doing so new patterns can be identified.

It will help visualize a number of approaches that can be used to simultaneously tackle the problem and the opportunity.

One's decision-making abilities will be bettered such that the urge to make snap decisions will be resisted.

Incubation: At this stage in the quest for creativity and innovation it is imperative that the subconscious reflect on the accumulated information, i.e. through incubation, and this can be improved or augmented when the entrepreneur:

Engages in an activity completely unrelated to the problem/opportunity under scrutiny.

Takes time to daydream i.e. letting the mind roam beyond any restrictions self-imposed or otherwise.

Study the problem/opportunity in a wholly different environment

Illumination: This happens during the incubation stage and will often be spontaneous. The realizations from the past stages combine at this instance to form a breakthrough.

Verification: This is where the entrepreneur attempts to ascertain whether the creativity of thought and the action of innovation are truly effective as anticipated. It may involve activities like simulation, piloting, prototype building, test marketing, and various experiments. While the tendency to ignore this stage and plunge headlong with the breakthrough may be tempting, the transformation stage should ensure that the new idea is put to the test.