A map should include the following components namely, the title, scale, direction, grid system, projection, legend, conventional signs and symbols.

A map should include the following components namely, the title, scale, direction, grid system, projection, legend, conventional signs and symbols.

The statement scale describes the relationship of map distance to ground distance in words, such as one centimetre to ten kilometres. It is expressed as 1cm = 10 km.

It describes the proportion or ratio of the map distance to ground distance. It is usually abbreviated as R.F. It is stated as 1/100000 (or) 1:100000. This means that one unit on the map represents 100,000 of the same unit on the ground. This unit may be an inch or a centimetre or any other linear measurement unit. Thus,

Find the R.F. when the scale is 1 centimetre to 2 kilometre.

In a map, a linear scale is represented by a straight line divided into equal parts (Primary and secondary) to show what these markings represent on the actual ground. This scale helps in the direct measurement of distance on the map. 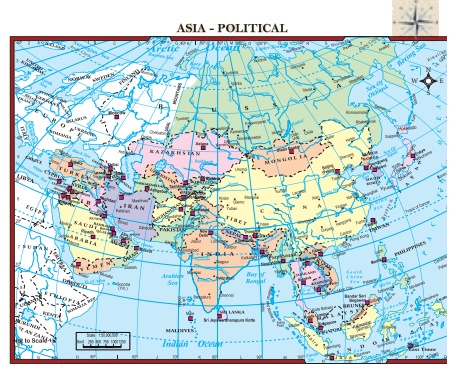 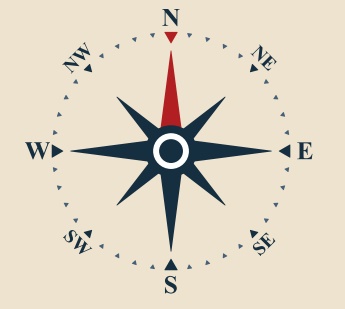 A grid is a set of lines with alphanumeric codes for defining a location on a map in many topographical sheets. The lines that run horizontally from left to right of the map are known as northings, whereas, the lines that run vertically from the top to the bottom of the map are called eastings. The points at which the vertical and horizontal lines of the grid intersect are called coordinates which are identified by numbers or letters. 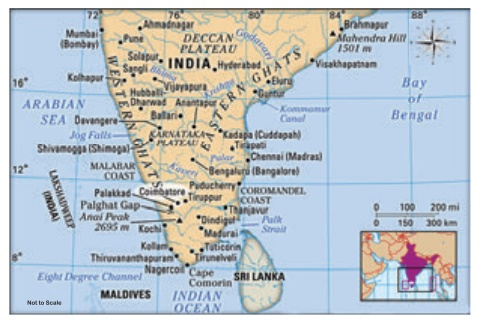 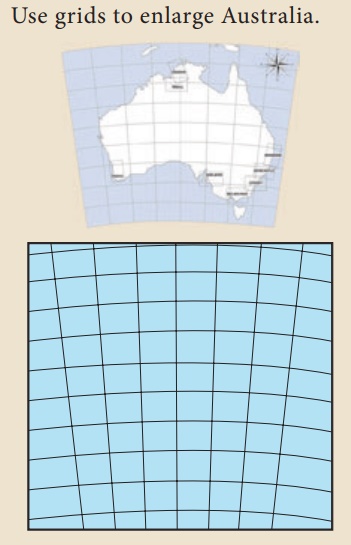 A map projection is a way of showing the spherical shaped earth on a flat piece of paper. Where does the word 'projection' come from? Imagine a clear globe with latitude and longitude lines and the outlines of the landmasses on it. Suppose there was a light bulb inside the globe. If you wrapped a piece of paper around the globe and turned on the light bulb, the outlines of the grid and landmasses would be projected onto the paper. Map projection is defined as the transformation of spherical network of latitudes and longitudes on a plane surface. Projections are drawn to maintain the shape, area and directions. 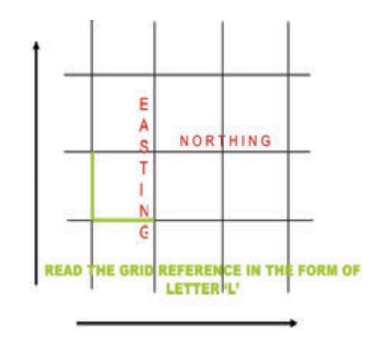 The three methods in widest use are as follows:

·              Projection directly onto a flat plane, called planar or zenithal or azimuthal projection 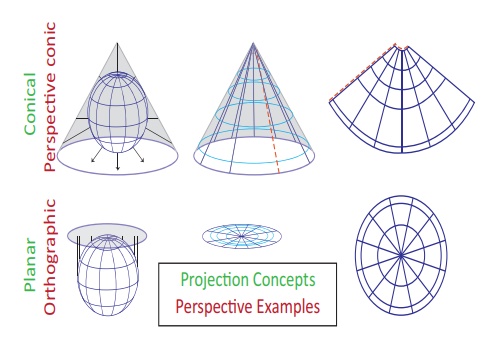 The legend of a map helps to understand the map details which are placed at the left or right corner at the bottom of the map.

A map is a global language and it needs to be drawn according to the international standards. Conventional signs and symbols are standard symbols used on a map and explained in the legend to convey a definite meaning. The topographic map contains a variety of information about physical and cultural features. These are shown by using signs and symbols in various colours so that the clarity of the map is maintained.

There are three types of map symbols

The following colour codes are used with map symbols 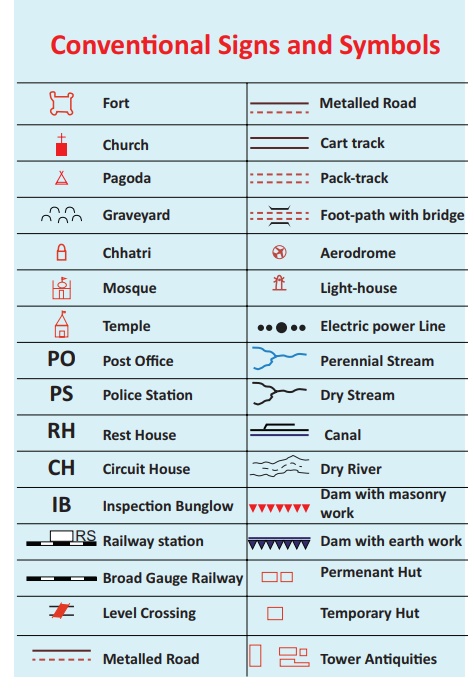