The op-amp can be effectively utilized in linear applications by providing a feedback from the output to the input, either directly or through another network.

The input impedance of the op- amp is normally much larger than the input resistance R1.

Which as the same form as given in above eqn for an ideal inverter. 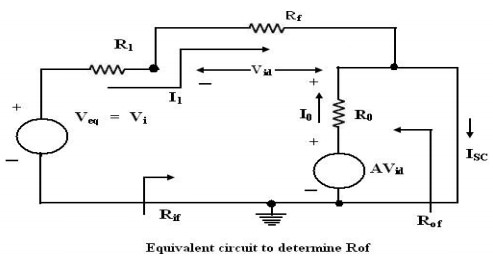 The non – inverting Amplifier with negative feedback is shown in figure. The input signal drives the non – inverting input of op-amp. The op-amp provides an internal gain A. The external resistors R1 and Rf form the feedback voltage divider circuit with an attenuation factor of β.

The differential voltage Vid at the input of the op-amp is zero, because node A is at the same voltage as that of the non- inverting input terminal. As shown in figure, Rf and R1 form a potential divider. Therefore, 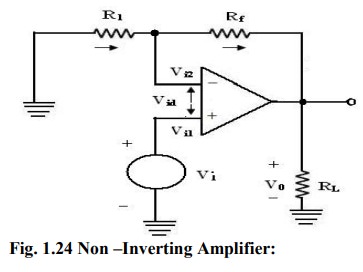 The input resistance of the op – amp is extremely large (approximately infinity,) since the op – amp draws negligible current from the input signal.

The equivalent circuit of a non- inverting amplifier using the low frequency model is shown below in figure. Using Kirchhoff’s current law at node a, 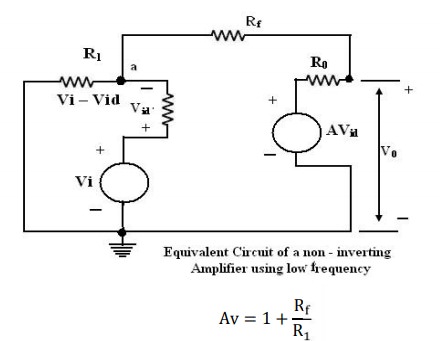 It will be performed by computing 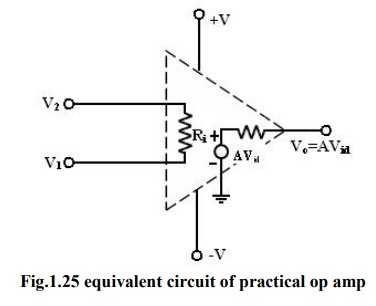 From the above eqn. 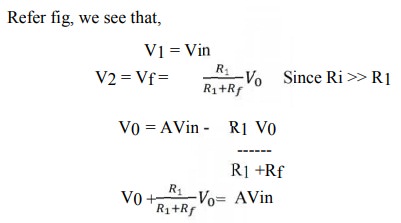