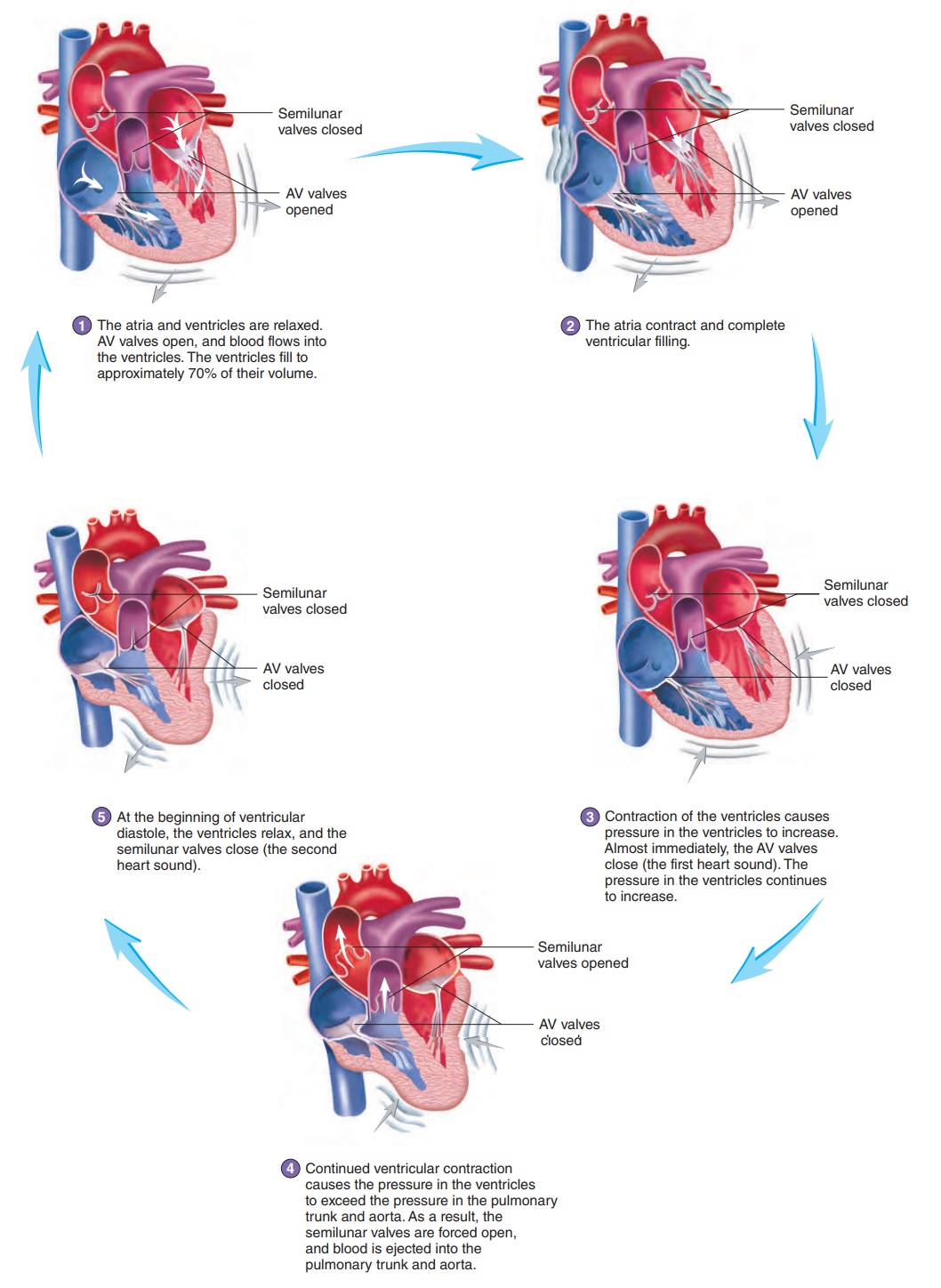 The right and left halves of the heart can be viewed as two separate pumps. Each pump consists of a primer pump—the atrium—and a power pump—the ventricle. The atria act as primer pumps because they complete the filling of the ventricles with blood, and the ventricles act as power pumps because they produce the major force that causes blood to flow through the pulmonary and systemic circulations. The term cardiac cycle refers to the repeti-tive pumping process that begins with the onset of cardiac muscle contraction and ends with the beginning of the next contraction (figure 12.17). Pressure changes produced within the heart chambers as a result of cardiac muscle contraction move blood from areas of higher pressure to areas of lower pressure. 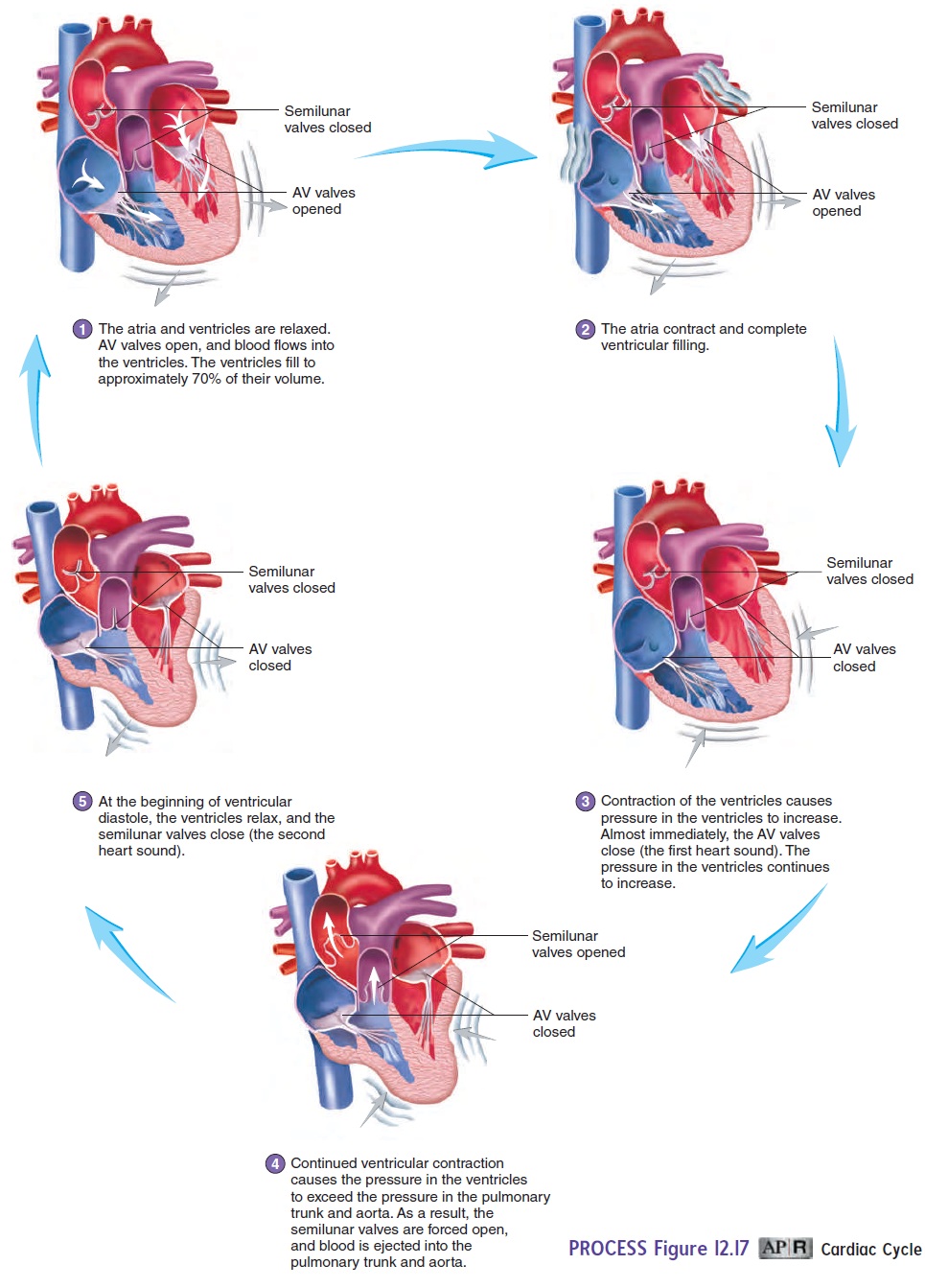 ·     Ventricular systole—At the beginning of ventricularsystole, contraction of the ventricles pushes blood toward the atria, causing the AV valves to close as the pressure begins to increase (figure 12.17, step 3). 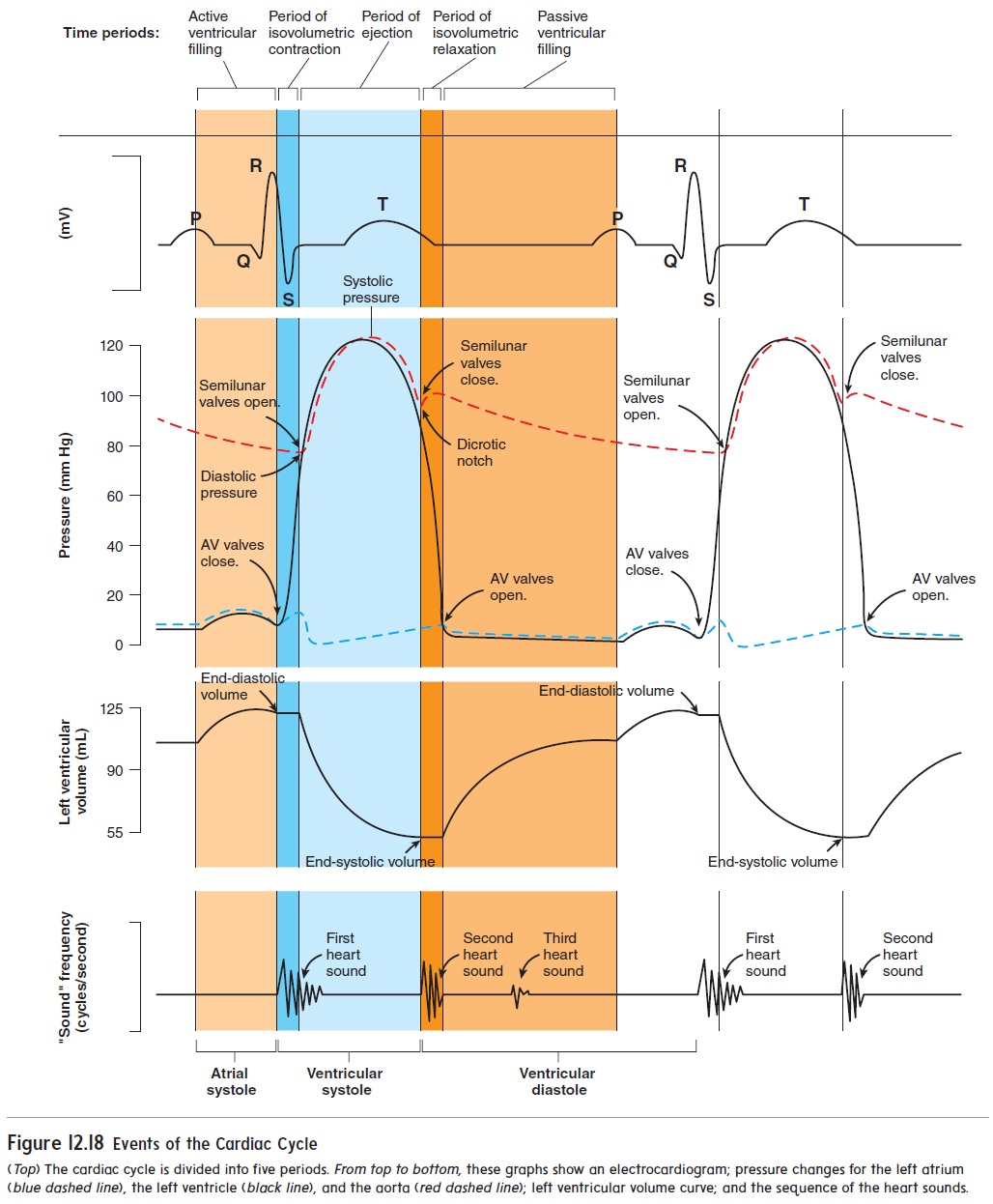 Figure 12.18 displays the main events of the cardiac cycle and should be examined from top to bottom for each period. The ECG indicates the electrical events that cause the atria and ventricles to contract and relax. The pressure graph shows the pressure changes within the left atrium (blue dashed line), left ventricle (black line), and aorta (red dashed line) resulting from atrial and ventricular contraction and relaxation. The pressure changes in the right side of the heart are not shown here, but they are similar to those in the left side, only lower. The volume graph presents the changes in left ventricular volume as blood flows into and out of the left ventricle as a result of the pressure changes. The sound graph records the closing of valves caused by blood flow. See figure 12.17 for illus-trations of the valves and blood flow.