The process of intake of oxygen rich air and giving out of air rich in carbon dioxide is generally called respiration.

Direct Observation Therapy (DOTs) can treat about 95% of the TB patients.

The surface area of the lungs is roughly the same size as a tennis court (525 feet long).

It is possible to live with one lung.

The highest recorded ‘sneeze speed’ is 165 km per hour.

Yawning helps us to breathe more oxygen to the lungs. When our brain senses the shortage of O2, it send a message to CNS to imbalance to O2 demand and trigger us to yawn.

Breathing through mouth results in bladder shrinkage and creates an urge to urinate in the middle of the night.

Most people can hold their breath between 30 seconds to one minute.

Hiccups are due to eating too fast or having occasional spasms of the diaphragm. 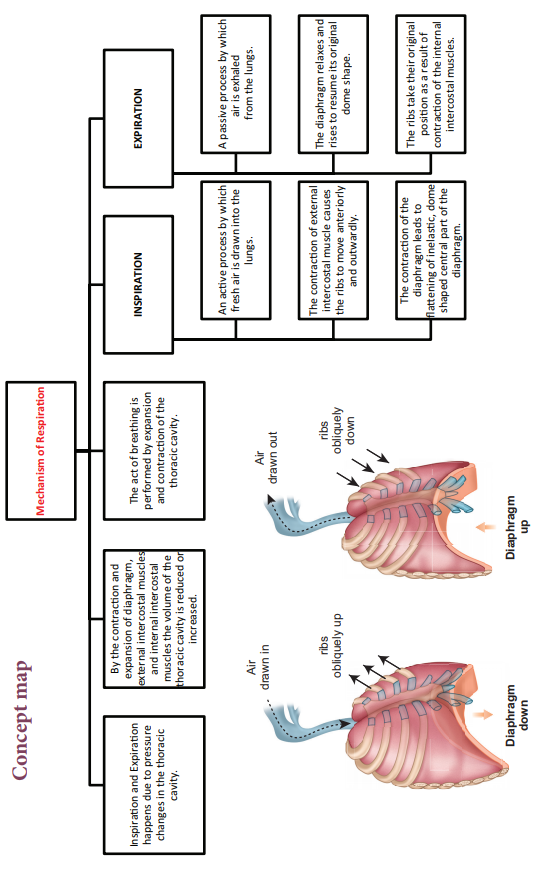 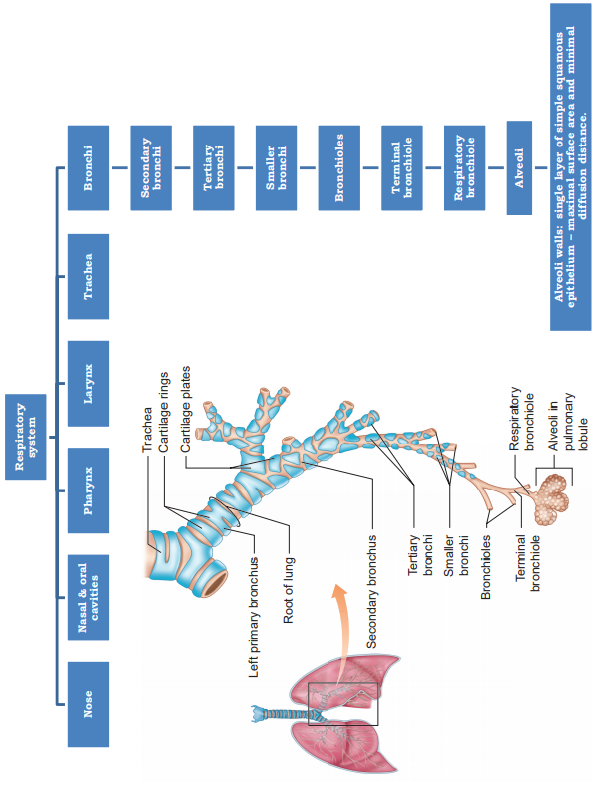 The process of intake of oxygen rich air and giving out of air rich in carbon dioxide is generally called respiration. Pollutants and micro organism are filtered from the inspired air by the hair and mucus present in the nostrils. The two main steps in the mechanism of respiration are inspiration and expiration which takes place due to pressure gradient in the atmosphere and lungs.

O2 is transported in blood in dissolved form and is also bound to haemoglobin. One molecule of haemoglobin can bind four molecules of O2. The Sigmoid shape of the O2 haemoglobin dissociative curve shows increased affinity for each O2 molecule.

CO2 is transported in blood in dissolved form as carbamino haemoglobin and as HCO3. HCO3 is produced in RBCs from CO2 and water catalysed by carbonic anhydrase. Breathing is controlled by medullary respiratory centre.

Respiratory volumes and capacities indicate the amount of air inspired and expired during normal respiration. Our respiratory system can be affected by pollutants, pathogens and other chemical substances found in air. Lung cancer and emphysema cannot be cured and these diseases are common among cigarette smokers.

People at higher level than the sea level are prompted to altitude sickness as the barometric pressure is low in those regions. Surfactant, emphysema, Asthma and Dead space have been discussed. During vigorous exercise the rate of respiration increases.