Arrival of Europeans and the Aftermath - Advent of the British | 11th History : Chapter 16 : The Coming of the Europeans

Advent of the British

A group of wealthy merchants of Leadenhall Street in London secured a royal charter from Queen Elizabeth I to have a share in the lucrative spice trade with the East.

Advent of the British

A group of wealthy merchants of Leadenhall Street in London secured a royal charter from Queen Elizabeth I to have a share in the lucrative spice trade with the East. The Company, headed by a governor, was managed by a court of 24 Directors. In 1611, King James I obtained from Mughal Emperor Jahangir through William Hawkins, permission for regular trade. The English obtained some trading privileges in Surat. In 1615–19 Sir Thomas Roe was sent as an Ambassador of the English King James I. The Viceroy of Gujarat, Prince Khurram granted trading privileges, but the British could not operate freely because the Portuguese exercised a powerful influence in the region.

Madras was ceded to East India Company in 1639 by the Raja of Chandragiri with permission to build a fortified factory which was named Fort St. George. This was the first landholding recorded by the Company on Indian soil.

In 1645, the ruler of Golkonda overran the territories under the Company’s control in Madras. Aurangzeb conquered Golkonda in 1687 and brought the Company territories under Mughal rule. But the privileges granted to the English continued. Within a short time Madras replaced Masulipatinam as the headquarters of the English on the Coromandel Coast. The island of Bombay, which Charles II had inherited as dowry, was transferred to the Company in 1668.The Charter of 1683 empowered the Company to raise military forces and the right to declare war or make peace with the powers in America, Africa and Asia. In 1688 Madras had a municipal government with a Mayor. In 1693 the Company obtained another grant of three villages surrounding Madras and in 1702 five more villages were granted. 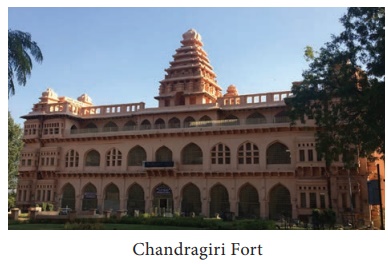 In Bengal it was a long drawn struggle for the British to obtain trading rights. The Company obtained trading privileges from Shah Shuja, the second son of Shajahan and the Governor of Bengal, but there was no royal confirmation of such privileges. The trading rights for the British in Bengal were obtained only in 1680. Local officials interfered with the trading rights of the British and this resulted in the Company declaring war with the ruler representing the Mughals. Peace was restored in 1690 and the Company established its first settlement at Sultanuti, a site which became the future Calcutta. The factory was fortified in 1696 and in 1698 the Company secured the zamindari rights over three villages, Sutanuti, Kalikata and Gobindpur in return for a payment of 1200 rupees a year. The fortified factory was called Fort St. William which became the headquarters of the Presidency in 1770.

Sir William Norris, sent by the English King William III in 1698, met Aurangzeb to get full English jurisdiction over the English settlements. This was to confirm the existing privileges and to extend their trading rights further. But this request was conceded only during 1714- 17, when a mission under Surman sent to the Mughal Emperor Farukhsiyar obtained firman (grant of trading rights) addressed to the local rulers of Gujarat, Hyderabad and Bengal.