Absorption and assimilation of proteins, carbohydrates and fats

Absorption is a process by which the end product of digestion passes through the intestinal mucosa into the blood and lymph.

Absorption and assimilation of proteins, carbohydrates and fats

Absorption is a process by which the end product of digestion passes through the intestinal mucosa into the blood and lymph. The villi in the lumen of ileum are the absorbing units, consisting of a lacteal duct in the middle surrounded by fine network of blood capillaries. The process of absorption involves active, passive and facilitated transport. Small amounts of glucose, amino acids and electrolytes like chloride ions are generally absorbed by simple diffusion. The passage of these substances into the blood depends upon concentration gradients. However, some of the substances like fructose are absorbed with the help of the carrier ions like Na+. This mechanism is called facilitated transport.

Nutrients like amino acids, glucose and electrolytes like Na+ are absorbed into the blood against the concentration gradient by active transport. The insoluble substances like fatty acids, glycerol and fat soluble vitamins are first incorporated into small, spherical water soluble droplets called micelles and are absorbed into the intestinal mucosa where they are re-synthesized into protein coated fat globules called chylomicrons which are then transported into the lacteals within the intestinal villi and eventually empty into lymphatic duct.

The lymphatic ducts ultimately release the absorbed substances into the blood stream. While the fatty acids are absorbed by the lymph duct, other materials are absorbed either actively or passively by the capillaries of the villi (Figure. 5.9) . Water soluble vitamins are absorbed by simple diffusion or active transport. Transport of water depends upon the osmotic gradient. 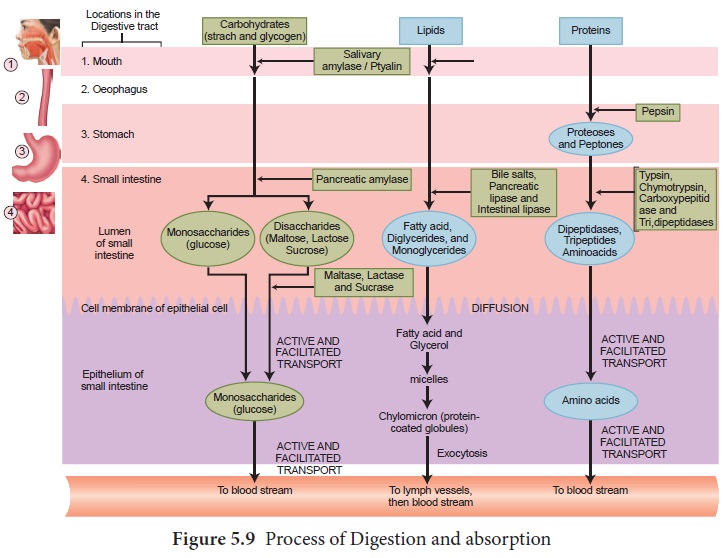 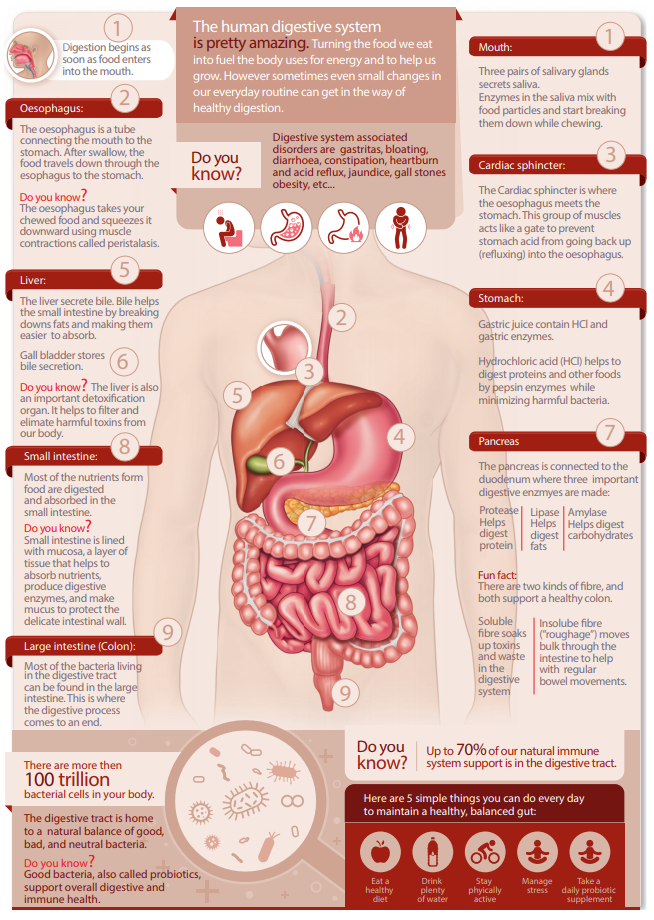