One of the application of comparator is the zero crossing detector or ―sine wave to Square wave Converter . 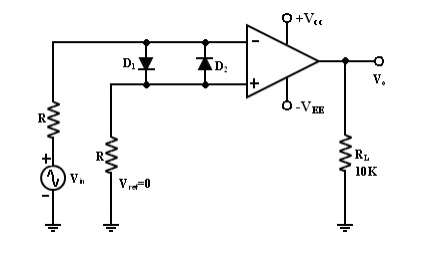 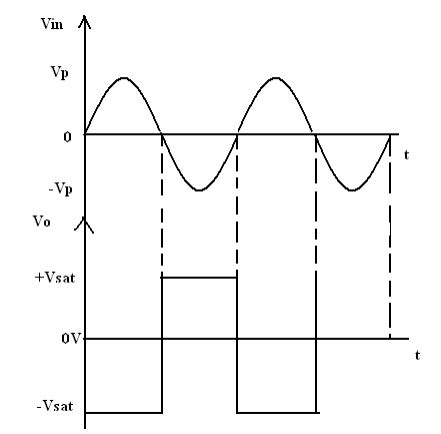 In some applications, the input Vin may be a slowly changing waveform, (i.e) a low frequency signal. It will take Vin more time to cross 0V, therefore V0 may not switch quickly from one saturation voltage to the other. Because of the noise at the op-amp‘s input terminals the output V0 may fluctuate between 2 saturations voltages +Vsat and –Vsat. Both of these problems can be cured with the use of regenerative or positive feedback that cause the output V0 to change faster and eliminate any false output transitions due to noise signals at the input. Inverting comparator with positive feedback . This is known as ―Schmitt Trigger . 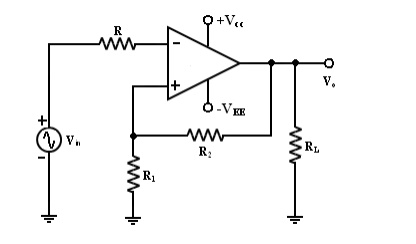 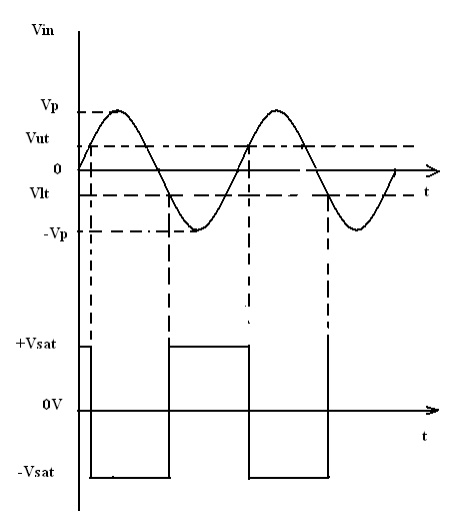 This circuit converts an irregular shaped waveform to a square wave or pulse. The circuit is known as Schmitt Trigger or squaring circuit. The input voltage Vin triggers (changes the state of) the o/p V0 every time it exceeds certain voltage levels called the upper threshold Vut and lower threshold voltage. These threshold voltages are obtained by using theh voltage divider R1  – R2,  where the voltage across R1 is feedback to  the (+) input.

The voltage across R1 is variable reference threshold voltage that depends on the value of the output voltage. When V0 = +Vsat, the voltage across R1 is called ―upper threshold voltage Vut. The input voltage Vin must be more positive than Vut in order to cause the output V0 to switch from +Vsat to –Vsat. As long as Vin< Vut , V0 is at +Vsat, using voltage divider rule,

V0 is at –Vsat. Vlt is given by the following eqn.

Thus, if the threshold voltages Vut and Vlt are made larger than the input noise voltages, the positive feedback will eliminate the false o/p transitions. Also the positive feedback, because of its regenerative action, will make V0 switch faster between +Vsat and –Vsat. Resistance Rcomp

R1 || R2 is used to minimize the offset problems. The comparator with positive feedback is said texhibit hysteresis, a dead band condition. (i.e) when the input of the comparator exceeds Vut its output switches from +Vsat to –Vsat and reverts to its original state, +Vsat when the input goes below Vlt. The hysteresis voltage is equal to the difference between Vut and Vlt.