The expression for the output voltage V0 can be obtained by KVL eqn at node V2.

where C integration constant A

Ex: If the input is sine wave -> output is cosine wave.

If the input is square wave -> output is triangular wave. 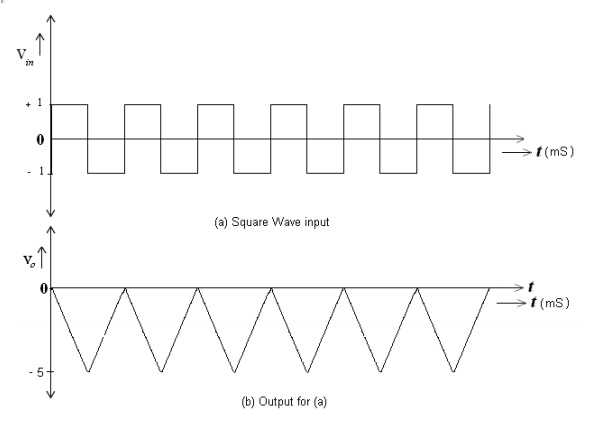 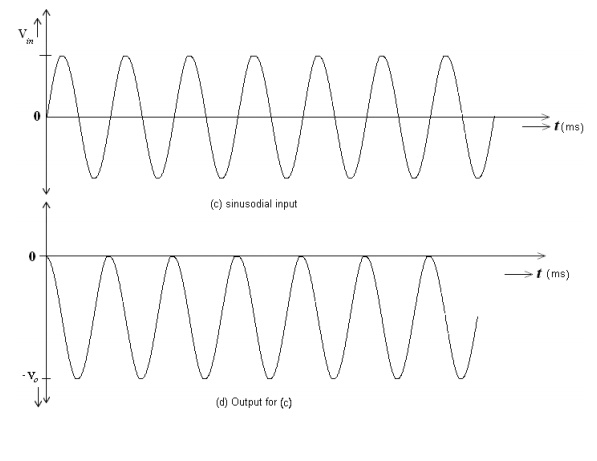 When Vin = 0 the integrator works as an open loop amplifier because the capacitor CF acts an open circuit to the input offset voltage Vio.

The Input offset voltage Vio and the part of the input are charging capacitor CF produce the error voltage at the output of the integrator. 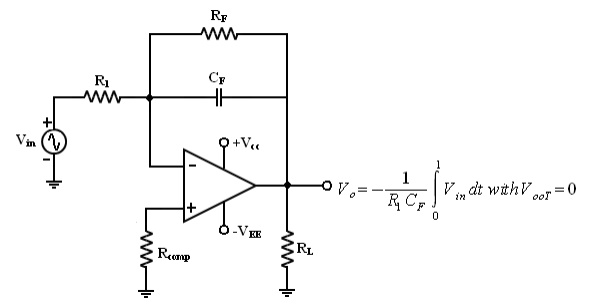 Practical Integrator to reduce the error voltage at the output, a resistor RF is connected across the feedback capacitor CF.

Thus RF limits the low frequency gain and hence minimizes the variations in the output voltages. The frequency response of the basic integrator, shown from this fb is the frequency at which the gain is dB and is given by,

Both the stability and low frequency roll-off problems can be corrected by the addition of a resistor RF in the practical integrator.

Stability -> refers to a constant gain as frequency of an input signal is varied over a certain range.

Low frequency -> refers to the rate of decrease in gain roll off at lower frequencies.

From the fig of practical Integrators,

f is some relative operating frequency and for frequencies f to fa to gain RF / R1 is constant. After fa the gain decreases at a rate of 20dB/decade or between fa and fb the circuit act as an integrator.

Generally the value of fa and in turn R1 CF and RF CF values should be selected such that fa<fb. In fact, the input signal will be integrated properly if the time period T of the signal is larger than

Most commonly used in analog computers.