Op-amp may be used to design a circuit whose output is the sum of several input signals. Such a circuit is called a summing amplifier or a summer. 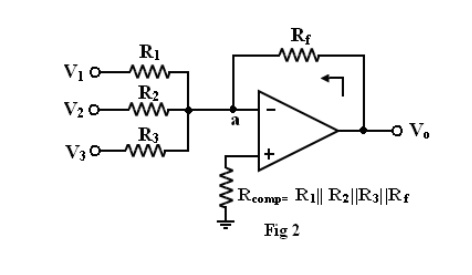 The following analysis is carried out assuming that the op-amp is an ideal one, that is, AOL = ∞. Since the input bias current is assumed to be zero, there is no voltage drop across the resistor Rcomp and hence the non-inverting input terminal is at ground potential. 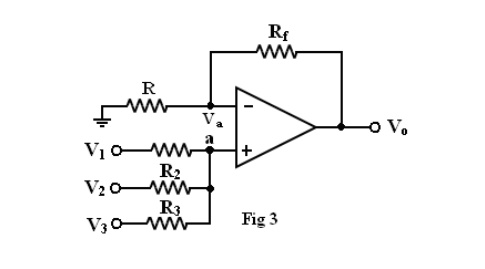 A summer that gives a non-inverted sum is the non-inverting summing amplifier of figure 3. Let the voltage at the (-) input teriminal be Va.

which is a non-inverting weighted sum of inputs.