Under this method, depreciation is charged at a fixed percentage on the written down value of the asset every year. 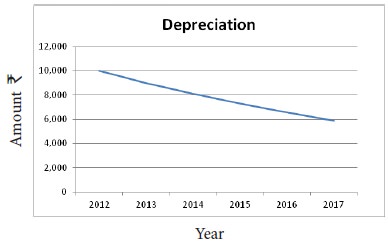 Following are the merits of written down value method.

(a)  Equal charge against income

Following are the limitations of written down value method.

(a)  Assets cannot be completely written off

Under this method, the value of an asset even if it becomes obsolete and useless, cannot be reduced to zero and some balance would continue in the asset account.

(b)  Ignores the interest factor

This method does not take into account the loss of interest on the amount invested in the asset. The amount would have earned interest, had it been invested outside the business is not considered.

(c)  Difficulty in determining the rate of depreciation

Under this method, the rate of providing depreciation cannot be easily determined. The rate is generally kept higher because it takes very long time to write off an asset down to its scrap value.

(d)  Ignores the actual use of the asset

This method is suitable in case of assets having a comparatively long life and which require considerable repairs in the later years when they become older. Examples are building and plant and machinery.

Differences between straight line method and written down value method 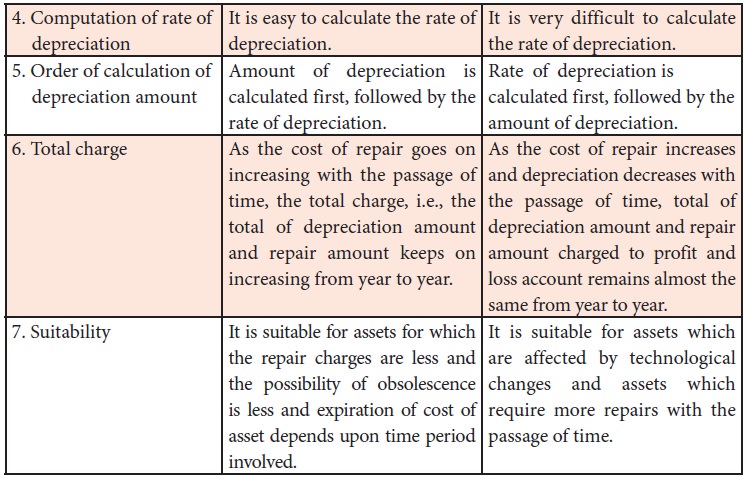