The presentation style of a window refers to its spatial relationship to other windows. There are two basic styles, commonly called tiled or overlapping.

The presentation style of a window refers to its spatial relationship to other windows.

There are two basic styles, commonly called tiled or overlapping.

Tiled windows derive their name from common floor or wall tile. Tiled windows appear in one plane on the screen and expand or contract to fill up the display surface, as needed.

Most systems provide two-dimensional tiled windows, adjustable in both height and width. 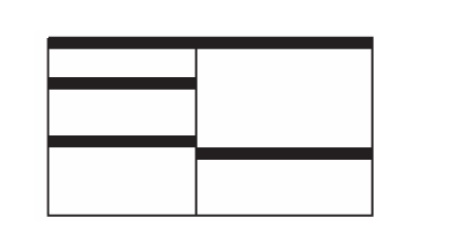 The system usually allocates and positions windows for the user, eliminating the necessity to make positioning decisions.

Open windows are always visible, eliminating the possibility of them being lost and forgotten.

Every window is always completely visible, eliminating the possibility of information being hidden.

They are perceived as fewer complexes than overlapping windows, possibly because there are fewer management operations or they seem less “magical.”

They are easier, according to studies, for novice or inexperienced people to learn and use.

They yield better user performance for tasks where the data requires little window manipulation to complete the task.

Only a limited number can be displayed in the screen area available.

As windows are opened or closed, existing windows change in size. This can be annoying.

As windows change in size or position, the movement can be disconcerting.

As the number of displayed windows increases, each window can get very tiny.

The changes in sizes and locations made by the system are difficult to predict.

The configuration of windows provided by the system may not meet the user’s needs.

They are perceived as crowded and more visually complex because window borders are flush against one another, and they fill up the whole screen. Crowding is accentuated if borders contain scroll bars or control icons. Viewer attention may be drawn to the border, not the data.

They permit less user control because the system actively manages the windows.

Overlapping windows may be placed on top of one another like papers on a desk.

They possess a three-dimensional quality, appearing to lie on different planes. 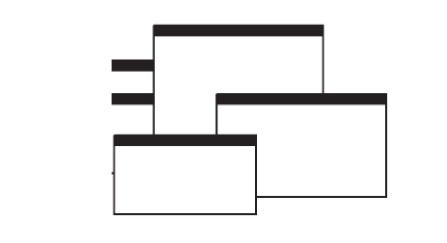 Visually, their look is three-dimensional, resembling the desktop that is familiar to the user.

Greater control allows the user to organize the windows to meet his or her needs.

Screen space conservation is not a problem, because windows can be placed on top of one another.

There is less pressure to close or delete windows no longer needed.

The possibility exists for less visual crowding and complexity. Larger borders can be maintained around window information, and the window is more clearly set off against its background. Windows can also be expanded to fill the entire display.

They yield better user performance for tasks where the data requires much window manipulation to complete the task.

Information in windows can be obscured behind other windows.

Windows themselves can be lost behind other windows and be presumed not to exist.

That overlapping windows represent a three-dimensional space is not always realized by the user.

Control freedom increases the possibility for greater visual complexity and crowding. Too many windows, or improper offsetting, can be visually overwhelming.

A special type of overlapping window has the windows automatically arranged in a regular progression.

Each window is slightly offset from others, as illustrated in Figure 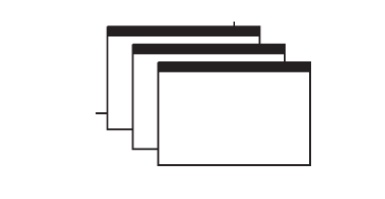 No window is ever completely hidden.

Bringing any window to the front is easier.

It provides simplicity in visual presentation and cleanness.

Use tiled windows for:

Use overlapping windows for: