On the basis of the cellular organization and the nuclear characteristics, the cell can be divided into • Prokaryotes • Mesokaryotes and • Eukaryotes

On the basis of the cellular organization and the nuclear characteristics, the cell can be divided into

Those organisms with primitive nucleus are called as prokaryotes (pro – primitive; karyon – nucleus). The DNA lies in the ‘nucleoid’ which is not bound by the nuclear membrane and therefore it is not a true nucleus and is also a primitive type of nuclear material. The DNA is without histone proteins. Example: Bacteria, blue green algae, Mycoplasma, Rickettsiae and Spirochaetae.

In the year 1966, scientist Dodge and his coworkersproposedanotherkindoforganisms called mesokaryotes. These organisms which shares some of the characters of both prokaryotes and eukaryotes. In other words these are organisms intermediate between pro and eukaryotes. These contains well organized nucleus with nuclear membrane and the DNA is organized into chromosomes but without histone protein components divides through amitosis similar with prokaryotes. Certain Protozoa like Noctiluca, some phytoplanktons like

Those organisms which have true nucleus are called Eukaryotes (Eu – True; karyon – nucleus). The DNA is associated with protein bound histones forming the chromosomes. Membrane bound organelles are present. Few organelles may be arisen by endosymbiosis which is a cell living inside another cell. The organelles like mitochondria and chloroplast well support this theory.

The first cell might have evolved approximately 3.8 billion years ago. The primitive cell would have been similar to present day protists (Figure 6.7). 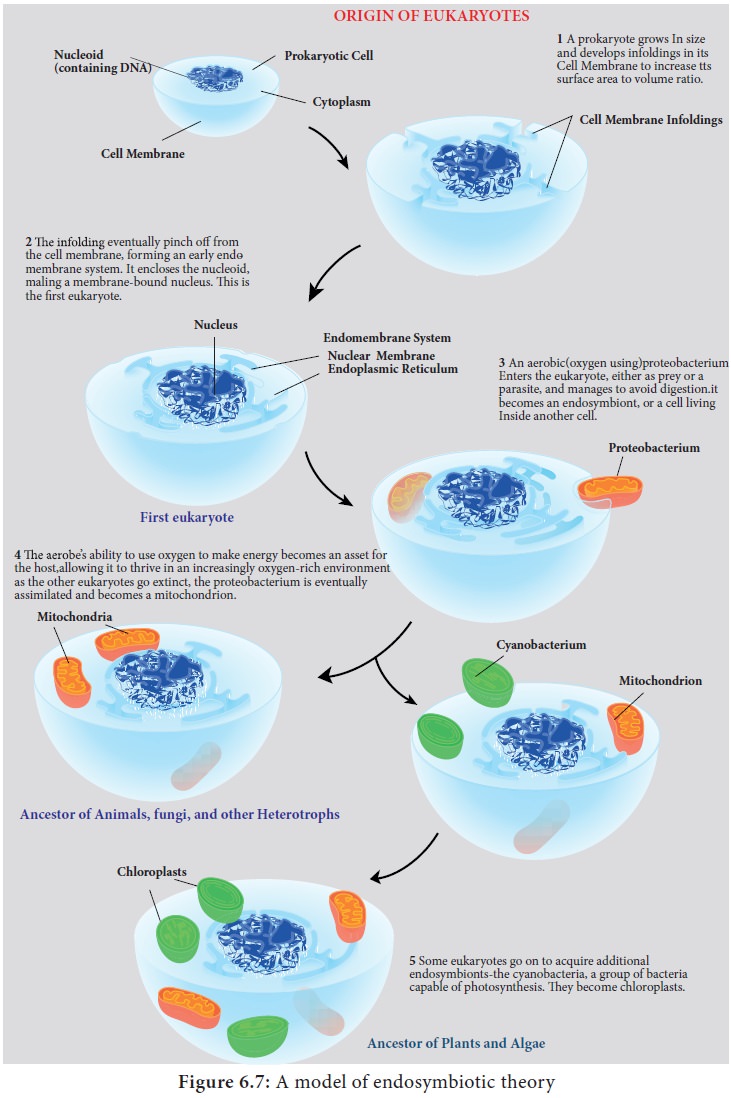 Comparison between types of cellular organization 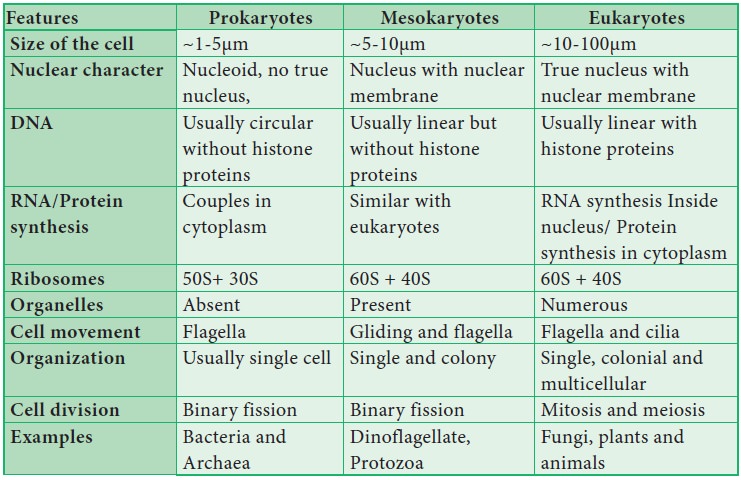 Endosymbiont theory: Two eukaryotic organelles believed to be the descendants of the endosymbiotic prokaryotes. The ancestors of the eukaryotic cell engulfed a bacterium and the bacteria continued to function inside the host cell.