Migration can be classified in several ways. It is usually categorized as follows;

Migration can be classified in several ways. It is usually categorized as follows;

a. Based on the movement associated with administrative limits

1. Rural to Urban Migration is the movement of population from rural areas to growing towns and cities mainly in search of employment, education and recreation facilities.

2. Urban to Urban Migration is the migration between one urban centre to the other like in search of higher income.

3. Rural to Rural Migration is driven by fertile land for cultivation and other sociological factors like Marriage etc.

In 2017, India was the largest country of origin of international migrants (17 million), followed by Mexico (13 million). ( International Migration Report, 2017).

b. Based on the willingness of the migrants for migration

i. Voluntary Migration: If the migration takes place on person’s free will, initiative and desire to live in a better place and to improve their financial status, the migration is said to be voluntary.

ii. Involuntary or forced Migration: If the migration takes place against the will of migrants, the migration is termed as involuntary migration. The push factors like war may force the people to emigrate from a place is of this type. 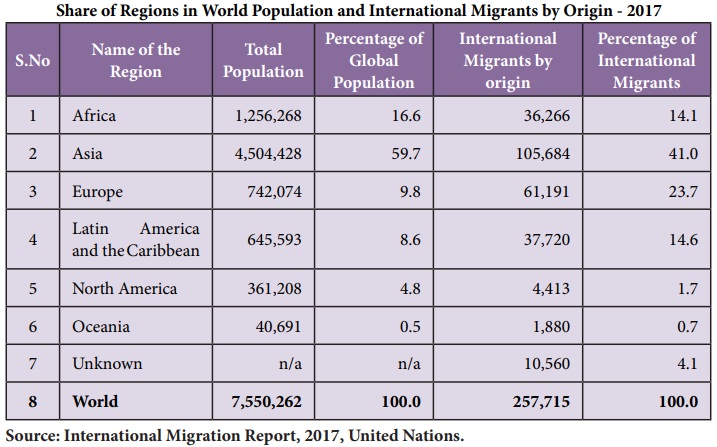 c. Based on the duration of stay of migrants in the place of destination

i. Short term migration: In this kind of migration, the migrants stay outside only for a short duration before returning to the place of origin. The duration may be from a few days to few months.

ii. Long term migration: It is a kind of migration in which the migrants stay outside at least for a few years.

iii. Seasonal migration: In this type of migration usually a group of people migrates from their native places during a particular season and returns after end of that season. People migrating to hill stations during summer and the migration of agricultural workers during sowing seasons belong to this category. Transhumance is an another example of seasonal migration. 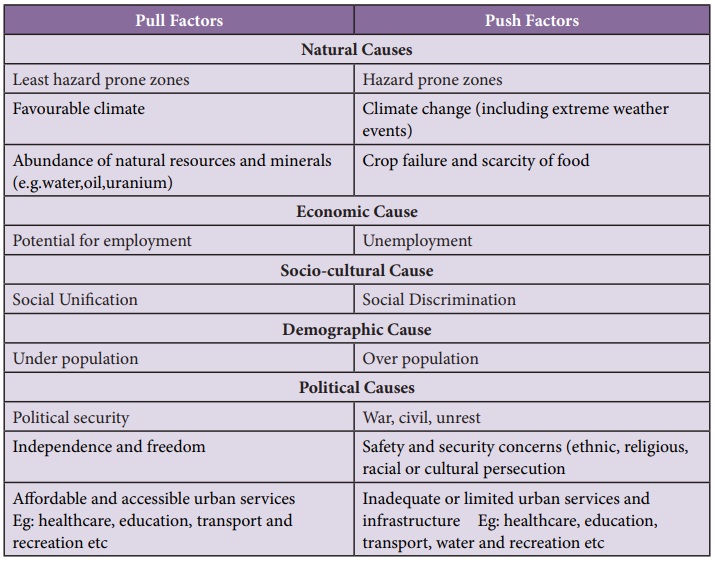