Here is a story about love, devotion, sacrifice, sincerity and maturity displayed by two little boys in their actions to save the life of their sister who suffers from tuberculosis of the spine. Read the story to find out how their actions give a new hope for humanity.

By A J Cronin

Here is a story about love, devotion, sacrifice, sincerity and maturity displayed by two little boys in their actions to save the life of their sister who suffers from tuberculosis of the spine. Read the story to find out how their actions give a new hope for humanity.

As we drove through the foothills of the Alps two small boys stopped us on the outskirts of Verona. They were selling wild strawberries. “Don’t buy,” warned Luigi, our cautious driver. “You will get much better fruit in Verona. Besides, these boys.....”

He shrugged his shoulders to convey his disapproval of their shabby appearance.

One boy had on a worn jersey and cut-off khaki pants; the other a shortened army tunic gathered in loose folds about his skinny frame. Yet, gazing at the two little figures, with their brown skins, tangled hair and dark earnest eyes, we felt ourselves strangely attracted. My companion spoke to the boys, discovered that they were brothers. Nicola, the elder, was 13; Jacopo, who barely came up to the door handle of the car, was nearly 12. We bought their biggest basket, and then set off toward town.

Next morning, coming out of our hotel, we saw our friends bent over shoe shine boxes beside the fountain in the public square, doing brisk business. 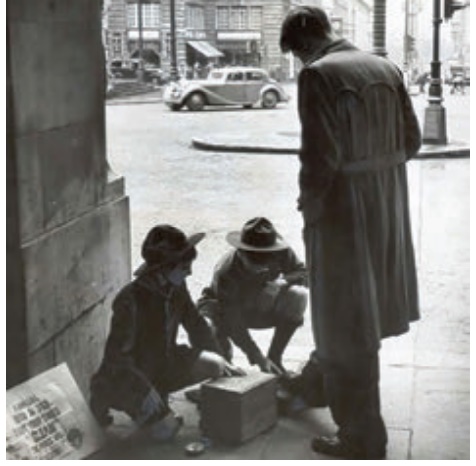 We watched for a few moments; then as trade slackened we went over. They greeted us with friendly faces.

“I thought you picked fruit for a living,” I said.” We do many things, sir,” Nicola answered seriously. He glanced at us hopefully. “Often we show visitors through the town ... to Juliet’s tomb ... and other places of interest.”

As we made the rounds, my interest was again provoked by their remarkable demeanour. They were childish enough, and in many ways quite artless. Jacopo was lively as a squirrel. Nicola’s smile was steady and engaging. Yet in both these boyish faces there was a seriousness which was far beyond their years. In the week which followed we saw them frequently, for they proved extremely useful to us. If we wanted a pack of American cigarettes, or seats for the opera or the name of good restaurant, Nicola and Jacopo could be relied upon to satisfy our needs. What struck one most was their willingness to work. During these summer days, under the hot sun, they shined shoes, sold fruit, hawked newspapers, conducted tourists round the town, and ran errands.

One night, we came upon them in the windy and deserted square, resting on the stone pavement beneath the lights. Nicola sat upright, tired. A bundle of unsold newspapers lay at his feet. Jacopo, his head resting upon his brother’s shoulder was asleep. It was nearly midnight.

“Why are you out so late, Nicola?”

“Waiting for the last bus from Padua. We shall sell all our papers when it comes in.”

“Must you work so hard? You both look rather tired.”

“We are not complaining, sir.”

But next morning, when I went over to the fountain to have my shoes shined, I said, “Nicola, the way you and Jacopo work, you must earn quite a bit. You spend nothing on clothes. You eat little enough when I see you have a meal it’s usually black bread and figs. Tell me, what do you do with your money?”

He coloured deeply under his sunburn, and then grew pale. He looked to the ground.

“You must be saving up to emigrate to America,” I suggested. He looked at me sideways, spoke with an effort.

“We should greatly like to go to the States. But here, at present, we have other plans.”

He smiled uncomfortably. “Just plans, sir,” he answered in a low voice.

“Well,” I said, “we’re leaving on Monday. Is there anything I can do for you before we go?” Nicola shook his head, but suddenly Jacopo said, “Sir,” he burst out, “every Sunday we make a visit to the country, to Poleta, 30 kilometres from here. Usually we hire bicycles.

But tomorrow, since you are so kind, you might send us in your car.”

I had already told Luigi he might have the Sunday off. However, I answered, “I’ll drive you out myself.”

There was a pause. Nicola was glaring at his young brother in vexation. “We could not think of troubling you, sir.”

The following afternoon we drove to the tiny village set high upon the hillside. I imagined that our destinations would be some humble dwellings. But, directed by Jacopo, we drew up at a large red-roofed villa, surrounded by a high stone wall. I could scarcely believe my eyes and before I could recover breath my two passengers had leaped from the car.

“We shall not be long, sir. Perhaps only an hour. May be you’d like to go to the cafe in the village for a drink?” They disappeared beyond the corner of the wall.

After  a  few  minutes  I  followed. I found a grilled side-entrance and, determinedly, rang the bell. pleasant-looking woman with steel-rimmed spectacles appeared. I blinked as I saw that she was dressed in the white uniform of a trained nurse.

“Ah, yes.” Her face lit up; she opened the door to admit me. “Nicola and Jacopo. I will take you up.”

She led me through a cool, tiled vestibule into the hospital – for hospital the villa had become. At the door of a little cubicle the nurse paused, put her finger to her lips, and with a smile bade me look through the glass partition. The two boys were seated at the bedside of a girl of about twenty who, propped up on pillows, wearing a pretty lace jacket, was listening to their chatter, her eyes soft and tender. One could see at a glance her resemblance to her brothers. A vase of wild flowers stood on her table, beside a dish of fruit and several books.

“Won’t you go in?” the nurse murmured. “Lucia will be pleased to see you.”

I shook my head and turned away. I felt I could not bear to intrude upon this happy family party. But at the foot of the staircase I drew up and begged her to tell me all she knew about these boys.

She was eager to do so. They were, she explained, quite alone in the world, except for this sister, Lucia. Their father, widower, a well-known singer, had been killed in the early part of the war. Shortly afterward a bomb had destroyed their home and thrown the three children into the streets. They had always known a comfortable and cultured life – Lucia had herself been training as a singer– and they had suffered horribly from near starvation and exposure to the cold winter.

For months they had barely kept themselves alive in a sort of shelter they built with their own hands amidst the rubble. Then for three years the Germans ruled the city. The boys grew to hate the Germans. When the resistance movement began secretly to form they were among the first to join. When the war was over, and we had peace at last, they came back to their beloved sister. And they found her –suffering from tuberculosis of the spine.” 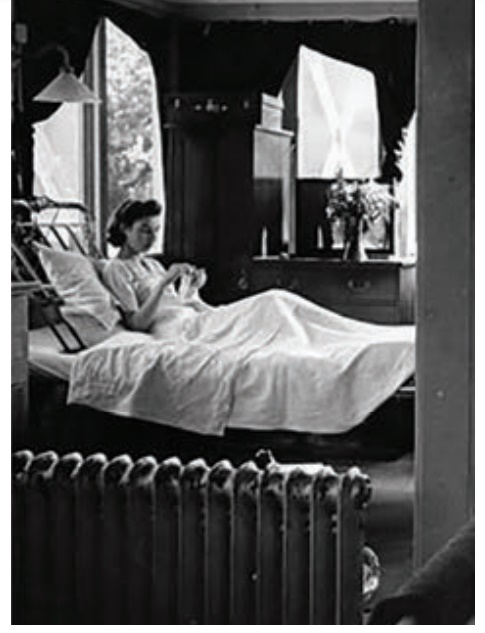 She paused, took a quick breath. “Did they give up? I do not have to answer that question. They brought her here, persuaded us to take her into the hospital. In the twelve months she has been our patient she has made good progress. There is every hope that one day she will walk– and sing–again.”

“Of course, everything is so difficult now, food so scarce and dear, we could not keep going unless we charged a fee. But every week, Lucia’s brothers have made their payment.” She added simply, “I don’t know what they do, I do not ask. Work is scarce in Verona. But whatever it is, I know they do it well.”

I waited outside until the boys rejoined me, and then drove them back to the city. They sat beside me, not speaking. For my part, I did not say a word–I knew they would prefer to feel that they had safely kept their secret. Yet their devotion had touched me deeply.

War had not broken their spirit. Their selfless action brought a new nobility to human life, gave promise of a greater hope for human society.

Archibald Joseph Cronin (1896–1981) was a Scottish novelist, dramatist and physician. A doctor by training, Cronin was one of the most renowned storytellers of the twentieth century. Many of his stories have emerged from his medical career and are noted for their narrative skill, deep social conscience and finely drawn characters. Cronin’s books were not only bestsellers but some of them (such as The Citadel and The Keys of the Kingdom) were made into successful films and were adapted for radio and television. His novella Country Doctor was adapted for a long running BBC radio and TV series

Life is full of ups and downs. It has pleasant surprises as well as rude shocks. Nevertheless, every incident offers a lesson for us to learn and evolve into better individuals.

Mention some unexpected challenges or adversities one could face in life.

What qualities do you think one should possess to handle hardships and overcome them?