a. Read the following words taken from the story. Give two synonyms and one antonym for each of these words. Use a dictionary, if required. 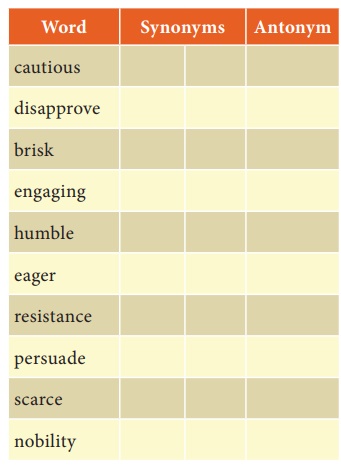 You have already learnt that homophones are words that sound alike but are different in spelling and meaning. E.g. feet – feat / face – phase / sort – sought / hair – heir/

Confusables /confusibles are words that are commonly confused with one another in meaning or usage because of slight similarities in spelling, pronunciation or meaning. e.g. moment – movement / except – expect / human – humane / discover–invent

(i) Given below is a list of common confusables. Distinguish the meaning of each pair of words by framing your own sentences.

emigrate – to move out of

immigrate – to move into

Sentence: My Grandfather emigrated from India to immigrate to USA.

Sentence: Besides watching the folk dance, he was standing beside his car.

Sentence: One should be judicious in judicial matters.

Sentence: The eligible condidates are not selected for their illegible handwriting.

Sentence: The people who have conscience are conscious of many ideas.

Sentence: The most eminent scientist in the world has been warning about the imminent  danger of nuclear war.

Sentence: The police tried to elicit information from the bootlegger who sold illicit liquor.

Sentence: The book which has been prescribed for the B.A class has been proscribed for containing some remarks against a particular religion.

Sentence: The effects of new pension scheme will affect the future of the employees.

Sentence: The teacher gave an aural test by oral in the class yesterday.

Sentence: Many diseases are born by flies which can easily borne.

(ii) Fill in the blanks with suitable homophones or confusables. 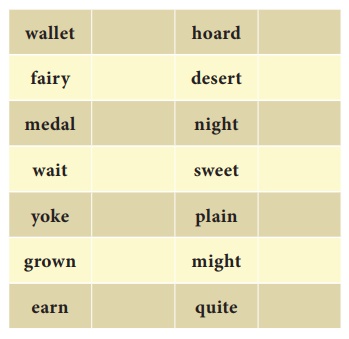 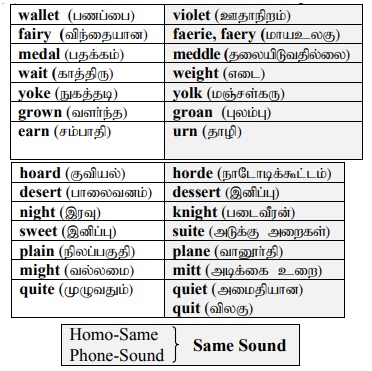 c) Give the meanings of the following phrasal verbs and frame sentences using them.

Sentence: The government cut off the old pension scheme.

come upon – to meet some one (or) to find something by chance.

Sentence: We turned a corner and we came upon an old man.

put out – extinguish (or) to stop fire

Sentence: Mahesh put the light out and went to sleep.

Sentence: A car drew up beside us.

Sentence: Due to low pressure, he passed out on the way.

Sentence: The helicopter takes off at 10 AM.

turn away – oppose (or) resist

Sentence: The people turned away the Hydro Carbon project.

Sentence: Don’t worry, I will stand by you.

bank on – rely (or) confidently

Sentence: The Prime Minister cannot bank on the opposite party’s support.

d) Read the list of words formed by adding suffixes.

Form two derivatives from each of the following words by adding prefixes and suffixes. 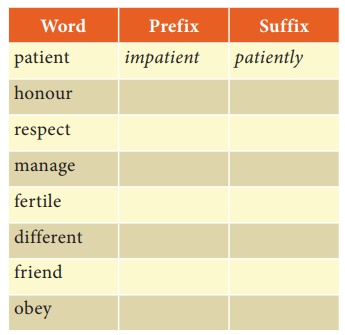 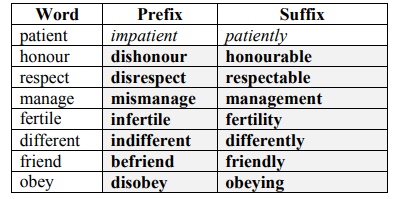