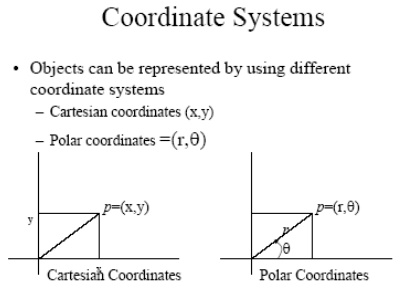 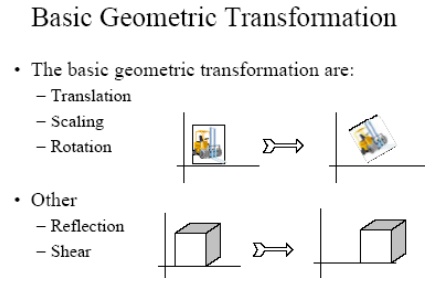 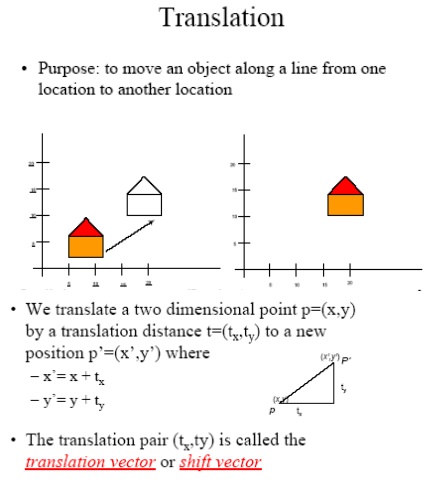 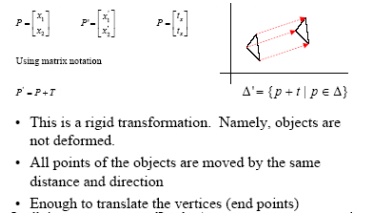 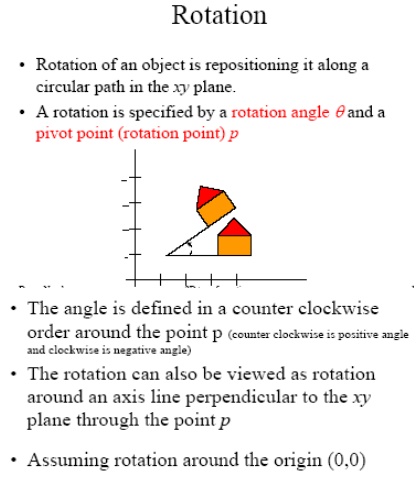 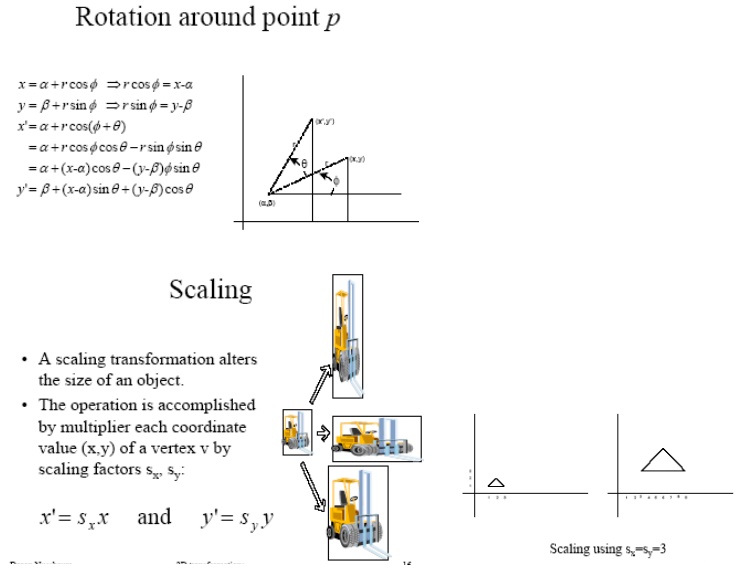 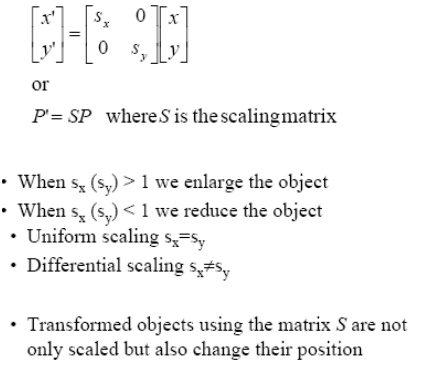 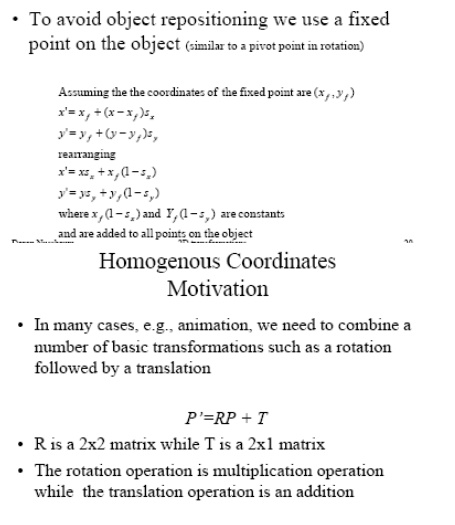 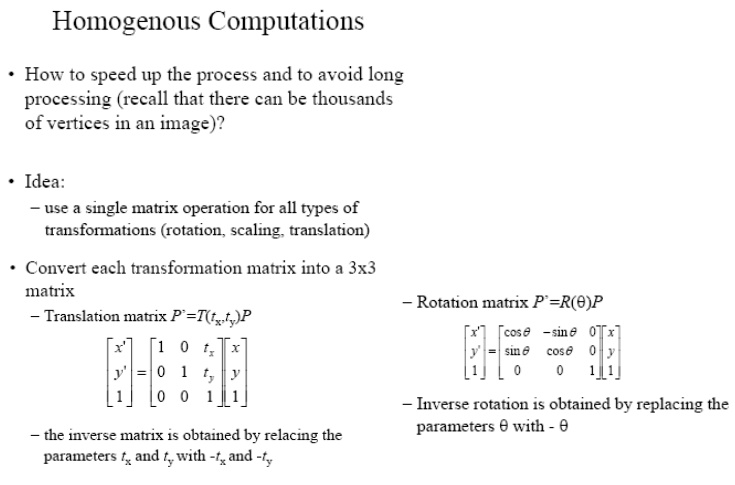 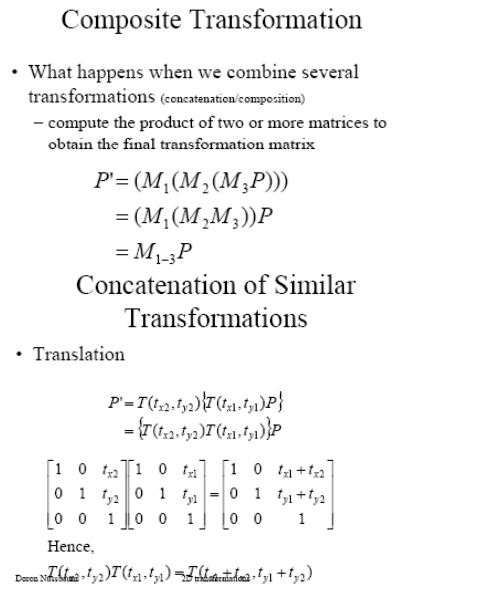 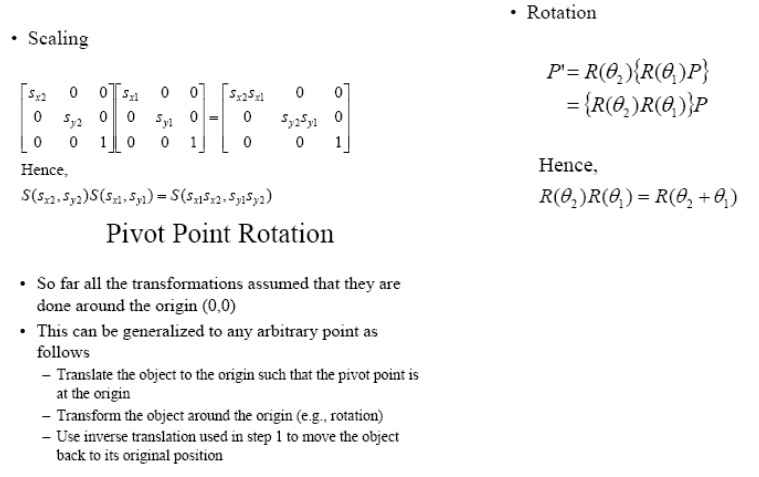 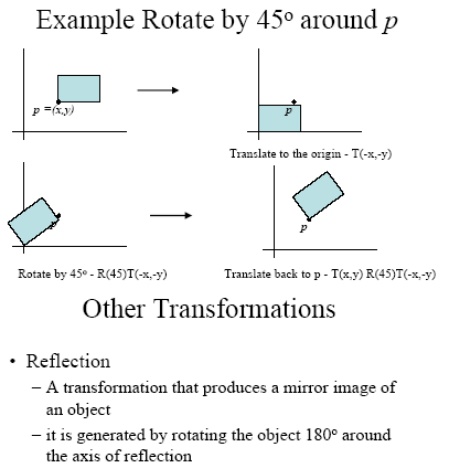 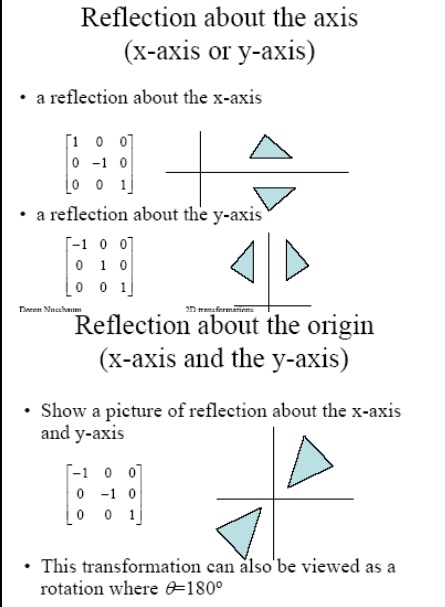 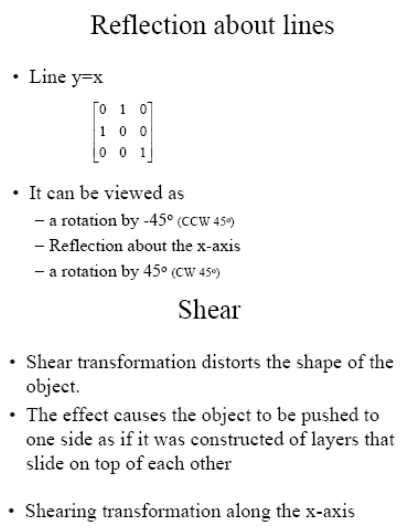 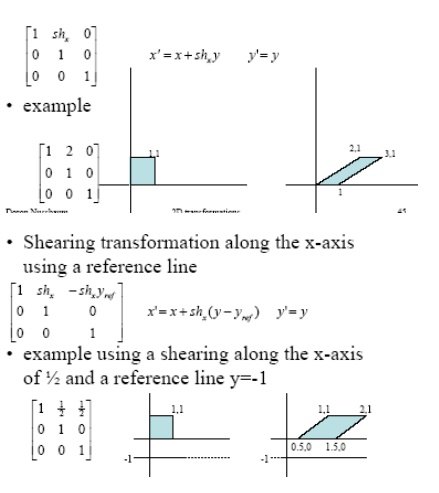 •A world-coordinate area selected for display. defines what is to be viewed

•An area on a display device to which a window is mapped. defines where it is to be displayed

•The mapping of a part of a world-coordinate scene to device coordinates.

•A window could be a rectangle to have any orientation. 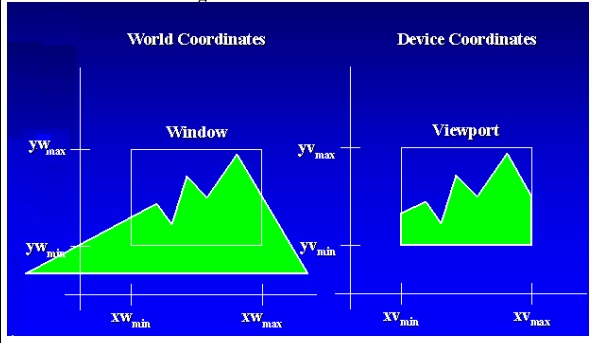 Moving a fixed-sized window across the various objects in a scene.

Viewports are typically defined within the unit square (normalized coordinates) 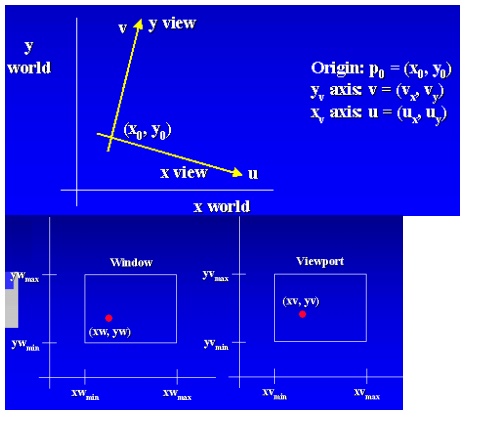 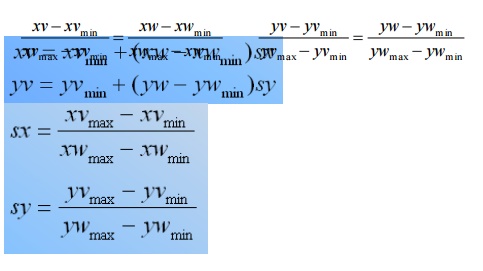 •        Identify those portions of a picture that are either inside or outside of a specified region of space.

•        It can reduce calculations by allowing concatenation of viewing and geometric transformation matrices.

–   Completely inside the clipping window

–   Completely outside the window

–   Partially inside the window

–   A four-digit binary code assigned to every line endpoint in a picture.

–   Numbering the bit positions in the region code as 1 through 4 from right to left.

•        Determined by comparing endpoint coordinates to the clip boundaries

•         Use the resultant sign bit of each difference calculation to set the corresponding bit value.

•        Completely contained within the window 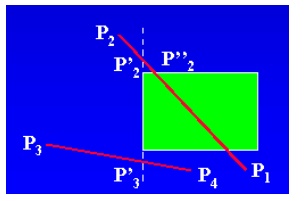 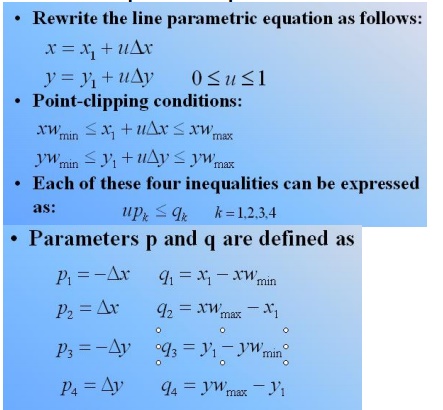 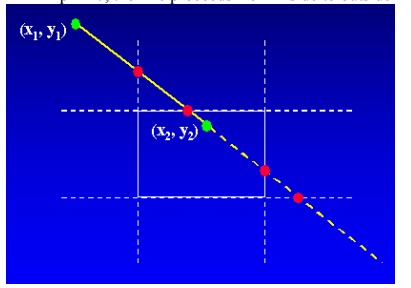 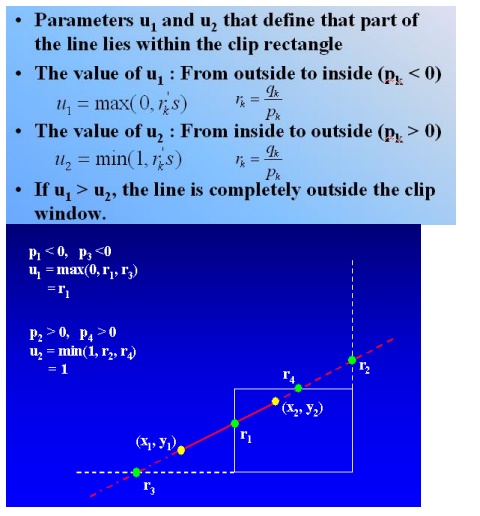 •         First determine the position of P1 for the nine possible regions.

•        The other regions using a symmetry transformation 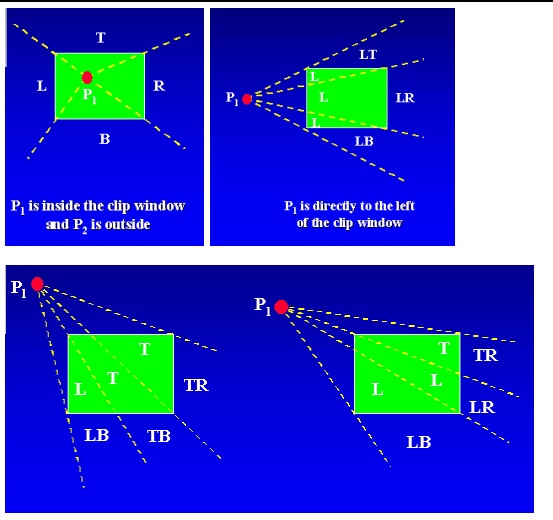 –   Compare the slope of the line to the slopes of the boundaries of the clip region.

–   Example: P1 is left of the clipping rectangle, P2 is in region LT. 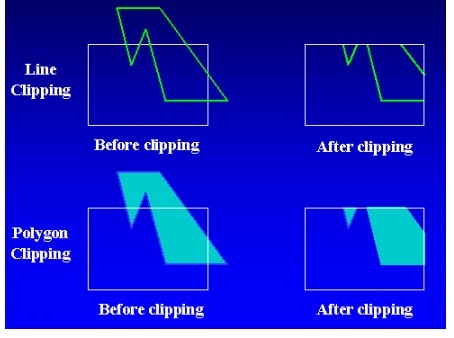 •         Processing the polygon boundary as a whole against each window edge

•         Processing all polygon vertices against each clip rectangle boundary in turn

There are four cases:

•        Once all vertices have been processed for one clip window boundary, it is generated.

•        The output list of vertices is clipped against the next window boundary.

•        It can be eliminated by a pipeline of clipping routine.

•           Developed as a method for identifying visible surfaces

•        It can be applied with arbitrary polygon-clipping region.

•        Not always proceeding around polygon edges

•         For clockwise processing of polygon vertices

•        For an outside-to-inside pair of vertices, follow the polygon boundary.

•        For an inside-to-outside pair of vertices, follow the window boundary in clockwise direction. 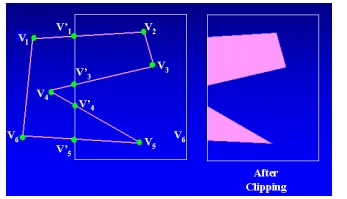 •        Use bounding rectangle to test for overlap with a rectangular clip window.

•        Clip the components of individual characters