Thales, (640 - 540 BC (BCE)) the most famous Greek mathematician and philosopher lived around seventh century BC (BCE). He possessed knowledge to the extent that he became the first of seven sages of Greece. Thales was the first man to announce that any idea that emerged should be tested scientifically and only then it can be accepted. In this aspect, he did great investigations in mathematics and astronomy and discovered many concepts. He was credited for providing first proof in mathematics, which today is called by the name “Basic Proportionality Theorem”. It is also called “Thales Theorem” named after its discoverer. 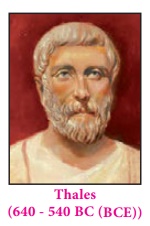 The discovery of the Thales theorem itself is a very interesting story. When Thales travelled to Egypt, he was challenged by Egyptians to determine the height of one of several magnificent pyramids that they had constructed. Thales accepted the challenge and used similarity of triangles to determine the same successfully, another triumphant application of Geometry. Since X0, X1 and H0 are known, we can determine the height H1 of the pyramid.

To understand the basic proportionality theorem or Thales theorem, let us do the following  activity.

A straight line drawn parallel to a side of triangle intersecting the other two sides, divides the sides in the same ratio. 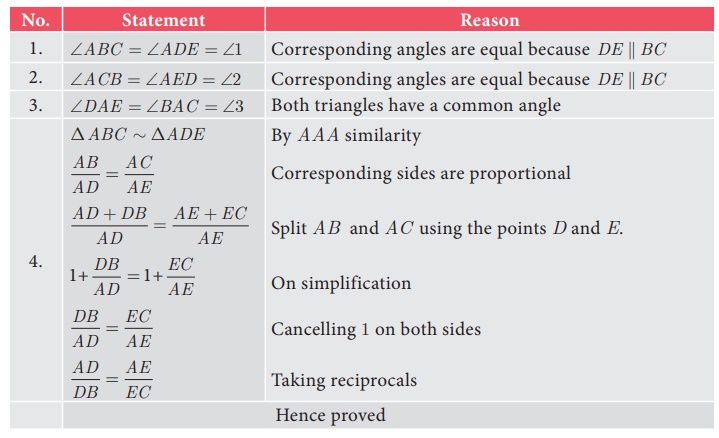 If in ΔABC , a straight line DE parallel to BC, intersects AB at D and AC at E, then 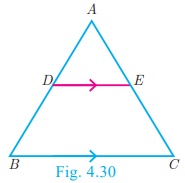 Is the converse of Basic Proportionality Theorem also true? To examine let us do the following illustration.

Similarly joining B2C2, B3C3 and B4C4 you see that 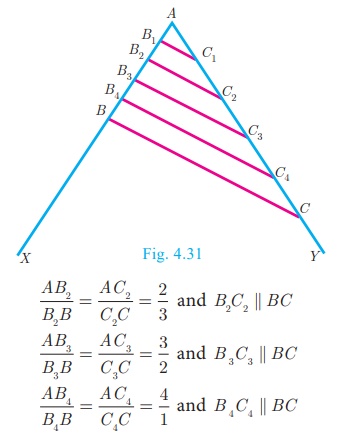 From this we observe that if a line divides two sides of a triangle in the same ratio, then the line is parallel to the third side.

Therefore, we obtain the following theorem called converse of the Thales theorem.

If a straight line divides any two sides of a triangle in the same ratio, then the line must be parallel to the third side. 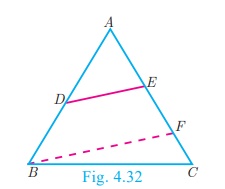 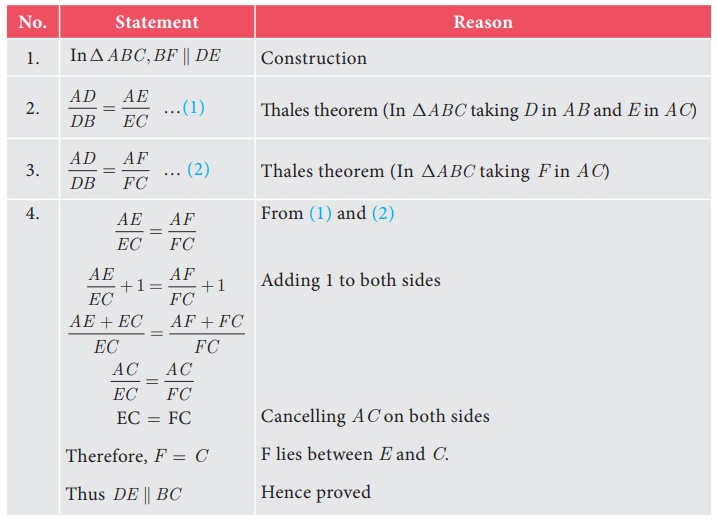 The internal bisector of an angle of a triangle divides the opposite side internally in the ratio of the corresponding sides containing the angle.

Given :  In ΔABC, AD is the internal bisector 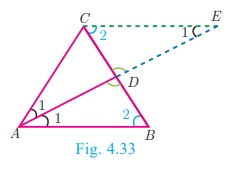 If a straight line through one vertex of a triangle divides the opposite side internally in the ratio of the other two sides, then the line bisects the angle internally at the vertex.

Given : ABC is a triangle. AD divides BC in the ratio of the sides containing the angles ∠A to meet BC at D. 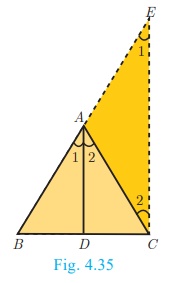 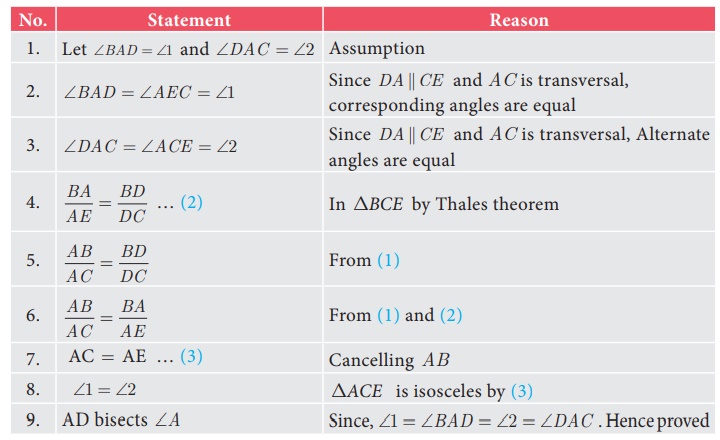 By Thales theorem, we have 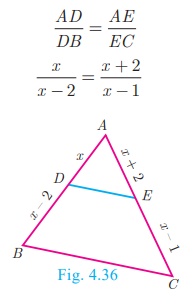 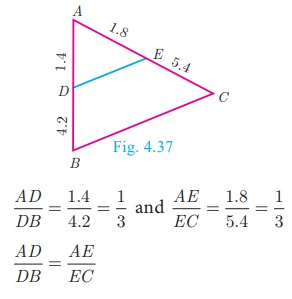 Therefore, by converse of Basic Proportionality Theorem, we have DE is parallel to BC.

Solution In ΔBPA, we have DC || AP . By Basic Proportionality Theorem, 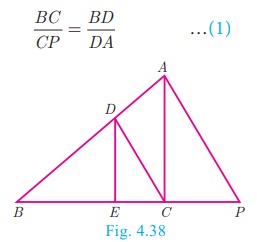 In ΔBCA, we have DE || AC . By Basic Proportionality Theorem, we have

In ΔABC , AD is the bisector of ∠A 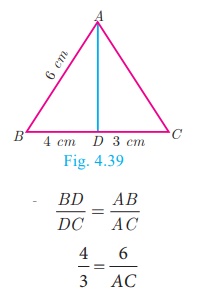 AD is the bisector of ∠A 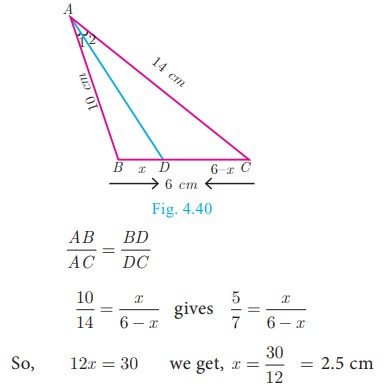