Among all existing theorems in mathematics, Pythagoras theorem is considered to be the most important because it has maximum number of proofs. There are more than 350 ways of proving Pythagoras theorem through different methods. Each of these proofs was discovered by eminent mathematicians, scholars, engineers and math enthusiasts, including one by the 20th American president James Garfield. The book titled “The Pythagorean Proposition” written by Elisha Scott Loomis, published by the National Council of Teaching of Mathematics (NCTM) in America contains 367 proofs of Pythagoras Theorem.

Now we are in a position to study this most famous and important theorem not only in Geometry but in whole of mathematics.

In a right angle triangle, the square on the hypotenuse is equal to the sum of the squares on the other two sides. 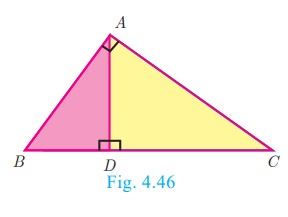 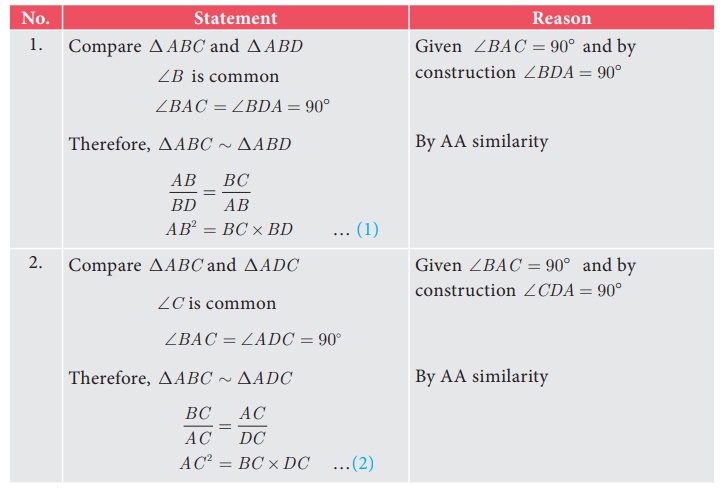 Hence the theorem is proved.

If the square of the longest side of a triangle is equal to sums of squares of other two sides, then the triangle is a right angle triangle.

After moving a distance of x m, let the insect be at C 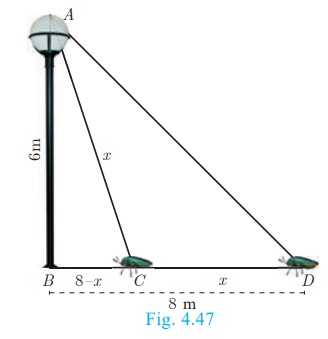 Therefore the insect is 1.75 m away from the foot of the lamp post. 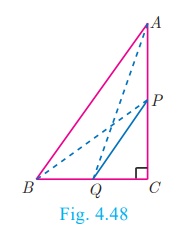 What length of ladder is needed to reach a height of 7 ft along the wall when the base of the ladder is 4 ft from the wall? Round off your answer to the next tenth place. 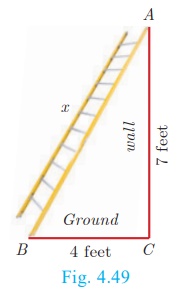 Therefore, the length of the ladder is approximately 8.1 ft. 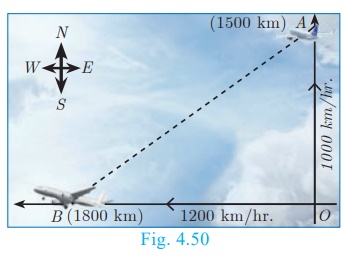 Let the first aeroplane starts from O and goes upto A towards north, (Distance=Speed×time)

Let the second aeroplane starts from O at the same time and goes upto B towards west,

The required distance to be found is BA.