Money supply means the total amount of money in an economy. 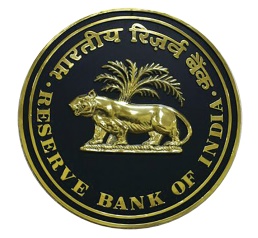 M3 = M2 + Time deposits of all commercial and cooperative banks

M1 and M2 are known as narrow money

M3 and M4 are known as broad money

The gradations are in decreasing order of liquidity.

The new symbol designed by D.Udaya Kumar, a post graduate of IIT Bombay was finally selected by the Union cabinet on 15th July, 2010. The new symbol, is an amalgamation of Devanagri ‘Ra’ and the Roman ‘R’ without the stem. The symbol of India rupee came into use on 15thJuly,2010. After America, Britain, Japan, Europe Union. India is the 5th country to accept a unique currency symbol.

1. Currency Deposit Ratio (CDR); It is the ratio of money held by the public in currency to that they hold in bank deposits.

2. Reserve deposit Ratio (RDR); Reserve Money consists of two things (a) vault cash in banks and (b) deposits of commercial banks with RBI.

3. Cash Reserve Ratio (CRR); It is the fraction of the deposits the banks must keep with RBI.

4. Statutory Liquidity Ratio (SLR); It is the fraction of the total demand and time deposits of the commercial banks in the form of specified liquid assests.