Sun transit outage is an interruption in or distortion of geostationary satellite signals caused by interference from solar radiation.

Sun transit outage is an interruption in or distortion of geostationary satellite signals caused by interference from solar radiation.

Sun appears to be an extremely noisy source which completely blanks out the signal from satellite. This effect lasts for 6 days around the equinoxes. They occur for a maximum period of 10 minutes.

Generally, sun outages occur in February, March, September and October, that is, around the time of the equinoxes.

At these times, the apparent path of the sun across the sky takes it directly behind the line of sight between an earth station and a satellite.

As the sun radiates strongly at the microwave frequencies used to communicate with satellites (C-band, Ka band and Ku band) the sun swamps the signal from the satellite.

The effects of a sun outage can include partial degradation, that is, an increase in the error rate, or total destruction of the signal. 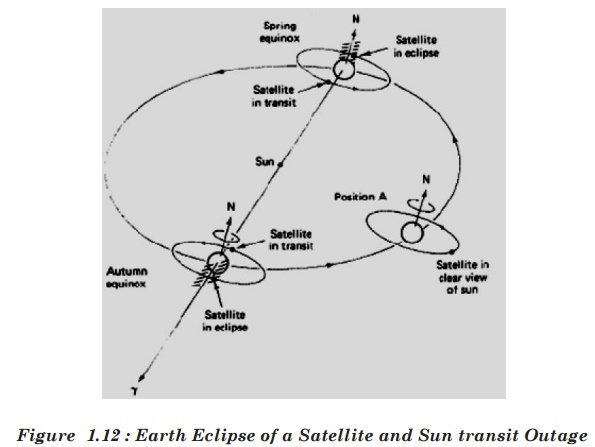