Structure of Glucose, Fructose and Galactose

Glucose may be represented by the following open chain structure.

Structure of Glucose, Fructose and Galactose

Glucose has the molecular formula (C6H12O6) and has a six member ring. Glucose may be represented by the following open chain structure. But in solution it exists only as a six membered ring structure called pyranose form. Glucose is known as grape sugar. 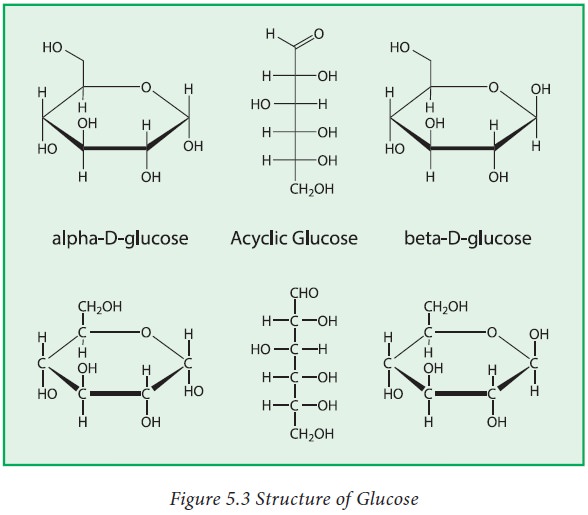 Fructose has the molecular formula (C6H12O6) and has a five member ring. Fructose exists mostly as a five membered ring structure called “furanose form”. Fructose is known as the fruit sugar as its make source in the diet is fruits and vegetables. Honey is also a good source.

Fructose is more soluble than other sugars and hard to crystallize because it is more hygroscopic and holds onto water stronger than the others. This means that fructose can be used to extend the shelf life of baked products more than other sugars. 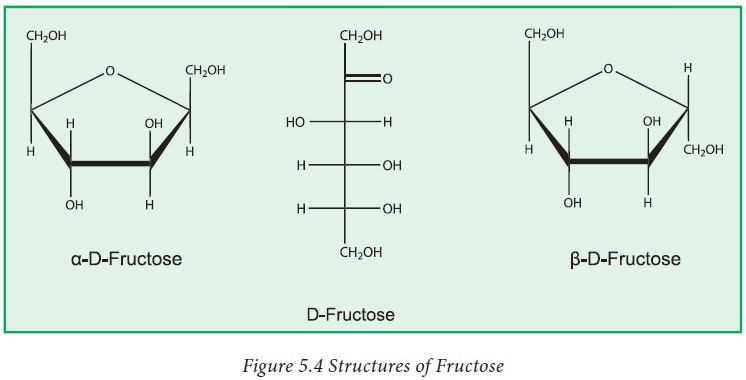 Galactose is a monosaccharide and has the same chemical formula as glucose, i.e., C6H12O6. It is similar to glucose in its structure, differing only in the position of one hydroxyl group. This difference, however, gives galactose different chemical and biochemical properties to glucose. In solution, it forms 5- and 6-membered rings but also exists in linear form. Small amounts of lactose and galactose can appear in nondairy foods. 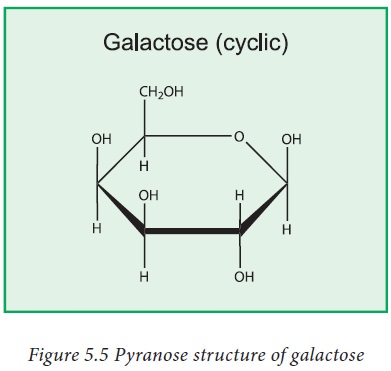 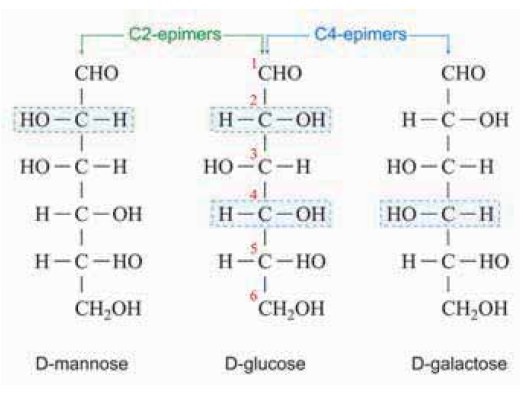 Sugars differing in configuration at the C1 asymmetric center are known as anomers. The C1–carbon is called as anomeric carbon. Thus α-D and β-D forms of glucose are anomers.

Mutarotation was discovered by chemisty dubrunfaut in 1814. Mutorotation is the change in optical rotation due to change in equilibrium between two anomers.

When D-glucose is crystallized at room temperature and a fresh solution is prepared, its specific rotation of polarized light is +112°; but after 12-18 hours it changes to +52.5°. If initial crystallization is taking place at 98° C and then solubilized, the specific rotation is found to be +19°, which also changes to +52.5° within few hours. This change in rotation with time is called mutarotation.