The carbohydrates which on hydrolysis give two monosaccharide units are known as disaccharides.

The carbohydrates which on hydrolysis give two monosaccharide units are known as disaccharides.

a.  Maltose or malt sugar is formed as an intermediate product in the acid hydrolysis of starch.

b.  It is also produced during the course of digestion of starch by pancreatic amyalse.

c.   It is a reducing disaccharide.

e.   It is hydrolyzed by dilute acids (or) enzyme maltase into two α - D - glucose units. 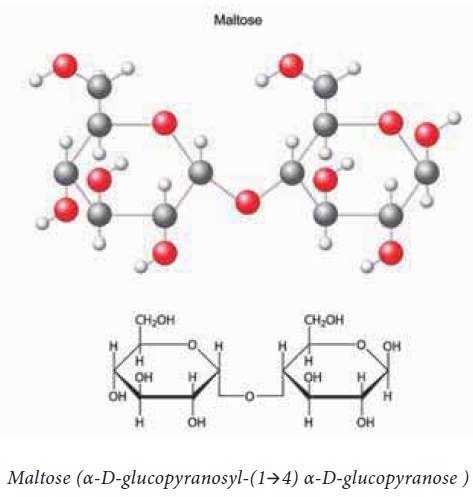 a.  Lactose is formed by the mammary glands. It is milk sugar.

b.  It is a reducing sugar, forms osazone.

d.  It is fermented by yeast.

e.   In the lactose, the galactose and glucose units are held together by α(1-4) linkage. 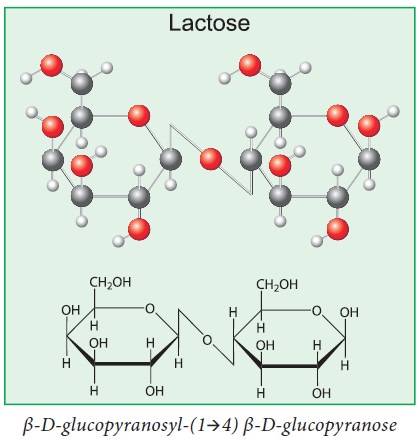 ·     When heated to 200°C it loses water to form a brown mass called caramel. On strong heating, it gives pure carbon with a burnt smell.

·     Sucrose is fermented by invertase into glucose and fructose which are converted to ethanol by zymase. Both these enzymes are available in yeast.

·     Controlled reduction of sucrose gives a mixture of sorbitol and mannitol.

·     It reacts with lime water Ca(OH)2 to give calcium sucrate.

Sucrose is hydrolysed by dilute acids or enzymes like sucrase or invertase into an equimolar mixture of glucose and fructose.

Sucrose is dextrorotatory. But the hydrolysed product is laevorotatory. Since the direction of rotation is reversed, this phenomenon is known as inversion of cane sugar. The mixture of sugars formed on hydrolysis is known as invert sugar.

According to Hudson, sucrose is first split into α-D(+) glucopyranose and β-D(+) fructofuranose, both are dextro rotatory. However, the less stable β-D(+) fructofuranose then sets up an equilibirum with its more stable isomer, α-D(–) fructopyranose which is strongly laevorotatory. Thus, the invert sugar gives a specific rotation of –28.2°. 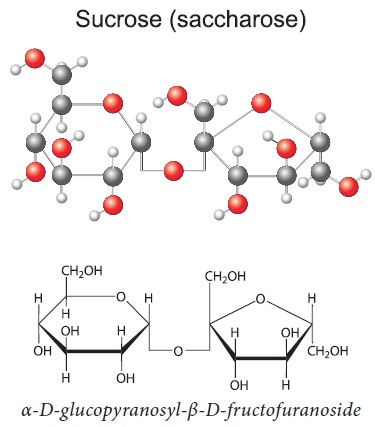 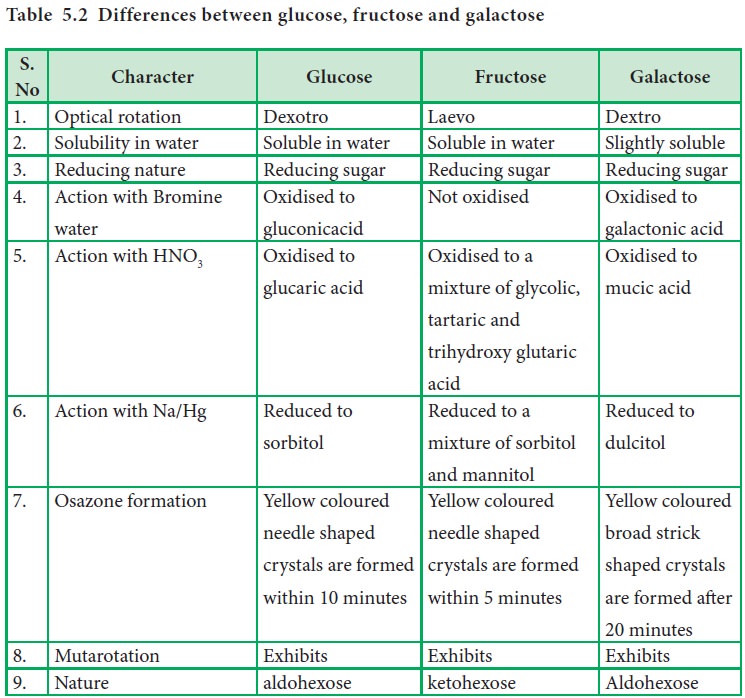 5.3 Differences between sucrose, lactose and maltose