Determining the amino acid sequences and three-dimensional structures of antibodies has greatly helped our understanding of how they are encoded by a reasonable number of genes and how they function.

The Structure of Antibodies

Determining the amino acid sequences and three-dimensional structures of antibodies has greatly helped our understanding of how they are encoded by a reasonable number of genes and how they function. Although eight major classes of human antibody are known, this chapter deals primarily with the IgG group which contains IgG3, IgG1, IgG2b, and IgG2a. This is the most prevalent antibody in serum. The other antibodies are IgM, the first detectable antibody synthesized in response to an antigen, IgD, IgE, and IgA. These have slightly different structures and apparently are specialized for slightly different biological roles. IgG contains four polypeptide chains, two identical light, or L, chains of 22,500 molecular weight, and two identical heavy, or H, chains of about 50,000 molecular weight, giving a structure H2L2. Two subclasses of light chains are known in mouse and humans, kappa and lambda, whereas the eight major immunoglobulin classes are determined by the eight types of heavy chain, M, D, G3, G1, G2b, G2a, E, and A. 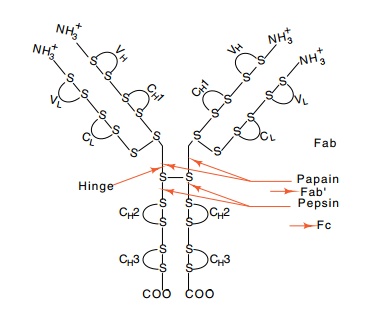 Figure 20.3 The structure ofIgG. The antigen-binding site is at the amino terminal end. V and C indicate variable and constant regions, respectively. H and L indicate heavy and light chains, respectively, and the numbering refers to do-mains.

The amino acid sequences of both the L and the H chains of IgG isolated from myelomas revealed an astonishing fact. About the first 100 amino acid residues of each of these chains are highly variable from antibody to antibody, whereas the remainder of the chains is constant (Fig. 20.4). Even more remarkable, however, is the finding that three or four regions within the variable portion of the protein are hypervariable. That is, most of the variability of the proteins lies in these regions. In view of their variability, such regions are likely to constitute the anti-gen-binding site of the antibody molecule. This suspicion was confirmed by affinity labeling of antibodies with special small-molecule antigens that chemically link to nearby amino acid residues. They were found to link to amino acids of the hypervariable portions of the L and H chains, just as expected.

Proteins from myelomas also assisted the X-ray crystallography of antibodies. Without the homogeneity provided by monoclonal antibod-ies, the crystal structures of antibodies could never have been determined.

Figure 20.4 The variability ofthe light chains as a function of residue position. The hyper-variable regions show as regions with significantly greater variability. 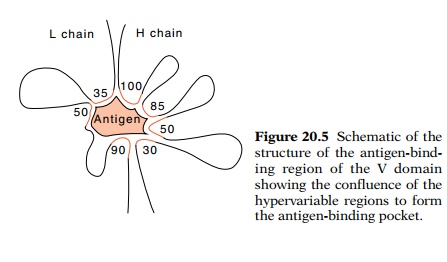 Figure 20.5 Schematic of thestructure of the antigen-bind-ing region of the V domain showing the confluence of the hypervariable regions to form the antigen-binding pocket.

The structure of Fab fragments confirms most of the postulates that the amino acid sequence raised. The hypervariable portions of the L and H chains together form the antigen-binding site at the end of each arm of the antibody molecule in a domain formed by the variable regions (Fig. 20.5). In addition, the constant region of the L chain and the first constant region, CH1, of the H chains form another domain (shown earlier in Fig. 20.3). The constant regions CH2 and CH3 of the two heavy chains form two additional domains of similar structure.

The fact that the variable portions of the L and H chains together form the antigen-binding site greatly reduces the number of genes required to specify antibodies. If any one of 1,000 L chains could combine with any one of 1,000 different H chains, then a total of 2,000 different genes could code for antibodies, with a total of 1 × 106 different binding specificities. The next sections describe how B lymphocytes combine small numbers of segments of the L and H genes to generate large numbers of different L and H genes, which then generate still larger numbers of antibodies because an L chain can function with most H chains. Techniques similar to those used for study of the antibody genes from B cells have also been applied to the identification and analysis of clones containing the genes encoding the T cell antigen receptors. These proteins also contain two polypeptides with variable and constant regions, and DNA rearrangements during the ontogeny of the organism also generate diversity.