The segments of embryonic DNA encoding the V regions of both the lambda and kappa light chains of mouse IgG do not code for about 13 amino acids normally considered to be the last part of the variable region of the protein.

The segments of embryonic DNA encoding the V regions of both the lambda and kappa light chains of mouse IgG do not code for about 13 amino acids normally considered to be the last part of the variable region of the protein. The sequence of the embryonic C region DNA does not solve the problem, for it contains just the amino acids that are constant from antibody to antibody. The missing amino acids have been found to be encoded by a segment of DNA lying from 1 to 3 kilobases (Kb) upstream from the 5’ end of the C region gene. This region is called the J region because it is joined to the V region in the process of DNA rearrangement that connects a V and C region pair.

Of course, the most direct demonstration of the existence of a J region was provided by sequencing. But Tonegawa had first performed R-loop-ing to locate the J region approximately. Light chain messenger from myelomas was hybridized to C region DNA cloned from embryos (Fig. 20.6). The R-looped structures of the lambda chain located a short region with the necessary coding properties about 1,000 to 3,000 nu-cleotides upstream from the C region. By contrast, kappa light chain mRNAs extracted from a series of myelomas indicated the existence of four different J regions ahead of the kappa C segment. Thus the presence of these J regions adds another means for generation of antibody 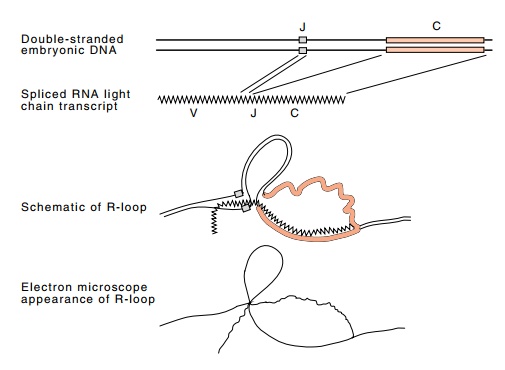 Figure 20.6 Genesis of an R-loop demonstrating the existence and location ofa J region. In the embryonic DNA no V region is near a J-C region. 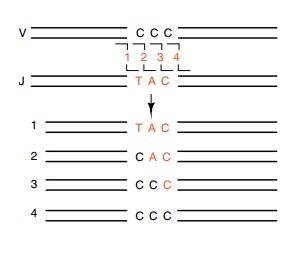 Figure 20.7 The variable positionof the crossover joining the V and J regions can create several different codons at the join region.

diversity. Any of the several hundred V segments can be linked to the C segment by any one of the four J regions. Since the J regions of the light chains lie just beyond the third hypervariable region of the antibody, variability in this position has a direct effect on the structure of the antigen-binding site of the resultant antibody and the affinity of the antibody-antigen binding.

While nucleotide sequencing revealed a total of five kappa chain J regions, sequencing of myeloma proteins showed that one of the J regions is not functional. This finding is in keeping with the absence of a GT sequence at the beginning of a splice site on this potential J region gene.

Nucleotide sequencing by Leder demonstrated that additional diver-sity was also generated in connection with the J regions. The DNA crossover site that connects the V segment to one of the J regions is not fixed. Slight variability in its position creates codons not present on either the V or the J segment being joined (Fig. 20.7).

Figure 20.8 The process of genome rearrangement and transcript splicing thatfinally yields a processed mRNA molecule capable of being translated into an intact immunoglobulin light chain.

The J region and the surrounding sequences are special. Immediately upstream of the J region itself lie signals that are used in the DNA splicing of a V region to the J region (Fig. 20.8). Then, immediately after the J region are the nucleotides that signal the mRNA processing machinery so that the intervening sequence of about 2,500 bases be-tween the J region and the beginning of the C region can be removed and the messenger can be made continuous for translation. Later sections explain two additional functions of this region: activating transcription and serving as one end of a deletion that changes the C region joined to the V-J region.