Prob : 5.1 A body at 200oC undergoes an reversible isothermal process. The heat energy removed in the process is 7875 J. Determine the change in the entropy of the body. 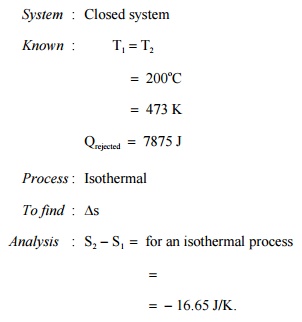 Comment :  Entropy decreases as heat is removed from the system. 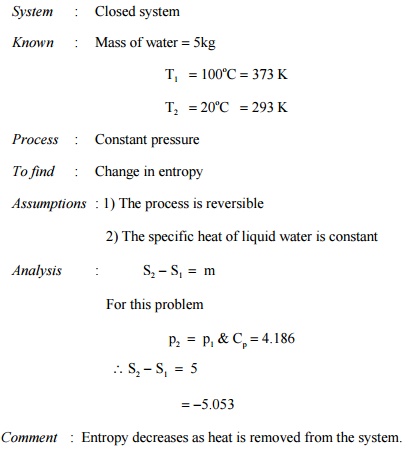 Prob : 5.3 Air is compressed isothermally from 100 kPa to 800 kPa. Determine the change in specific entropy of the air.

Comment  :   For air the ratio of Cp and Cv is equal to 1.4. Therefore the polytropic index  n -1.3(<1.4) indicates that some heat is removed from the system resulting in negative entropy.

Process :  Constant volume since the gas is stirred in an rigid container 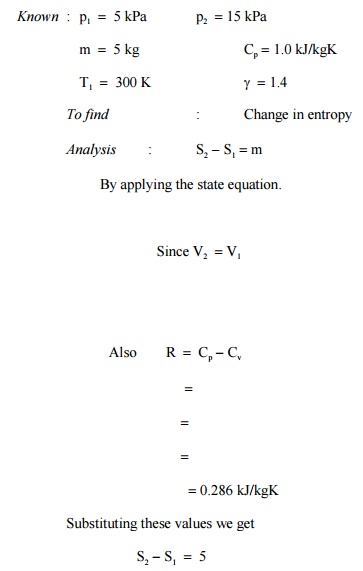 Comment : Though this process is adiabatic it is not isentropic since the process of stirring is an irreversible process.

Prob : 5.6 An insulated rigid vessel is divided into two chambers of equal volumes. One chamber contains air at 500 K and 2 MPa. The other chamber is evacuated. If the two chambers are connected d, what would be the entropy change ? 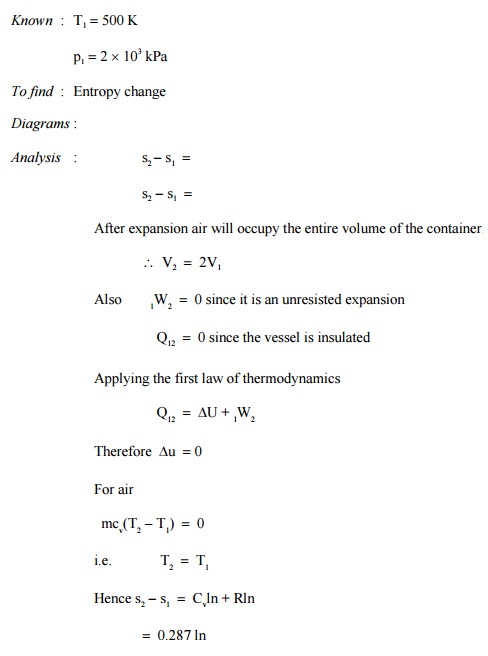 unresisted expansion is an irreversible process. It also proves the fact 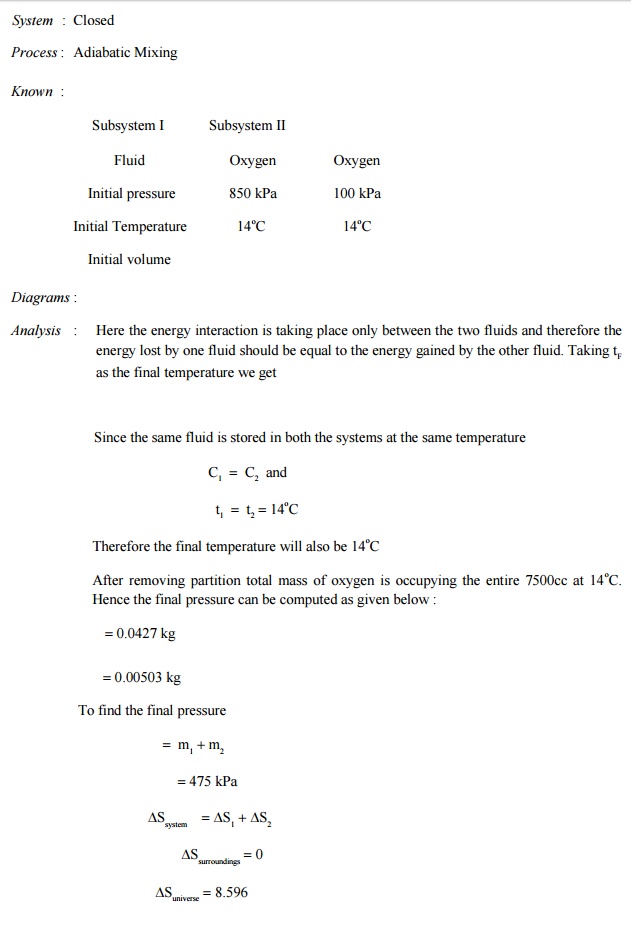 Prob : 5.8 A closed system is taken through a cycle consisting of four reversible processes. Details of the processes are listed below. Determine the power developed if the system is executing 100 cycles per minutes. 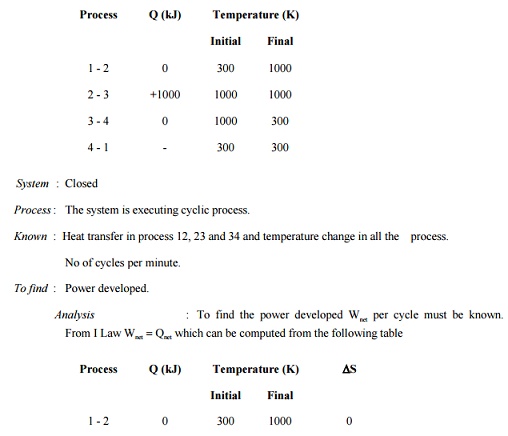 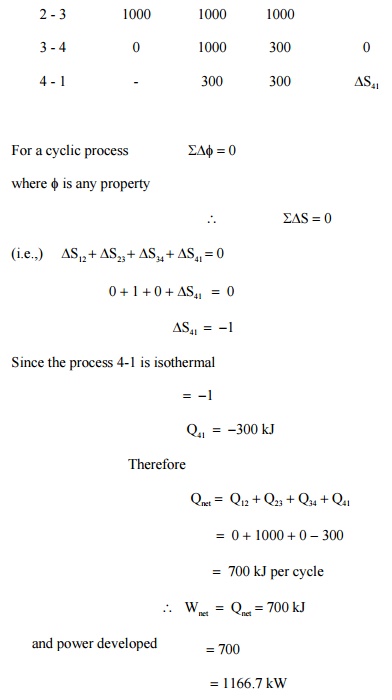