Society and Economy - Evolution of Society in South India

In the Sangam Age the wars waged by the Vendar were involved in expanding their territorial base by annexing the enemy’s territories.

In the Sangam Age the wars waged by the Vendar were involved in expanding their territorial base by annexing the enemy’s territories. Endemic warfare presumably created conditions for social disparities. War captives serving in some cult centres are mentioned. Some references to slaves are also found there.Women were actively engaged in economic production and there were a significant number of women poets in the Sangam Age.

There is evidence of craft production such as bronze vessels, beads and gold works, textiles, shell bangles and ornaments, glass, iron smithy, pottery making. Craft production was common in the major urban centres such as Arikamedu, Uraiyur, Kanchipuram, Kaviripattinam, Madurai, Korkai, and Pattanam in Kerala. Maduraikanchi speaks about day markets as well as and night markets selling several craft goods. Raw materials for the production of various objects and ornaments were not available everywhere. Precious and semi-precious stones were collected, which were exchanged for other commodities. Such raw materials reached the industrial centres, where various objects were made, and they were again exchanged for some other produce. 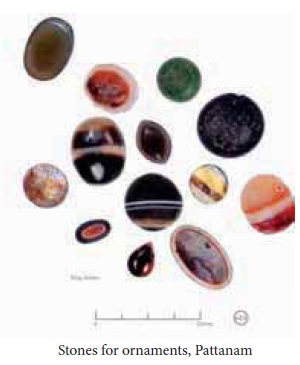 The names of persons mentioned in inscriptions on pottery reveal the presence of non-Tamil speakers, mostly traders, in certain craft centres and towns. Traders from faraway regions were present in the Tamil country. Manimegalai refers to Magadha artisans, Maratha mechanics, Malva smiths and Yavana carpenters working in co-operation with Tamil craftsmen. Trade-related terms such as vanikan, chattan and nigama appear in the Tamil-Brahmi inscriptions. Salt merchants called umanar, travelled in bullock carts along with their families for trade activities. Chattu referred to the itinerary or mobile merchants. 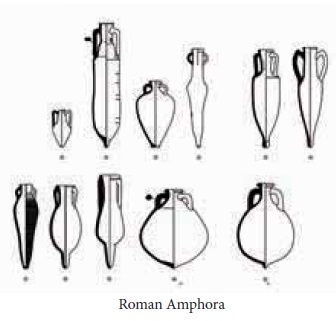 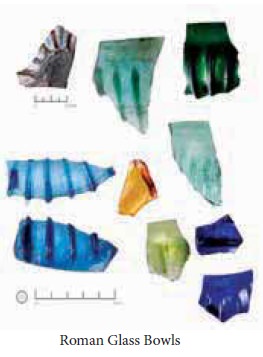 In trade, barter system was much in vogue, though coins were also in use. Roman coins circulated as bullion. Long distance trade existed and the connections with the Roman empire and southeast Asia are in evidence at many archaeological sites. The southern part of India, because of its easy access to the coast and location in the maritime trade route connecting the East and the West, played an important role in the overseas contacts. The major early historic ports have evidence of Roman amphora, glassware and other materials suggesting active maritime activities. The wealth brought by the Romans and the arrival of foreign merchants is evidenced in archaeology as well as literature. Roman gold and silver coins have been found in many hoards in the Coimbatore region and in many other places in south India.