Body fat is located both internally and subcutaneously. If one assumes a constant relationship between subcutaneous fat and total body fat, then total body fat can be estimated by measuring the amount of the subcutaneous adipose tissue. The amount of subcu-taneous tissue can be estimated by measuring the thickness of the subcutaneous fat layer at different sites of the body using a skinfold caliper, infrared interactance, or ultrasound measurements. In a given age group, the relation between subcutaneous fat and total fat is indeed relatively constant. However, the relationship is different between males and females, females having relatively more internal fat. Thus, it is possible by using age- and gender-specific prediction equations to assess the total amount of body fat by measuring skinfolds at different sites of the body.

Skinfolds can be measured all over the body. The most often measured skinfolds for the assessment of total body fat are skinfolds on the upper arm biceps 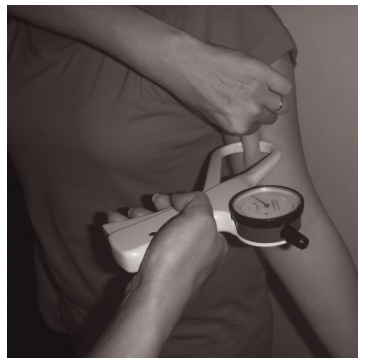 Figure 2.5 Measurement of the biceps skinfold.

(Figure 2.5) and triceps, under the scapula (subscapu-lar) and above the iliac crest (suprailiac). The sum of more skinfolds is normally used to reduce the error in measurement and to correct for possible differ-ences in subcutaneous body fat distribution between subjects within the same age and gender group. Various prediction formulae for body fat from skin-fold thickness have been published. For children, in whom the relationship between skinfold thickness and body fat depends on biological age, separate for-mulae must be used.

Measuring skinfolds adequately requires a trained and experienced observer, otherwise excessively large errors in the assessment of the body fat can occur. A disadvantage of the method is that the subject has to be partly undressed. This hampers the use of the method in epidemiological studies. In bed-ridden or seriously ill patients the measurement of the trunk skinfold thicknesses can be difficult.

This can be over-come by measuring only the skinfold thickness at the upper arm, for example the triceps. However, the error can be large because the triceps does not neces-sarily represent the total amount of subcutaneous fat. With advancing age, the triceps skinfold becomes less representative of total body fat.

In elderly subjects, the correlation between skin-fold thickness and total body fat as measured by densitometry is generally lower than in young and middle-aged adults. This is due to an increased amount of internal fat in the elderly. Obese subjects are difficult to measure and the error is large even when measured by trained observers. This is also the case in subjects with edema, in whom the thickness of the subcutaneous adipose tissue is easily overesti-mated. In patients with human immunodeficiency virus (HIV) lipodystrophy, peripheral subcutaneous fat may be almost absent, while abdominal fat is increased. In this situation, skinfolds can be very mis-leading as indicators of total body fat, and should be used only to assess regional fat.

The calculation of the body fat percentage once the skinfolds have been measured is very simple. For a given skinfold thickness, the amount of body fat can be read from a table (Table 2.6).

The prediction error in body fat percentage is 3–5% compared with densitometry, depending on age, gender, and level of body fatness. Given the possible error in densitometry (3%), this means that in extreme cases body fat from skinfolds can be as much as 10– 15% off.