In the earlier classes, we have seen that a set is a collection of well-defined objects.

In the earlier classes, we have seen that a set is a collection of well-defined objects. As the theory of sets is the building blocks of modern mathematics, one has to learn the concepts of sets carefully and deeply. Now we look at the term “well-defined” a little more deeply. Consider the two statements:

The terms “beautiful flowers” and “old men” are not well-defined. We cannot define the term “beautiful flower” in a sharp way as there is no concrete definition for beauty because the concept of beauty varies from person to person, content to content and object to object. We should not consider statements like “the collection of all beautiful flowers in Ooty Rose Garden” as a set. Now, can we say “the collection of all red flowers in Ooty Rose Garden” a set? The answer is “yes”.

One may consider a person of age 60 as old and others may not agree. There is no specific and concrete definition for “old men”. The second statement can be made more sharply as “the collection of all men in Tamilnadu of age greater than 70”.

Now, the above collection becomes a set because of definiteness in the age. Thus, the description of a set should enable us to concretely decide whether a given particular object (element) is available in the collection or not. So set is a distinguishable collection of objects.

We have also seen and learnt to use symbols like ∈, ⊂, ⊆, ∪ and ∩. Let us start with the question:

At the first sight one may hurry to say that this is always meaningless by telling, “the symbol ∈ should be used between an element and a set and it should not be used between two sets”. The first part of the statement is true whereas the second part is not true. For example, if A = {1, 2} and = {1, {1, 2}, 3, 4}, then A ∈ B. In this section we shall discuss the meaning of such symbols more deeply.

and the intersection as 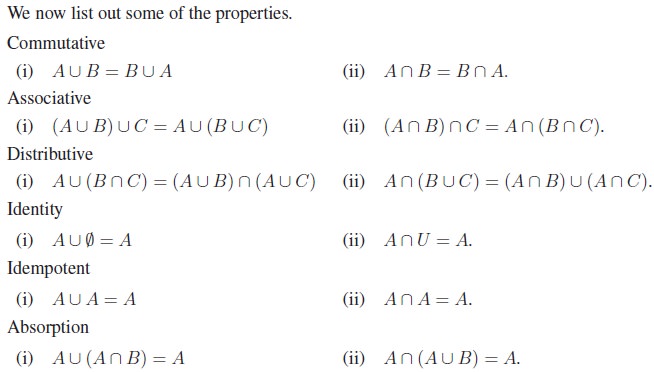 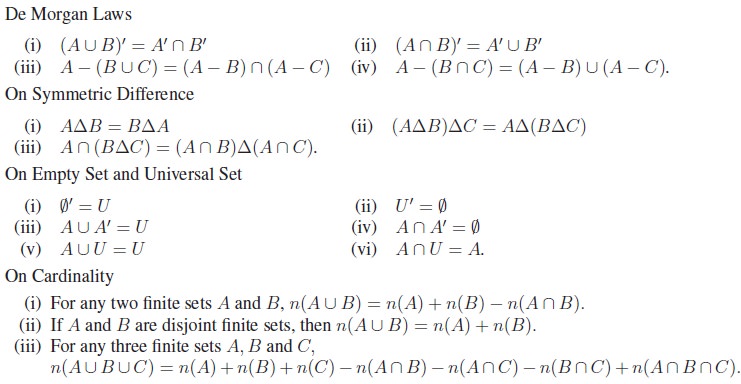